Republicans relied on a campaign around “sanctuary cities” to win a special election in Florida this week. It didn’t work. 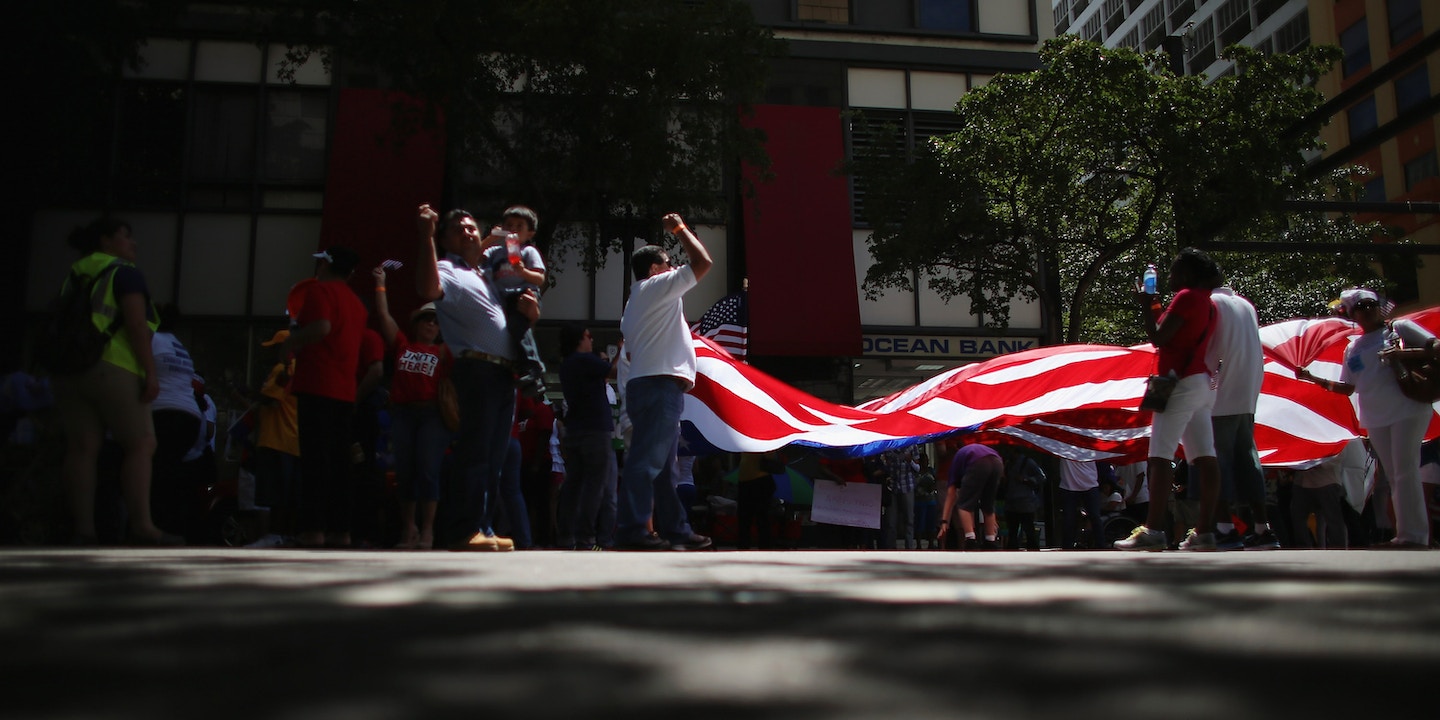 In a special election on Tuesday, Florida’s Republicans took a page from Ed Gillespie’s playbook and deployed the threat of “sanctuary cities” to scare up the votes to win.

And, as it did in Virginia, the book ended the same way, with Republicans losing at the polls. Democrat Margaret Good beat Republican James Buchanan, son of Rep. Vern Buchanan, 52-45 percent, after Trump had carried the Sarasota district a year ago.

After weeks of dodging forums with the other candidates, Buchanan raised the sanctuary issue in a debate with Good and libertarian Alison Foxall in late January. “I do think as far as sanctuary cities are concerned, we should not have any sanctuary cities here in the state of Florida,” he said. “We shouldn’t be harboring illegal immigrants.”

“We must end sanctuary cities and put a stop to benefits for illegal immigrants,” reads the campaign website.

Good — who based her campaign for office on opposition to school vouchers and support for Medicaid expansion and environmental protection — countered Buchanan by insisting she cares about public safety, but pushed back on what she viewed as a larger assault on local control. “I think it’s important to remember that we are a country of immigrants,” she countered. “But let me be clear, if someone commits a crime in Sarasota or in Florida, they should be punished. And it does not matter what your immigration status is at that point. I think as far as home rule and sanctuary cities goes, that’s yet another example of the legislature trying to tell local governments what to do. And I leave it to local law enforcement and the federal government to follow the law.”

A political action committee called Leadership for Florida’s Future has been sending mailers hitting Good on the issue. The Intercept obtained a copy of one below: Buchanan has said he is not responsible for the mailers, saying that they are being sent by “third-party groups.” Leadership for Florida’s Future is chaired by Michael Millner, a longtime GOP-aligned campaign consultant. Millner is known to be willing to play both sides of an issue to win an election. Although his committee is aligning with Trump-like views in this election in which Republican turnout is key, his very same committee in 2016 was running negative mailers comparing a Democrat to Donald Trump in a Democratic-leaning race.

The larger political context is that Republicans in the legislature are trying to pass the toughest law in the nation penalizing local public agencies for shielding undocumented immigrants. Florida’s Republican House Speaker Richard Corcoran went on TV with an ad touting the change. It features a fair-skinned, redheaded woman in a Florida suburb being accosted by a man in a hoodie with a gun — implying that sanctuary status would enable violence.

Currently, there are very few communities in Florida that have this designation. Four localities, mostly small ones have been designated by Immigration and Customs Enforcement or the Department of Justice as having policies that are equivalent to sanctuaries: Clay County, Hernando County, Alachua, and West Palm Beach. Miami was once designated as a sanctuary city, but that designation was removed last year with the approval of the Trump administration.

Collectively, about half a million Floridians live in these locations, in a state of 20 million people.

But Kara Gross, legislative counsel at the Florida American Civil Liberties Union, pointed out to The Intercept that the bill Florida Republicans are supporting does not just take aim at sanctuary cities. “The bill doesn’t even mention the word sanctuary city,” she noted. “It’s about basically any policy that might limit the ability of law enforcement to make determinations on their own about how they want to interact with their immigrant communities.” As written, the legislation would enable the state to fine even a public university that refuses to honor immigrant detainers up to $5,000 a day.

There was always a chance that such a harsh measure against something that isn’t even relevant could backfire on Buchanan, much as it did Gillespie.

But the 72nd District is not directly analogous to the state of Virginia. Virginia’s increasing diversity is making racially tinged attacks less effective than they would have been in the past. The 72nd, which includes Sarasota Beach, is home to a large elderly white population that Republicans could reasonably believe might be more receptive to fears about crime from undocumented immigrants.

The district narrowly went to Trump in November 2016 by around five points. On the state house level, Republicans easily picked up the seat in 2016 by a 16-point margin, though a last-minute scandal involving alleged sexual misconduct by the Democratic candidate was a major factor in the race.

There were, however, signs that Democrats had the momentum heading into election day. According to the latest campaign finance figures, Good had raised over $484,000, partly with the help of Sister District, which adopted her race and encouraged progressives from around the country to pour money in.

Buchanan, on the other hand, had raised just over $353,000. The district was also subject to the same trends that are occurring across the wider South, where Democrats were victorious in a number of special elections in previously GOP-held seats. Last year, a Democrat bested a Republican in a special election for a state Senate seat. Previously, the district was a plus-10 GOP seat.

Top photo: People participate in a protest march that organizers said was an attempt to get the U.S. Congress to say yes to immigration reform on April 6, 2013 in former sanctuary city, Miami, Fla.