A new ACLU report on modern-day debt imprisonment finds that courts issue tens of thousands of arrest warrants yearly for debtors owing as little as $30. 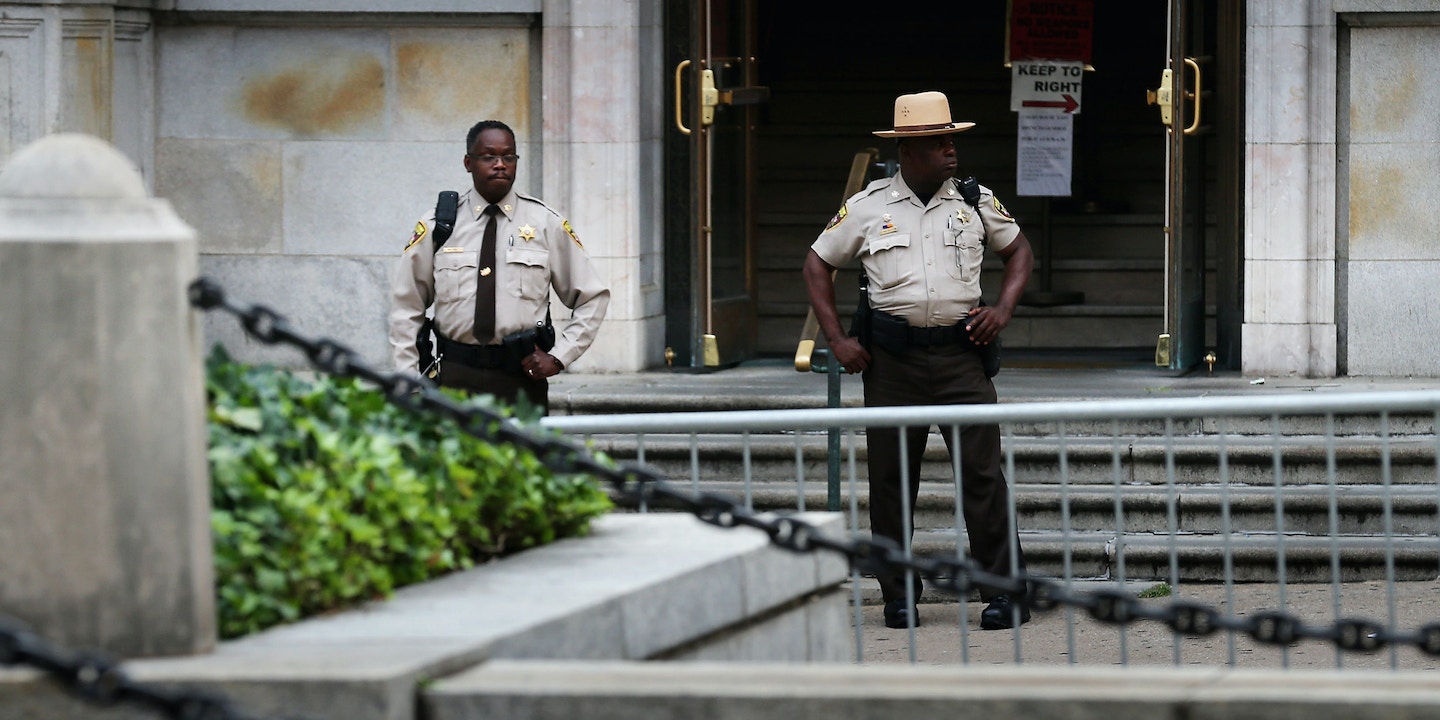 On Christmas Eve in 2013, an out-of-work welder named Rex Iverson was rushed to a Utah hospital. He survived, but was hit with a hefty bill for the ambulance ride. There is a widespread assumption that that indigent patients never have to pay emergency room bills they can’t afford, and instead the cost is passed on to those with insurance.

But in fact, companies and municipalities pursue such debts aggressively. In Iverson’s case, the city operating the ambulance service won a $2,300 judgement against him in small claims court, but he had no wages to garnish. A judge issued a warrant for Iverson when he didn’t return to court to discuss the unpaid debt.

“We go to great lengths to never arrest anybody on these warrants,” Box Elder County Chief Deputy Sheriff Dale Ward later said. “But we make every effort to resolve the issues without making an arrest on a civil bench warrant. The reason we do that is we don’t want to run a debtors’ prison. There is no reason for someone to be rotting in jail on a bad debt.”

In January 2016, a deputy sheriff knocked on Iverson’s door and arrested him. The judge had set a $350 bail, which Iverson told jail officials he could not pay. Later the same day, Iverson, 45, was found dead in a holding cell, an all-too-common occurrence in American jails. An investigation determined that he had killed himself by ingesting strychnine poison.

The sheriff’s office “made every effort to keep Mr. Iverson out of jail in relation to warrants issued regarding this debt,” Ward told The Intercept in a statement, noting that his office would not defy a court order. “When the court issues a warrant for arrest we are obligated to serve that warrant as ordered, no matter what the underlying reason may be.”

Iverson’s story is just one of many documented in a damning new report from the American Civil Liberties Union that finds that collectors ranging from federal student lenders, to third-party debt buyers, to utility and ambulance services routinely wield the threat of arrest to intimidate people into paying up.

Federal law outlawed debt prisons in 1833, but lenders, landlords and even gyms and other businesses have found a way to resurrect the Dickensian practice. With the aid of private collection agencies, they file millions of lawsuits in state and local courts each year, winning 95 percent of the time. If a defendant fails to appear at post-judgement hearings known as “debtors’ examinations,” collectors can seek a warrant for contempt of court — even if the debtor didn’t realize they were being sued.

In one case documented by the Baltimore Sun, an affiliate of Kushner Cos. — the firm run by the family of Jared Kushner — secured a warrant for a Baltimore bus driver and mother of three who had moved out of her apartment early after receiving a federal housing voucher. She said she never received a notice to appear, and eventually declared bankruptcy to avoid arrest.

“A Pound of Flesh: the Criminalization of Private Debt,” the ACLU report, sheds light for the first time on the frequency of modern-day debt imprisonment, estimating that courts are issuing tens of thousands of arrest warrants each year for debtors owing as little as $30. Forty-four states permit judges to issue these warrants, often known as “body attachments,” in civil cases.

An ACLU report estimates courts are issuing tens of thousands of arrest warrants each year for debtors owing as little as $30.

“This has been a largely invisible problem, because the people it’s happening to typically don’t have lawyers and aren’t speaking out,” says Jennifer Turner, a human rights researcher at ACLU. “Many low-level courts have essentially become debt-collection mills.”

One in three Americans has a debt that’s been turned over to a private collection agency, and the ACLU found cases of warrants being issued over almost every kind of consumer debt—payday and auto loans, utility bills, even daycare fees. Many cases begin with an emergency expense that someone is unable to pay, sending them into a spiral of debt and imprisonment. The use of cash bail often compounds the problem; debtors languish in jail for up to two weeks, according to the report. In some jurisdictions, judges routinely set bail at the exact amount of the debt owed, then surrender it to the collector once paid.

In other cases documented by the ACLU, people with outstanding medical debt were too ill to go to court, as in the case of an Indiana mother of three who had been living with family in Florida while she recovered from thyroid cancer. Unbeknown to her, a small claims court had issued three warrants in a suit over her unpaid medical bills, and she was arrested when she returned home.

“Collectors have little incentive to properly notify defendants in these cases,” said Turner. “We found examples of people missing court dates due to work, childcare responsibilities, lack of transportation, physical disability, illness, or just because they didn’t receive notification of the court date.”

Even when debtors aren’t arrested or jailed, the threat is often potent enough to compel them into surrendering income from Social Security or other public benefits that are legally exempt from debt collection. In other cases, they take out high-interest payday loans continue the debt cycle.

Debt collectors are well aware of the leverage a warrant gives them. According to Turner, one debt collection attorney in Washington files 20 to 30 warrants a week, largely against noncitizen Latino farmworkers who are often terrified to enter a courthouse in case immigration officials are present. Another attorney in Texas who teaches a “Collections 101” course for the State Bar of Texas has a section in his handbook entitled, “It’s Easier to Settle When the Debtor is Under Arrest.” 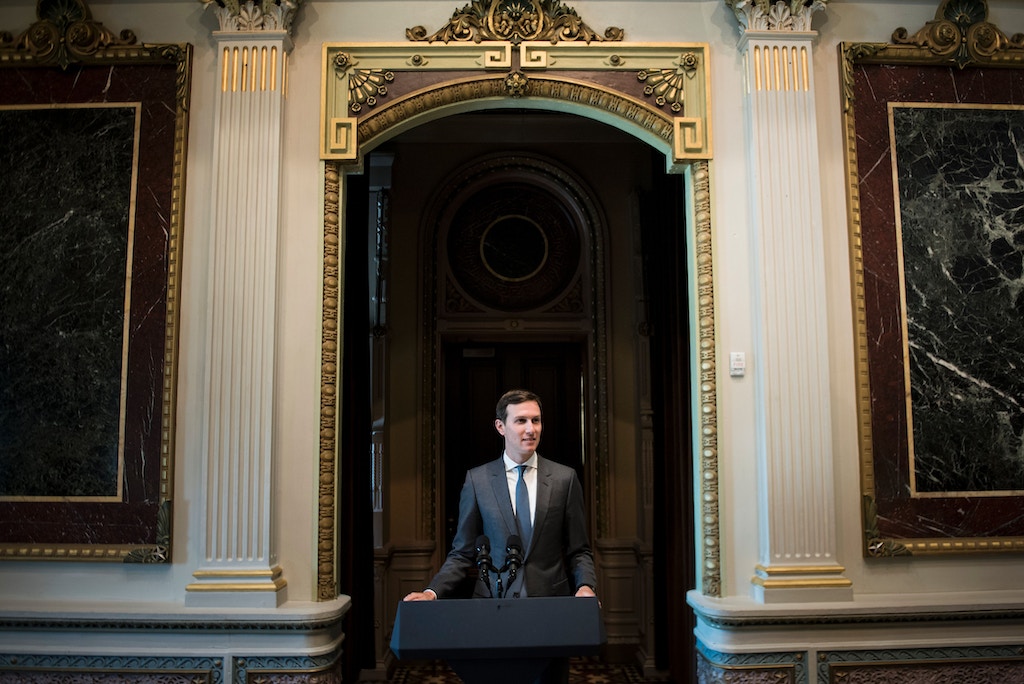 Senior Advisor Jared Kushner speaks during an event with technology sector CEOs at the White House on June 19, 2017 in Washington, DC.

The “Jared Kushner Act,” a bill currently under consideration in Maryland, would rein in a controversial business practice associated with the president’s son-in-law: seeking the arrest of tenants who are behind on rent.

Reporting by the Baltimore Sun last year uncovered that the apartment-management firm owned by Kushner’s family had sought the arrest of more than 100 delinquent tenants since 2013, giving it the most aggressive record of any landlord in the state. The new bill, introduced in January by Maryland delegate Bilal Ali, D-Baltimore City, would prevent landlords from seeking warrants for unpaid rents less than $5,000.

“A lot of my constituents were being penalized because they were poor,” explained Ali.

In recent years, a handful of other states have taken steps toward reforming debt collection. In 2012, Illinois banned “pay or appear” notices requiring debtors to appear in court each month to explain why they were unable to pay, even if their financial circumstances had not improved. In one case documented by state Attorney General Lisa Madigan, who authored the legislation, a mentally disabled man living on $690 a month in legally exempt Social Security benefits had been ordered to either pay $100 a month or appear in court once a month for a three-year period; as soon as he missed an appearance, he could be arrested. The new law requires courts to evaluate a defendant’s ability to pay before issuing an order.

Yet an outright ban on debt-related arrests has proved elusive, thanks in large part to the influence of the collection lobby. Maryland legislation that would have prohibited body attachments in collections cases failed in 2013, but consumer advocates managed to pass a law requiring courts to establish that issuing a warrant was the “least onerous” way to collect a debt.

Maryland consumer advocates say that the implementation of the new law has lagged in many district courts. This month, they’re back to the statehouse pushing for the “Jared Kushner Act,” as well as a separate bill that would eliminate bail when body attachments are issued. Instead, defendants would be released on their own recognizance once they complete the “debtor examination” required by the court.

According to a review of Maryland collections cases by the University of Baltimore and the Maryland Consumers Union, bail for debtors who missed more than one hearing has been set as high as $10,000, even though the average underlying debt was less than $5,000. In one case, bail was set at $5,000 for a $2,800 debt. These punitive costs intersect with the more well-known issue of criminal justice debt, the steep fees levied by police and courts that keep poor defendants trapped in the system.

When being in debt can get you sent to prison, and being in prison can drive you further into debt, “what we’re really seeing is the broad criminalization of poverty,” said Marceline White, executive director of the Maryland Consumers Union.

State legislatures aren’t the only ones with the power to halt abusive debt collection. The ACLU notes that the Consumer Financial Protection Bureau could issue regulations or advisory opinions clarifying that threatening debtors with arrest violates consumer laws, or Congress could amend the Fair Debt Collection Practices Act directly to prohibit collectors from seeking or using arrest warrants.

State legislatures aren’t the only ones with the power to halt abusive debt collection.

Of course, neither of those scenarios is likely in the current political climate. While acting CFPB head Mick Mulvaney told staff that promulgating new rules for debt collection could be a priority under the agency’s new “data-driven” approach, he has already scrapped a plan to gather additional data on consumer understanding of debt collection disclosures. Debt collectors’ lobbying footprint is often heaviest at the state level, but the Association of Credit and Collection Professionals International reported nearly $400,000 in federal lobbying expenses in 2017 and gave $183,000 to the campaigns of 2016 Congressional candidates, including $3,000 to Mulvaney’s.

Despite stiff industry resistance, Turner hopes that successful campaigns against cash bond and criminal justice debt in recent years can lend momentum to stop the criminalization of private debt. Given that every state prohibits imprisonment for failure to pay civil debts, there’s also room for litigation that calls a spade a spade—even though collectors and courts typically insist that debtors are being arrested for contempt of court, not for failure to pay.

“The use of contempt is being used to get people to pay up,” said Turner. “I would say that constitutes unlawful imprisonment for inability to pay.”