Trump’s top economic adviser is leaving the White House — but not before delivering a number of gifts to Wall Street and his old firm, Goldman Sachs. 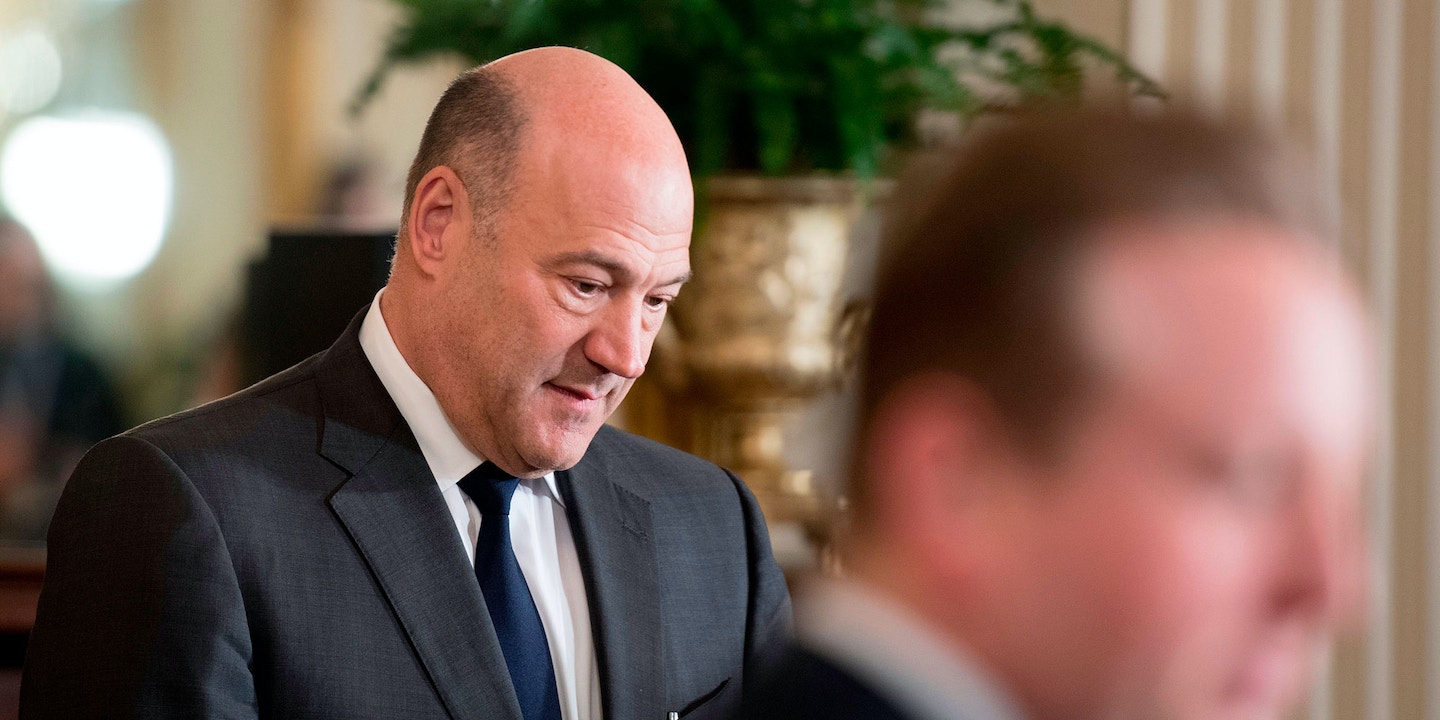 Gary Cohn, Trump’s top economic adviser, is leaving the White House after just 14 months — but not before delivering a number of gifts to Wall Street and his old firm, Goldman Sachs.

That list starts with a 40 percent cut in corporate income tax that Cohn, along with Treasury Secretary Steven Mnuchin (another former Goldman Sachs exec), championed.

The sweeping tax overhaul finalized by Congress late last year cuts the corporate tax rate from 35 percent to 21 percent. For Goldman, that translates into a tax savings of around $1 billion a year.

JPMorgan Chase, which paid more than $11 billion in income tax last year, could save closer to $4 billion a year. Wells Fargo will save roughly $2 billion a year, based on its 2017 earnings.

Cohn, who served as president of Goldman Sachs for 10 years before leaving to work in the Trump White House, delivered other generous tax gifts to corporate America during his brief tenure, including a tax break for the U.S. companies that have parked nearly $3 trillion in profits in Grand Cayman, Bermuda, or other tax havens.

The same bill that slashed taxes on corporations and the very wealthy allows these firms to bring that cash back to the United States without incurring huge tax bills. Companies bringing that money home won’t have to pay the 35 percent tax rate in place when that money was earned, or even the reduced 21 percent rate, but a steeply discounted 15.5 percent — a huge gift for tech firms such as Cisco, Qualcomm, and Apple.

Apple had $252 billion in cash abroad as of the end of last year — and is now poised to save nearly $50 billion as it brings that money home.

Candidate Trump had promised to cut the carried-interest loophole that allows hedge fund and private equity managers pay a lower tax rate on the millions they pay themselves each year. These managers have long been taxed at the capital gains tax rate, which is far lower than the ordinary income tax rate people in their tax bracket pay. But that was before Mnuchin (himself a hedge fund manager after leaving Goldman in 2002) and “Gary ‘Carried Interest’ Cohn” (former Trump aide Sam Nunberg’s moniker for him) weighed in.

Somehow, the carried-interest loophole survived the once-in-a-generation tax overhaul that Trump signed into law in December. That proved the perfect gift for the many hedge fund and private equity managers Goldman counts among its clients, and perhaps for himself given the speculation that Cohn will join a private equity firm or hedge fund after leaving the White House.

Cohn delivered bigly for Goldman Sachs in other ways. Under Cohn, the administration eased the rules on initial public offerings — a step Goldman has long sought, as a firm that handles major public offerings, and one that is potentially worth hundreds of millions in additional fees to the firm each year. There could be more good tidings for Goldman and the other big banks in the $1.5 trillion infrastructure plan Trump unveiled at the start of the year. It places Wall Street firms at the center of partnerships between governments and private industry — welcome news for Goldman’s Public Sector and Infrastructure group, which arranges financing on large-scale public-sector deals. Goldman and other big investment banks are also in the business of debt-financing: a booming business as the federal government goes deeper into debt in the wake of Trump’s tax bill.

There’s one major piece of business that Cohn’s departure leaves unfinished: financial deregulation. Yet even on this front, Cohn made great progress for Wall Street in his months inside the White House. The Consumer Financial Protection Bureau is now in the hands of an acting director intent on destroying it. And the Senate is poised to pass the Economic Growth, Regulatory Relief, and Consumer Protection Act, a deregulatory bill that rolls back significant parts of the Dodd-Frank financial reform legislation — clearing the way for the risky behavior that tanked the economy in 2008.

“Next to Donald Trump,” said Dennis Kelleher, president of Better Markets, which advocates for tighter financial regulations, “the country’s biggest banks have had no better friend in Washington than Gary Cohn.”