At Trial of Omar Mateen’s Wife, Judge’s Questioning Reveals a Huge Hole in Prosecution’s Case and Deceit by Prosecutors

The decision to prosecute Noor Salman was very odd from the start. Today, the case against her all but fell apart. In a federal courtroom in Orlando this afternoon, the prosecution of Noor Salman, the wife of Pulse nightclub shooter Omar Mateen, suffered a major setback. In front of the jury, a glaring hole in the prosecutors’ case was exposed by the questioning of FBI Special Agent Richard Fennern directly from U.S. District Judge Paul Byron. Outside the presence of the jury, the judge in angry tones made clear that he believed he had been misled for months by prosecutors about a key part of the government’s evidence, which was exposed today as being a fraud.

The decision to prosecute Mateen’s wife — on charges that she aided her husband’s attack and then obstructed the investigation by lying to the FBI — was from the start odd in multiple ways. As The Intercept documented two weeks ago, the case has already revealed that many of the most common beliefs about the Pulse attack are myths, including the belief that Mateen attacked the nightclub with an intent to target LGBT people. In fact, the evidence is overwhelming that Mateen had no idea that Pulse was a gay club and that animosity toward LGBT people was not part of his motive in carrying out this heinous crime.

Prosecutions of the wives or girlfriends of accused terrorists have been very rare in the U.S., even when there are solid reasons to believe that they may have known in advance at least something material about the intended attack and/or obstructed the investigation — as was true of Katherine Russell, the white, ex-Christian wife of Boston Marathon bomber Tamerlan Tsarnaev, and Marilou Danley, the girlfriend of Las Vegas mass shooter Stephen Paddock. But factions within the FBI have long wanted to prosecute the wives and girlfriends of accused terrorists on the ground of complicity — especially when the couple is Muslim — and the Salman case presented an opportunity to finally do so. 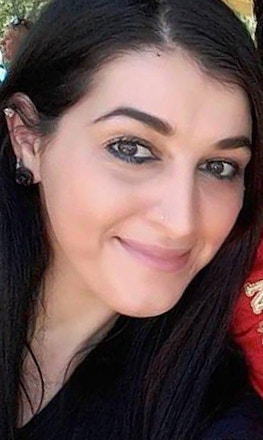 But from the start, there has been an extreme dearth of such evidence regarding Salman’s guilt; indeed, much of the available evidence strongly suggests she could not have participated in the attack. There is no evidence, for instance, that Salman had any sympathies with any Muslim militant groups or expressed any support or interest in radical causes. For many reasons, the idea that Mateen would conspire with or confide in her about his planned attack lacks all credibility: Salman has a low IQ that places her in the bottom 20th percentile of the population; she was regularly physically abused and lied to by her husband, who carried on multiple affairs with women behind her back; and she had no access to the couple’s funds. He treated her like property, not like a partner, accomplice or trusted confidant.

The FBI did not even arrest Salman until January 2017 — seven months after the Pulse attack. During those seven months, she was free to leave the country, go into hiding, or — if she were really a supporter of terrorism — engage in further attacks. But she did none of that. She cooperated with all law enforcement inquiries and returned to Orlando after visiting relatives on the West Coast.

Proceedings in court today exposed how the government’s case against Salman is dubious and dependent on falsehoods. Far and away, the most important evidence that prosecutors have cited is a series of statements they got Salman to sign on the morning following her husband’s attack and subsequent death. They had detained and questioned her for 17 hours, the first several hours of which her infant son was with her. The incriminating statements were written not by Salman, but by FBI agents, based on their claims about what Salman had said during their interviews with her — interviews which they did not record.

At first, Salman vehemently denied any knowledge of Mateen’s plan to launch a terrorist attack. But as FBI agents spent hours questioning her — during which they threatened to take her son and told her what they believed had happened — she began to submit to their suggestions. Subsequent examinations revealed that Salman, in addition to having a low IQ, is also at the extreme end of suggestibility tests, which could have been exacerbated upon learning that her husband had just slaughtered 49 people and then killed himself in a police shootout.

“She is a highly suggestible individual to the types of interrogation tactics law enforcement almost always use to extract confessions from those they believe are guilty,” Bruce Frumkin, a clinical psychologist, wrote in his report. “She said that after hours of questioning, with law enforcement telling her that they knew she aided her husband, and according to her, threats that her son would be taken away and would be raised in a ‘Christian home,’ she said she eventually relented and signed the statements so she could be allowed to go home.”

Those signed statements — the key to the prosecution’s case — were revealed today to be fraudulent. Possibly the most incriminating admission was that, after visiting Disney Springs with Mateen on June 8 — four days before the shooting — the couple then drove around Pulse, essentially “casing” the club together.

This was the “confession” that prosecutors touted over and over, including when they demanded that Salman, despite being free for seven months, be held without bail after her arrest. In denying her bail request, Byron explicitly cited this part of the confession: But when Fennern testified today, he admitted that the FBI had learned “within days” of Salman signing the statement that this claim was false. Using geolocation data from cellphone records and documentary evidence of the couple’s whereabouts, the FBI had already concluded — long before Salman was arrested — that it was impossible that she went to Pulse with Mateen on that date. Indeed, the evidence, as The Intercept documented previously, is very clear that the first time Mateen ever went to Pulse was to attack it, after simply searching Google for “nightclubs downtown Orlando.” The FBI agent also testified that Salman’s cellphone records show she was never near Pulse.

Upon hearing Fennern’s testimony that this crucial part of Salman’s statement could not have been true, and that the FBI knew this very early on, the judge began questioning him in front of the jury about the FBI’s discovery that this claim was false. After taking a break, but prior to the return of the jury, the judge more aggressively scolded the prosecutors: “I’ve heard many, many times the drive around Pulse nightclub had occurred.” “I think I’ve kicked the beehive,” he added. Though the judge said, in response to a request from Salman’s lawyers, that he was not prepared to reverse his ruling denying bail in court, he invited them to file a written motion to seek a reversal.

Ahmed Bedier, a Central Florida civil liberties activist who has been attending the trial, told The Intercept that the judge told prosecutors that he was “very concerned” by the concealment of evidence. “This is a big blow to the prosecution’s case,” Bedier said, “since the case against her rests overwhelmingly on statements that even the FBI now admits it knows are false in material respects.” As the Orlando Sentinel’s Krista Torralva put it: “This is big, and was made bigger by the judge’s questioning at the end of Fennern’s testimony.”

Federal judges are notoriously friendly to criminal prosecutions, and Byron in this case has certainly been no exception. Moreover, juries have a hard time believing that the FBI bungles or lies, despite the mountain of evidence that the agency often does. And when Byron denied the request of Salman’s lawyers to move the trial out of the Orlando area, he ensured that her jury would be drawn from a traumatized community that (falsely) believed LGBT people were the deliberate targets of the attack. These jurors would be more desperate to see someone pay for the crime since the actual perpetrator is dead.

It’s far from clear whether Salman will be acquitted, no matter how much the prosecutor’s case falls apart. But whatever the ultimate verdict, it is now clear that the Justice Department knew that one of its primary claims against Salman was utterly false and concealed that discovery from everyone — not just the public, but also Salman’s lawyers and the judge, who cited that false evidence to justify keeping Salman imprisoned for the last year without any possibility of bail.

Correction: March 23, 2018, 11:58 a.m.
An earlier version of this story misspelled clinical psychologist Bruce Frumkin’s name. It has since been updated.

Top photo: Artwork and signatures cover a fence around the Pulse nightclub, scene of a mass shooting, in Orlando, Fla.