Shri Thanedar is self-funding his Democratic campaign for governor, giving himself an edge over a candidate with more established progressive credentials. 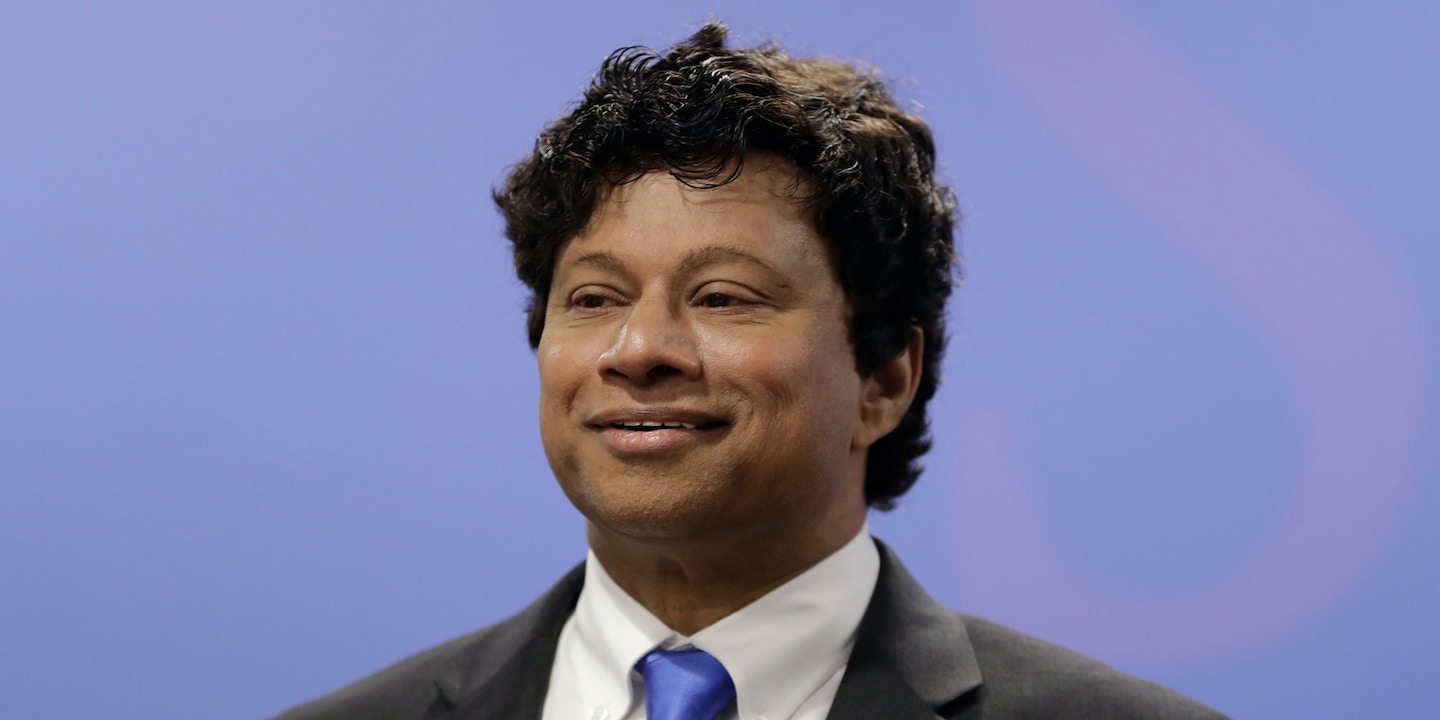 Businessman Shri Thanedar entered Michigan’s Democratic gubernatorial primary last June with no political experience and has largely been ignored by the media, including The Intercept, which has covered the primary as mostly a two-person race between centrist Gretchen Whitmer and insurgent Abdul El-Sayed.

Thanedar has loaned his own campaign nearly $6 million, according to public disclosures — spending much of that on TV — and framed himself as a “fiscally savvy Bernie” who is the “true progressive candidate.” That money has allowed the chemist-turned-entrepreneur to surge to second place in the race, behind Whitmer, a former state Senate Democratic leader, and ahead of El-Sayed, a former Detroit public health chief, whose credentials as a progressive are much more established, but his personal bankroll much thinner.

With El-Sayed and Thanedar splitting the progressive vote, Whitmer’s chance of moving on to the general election improves. A similar phenomenon has developed in California, where the surging popularity of progressivism is proving to be both a blessing and curse. For the first time in a generation, it pays to be seen as a lefty, but it’s hard for voters to tell who’s who.

El-Sayed, who has raised nearly $2 million, according to campaign finance reports, boasts one of the most progressive campaigns among gubernatorial candidates nationwide. His team includes a host of former Bernie Sanders presidential campaign staffers, and his platform includes single-payer health care, a $15 minimum wage, and a criminal justice platform focused on reducing sentences and using commutations to reduce the number of younger prisoners.

Thanedar’s platform also includes a $15 minimum wage and a promise to eventually move to a state single-payer health care system, which would provide government-run health care for all state residents. But his pivot toward progressive politics comes after a history of backing the more conservative candidates in a number of races. Federal disclosures show that in December 2007, he wrote a $2,300 check to Hillary Clinton’s campaign, as she was running to the right of then-Senator Barack Obama.

In March of the following year, he donated $2,300 to Arizona Republican Sen. John McCain’s presidential campaign. McCain went on to become the Republican nominee, ultimately losing the election to Obama. Asked about the donation to McCain at an event at Central Michigan University, Thanedar said that a friend of his was running McCain’s campaign and that he wanted to talk to McCain about immigration.

“You know the politicians — you pay them to get access. You can’t talk to them,” he said. “I wanted to talk to McCain about immigration issues.”

The candidate is also facing a lawsuit that says he made fraudulent claims when he “misrepresented his former company’s earnings and value when he sold it in 2016,” according to The Detroit News. He did not respond to a request for comment from The Intercept, but his lawyers told the News that “the allegations of wrongdoing by Mr. Thanedar in the principal Complaint are false and denied by him in their entirety.”

Sayed’s campaign spokesperson argued that Thanedar’s ability to fund his progressive campaign is only possible thanks to “a long history of exploiting people and engaging in questionable business practices.”

We need progressive leaders who will stand up to the millionaires and billionaires — not more failed businessmen-turned-politicians like Rick Snyder and Donald Trump. Rich businessmen think they can buy progressive values. They can’t. Shri thinks his money can buy him out of a long history of exploiting people and engaging in questionable business practices. This is not progressive — no matter how much of his money he spends on TV claiming it is.

Since donating to the McCain campaign, Thanedar has guided his dollars to Democratic candidates. For example, in 2010, he gave to Kansas Democrat Raj Goyle, who was running for re-election to Congress at the time, and in 2012, he gave $15,000 to Obama’s victory fund. Last year, he donated to Sen. Debbie Stabenow, D-Mich. Like Goyle, she is a fairly moderate Democrat.

But according to Rob Fowler, who runs the Small Business Association of Michigan, when Thanedar met with the group before announcing his gubernatorial bid last year, he was still undecided whether to run as a Democrat or a Republican.

“We told him, ‘You need to settle that and you need to settle it quickly,'” Fowler told MIRS News, a local news outlet. Thanedar gave a statement to MIRS News, contesting the claim that he hadn’t made up his mind. “I had been a Democrat all my life. I have voted Democratic all my life,” he said. “When I was going around talking to different people, I received some unsolicited advice that because I was a business person, I should be a Republican.”

Neither Fowler nor Thanedar’s campaign responded to a request for comment.

The most recent campaign disclosure deadline in Michigan was in December, and the next one is in July, which means there is little official data on campaign spending this year. But, unlike Thanedar, who first made his fortune running a chemical analysis firm in St. Louis, El-Sayed and Whitmer don’t have the ability to bankroll their own campaigns. A staffer with the El-Sayed campaign told The Intercept that the campaign has not spent any money on TV ads yet. In contrast, Thanedar has spent about $1.8 million on the tube, primarily in the Flint and Detroit areas, according to the El-Sayed campaign’s research.

Thanedar lost millions of dollars during the recession, but he hit the jackpot again after moving to Michigan and starting a new chemical analysis business. His rags-to-riches story — or at least the riches that resulted — may just be a deciding factor in the race.

This story was updated to include comment from the El-Sayed campaign.

Top photo: Shri Thanedar, a scientist and entrepreneur who has experienced big highs and lows in business, announces his candidacy for Michigan governor during a news conference on June 8, 2017, in Detroit.