Imprisoned by the U.S. with no charges for 14 years, Omar Khalifa now appears to be headed to likely death as the U.S. and Senegal breach its commitments to him. 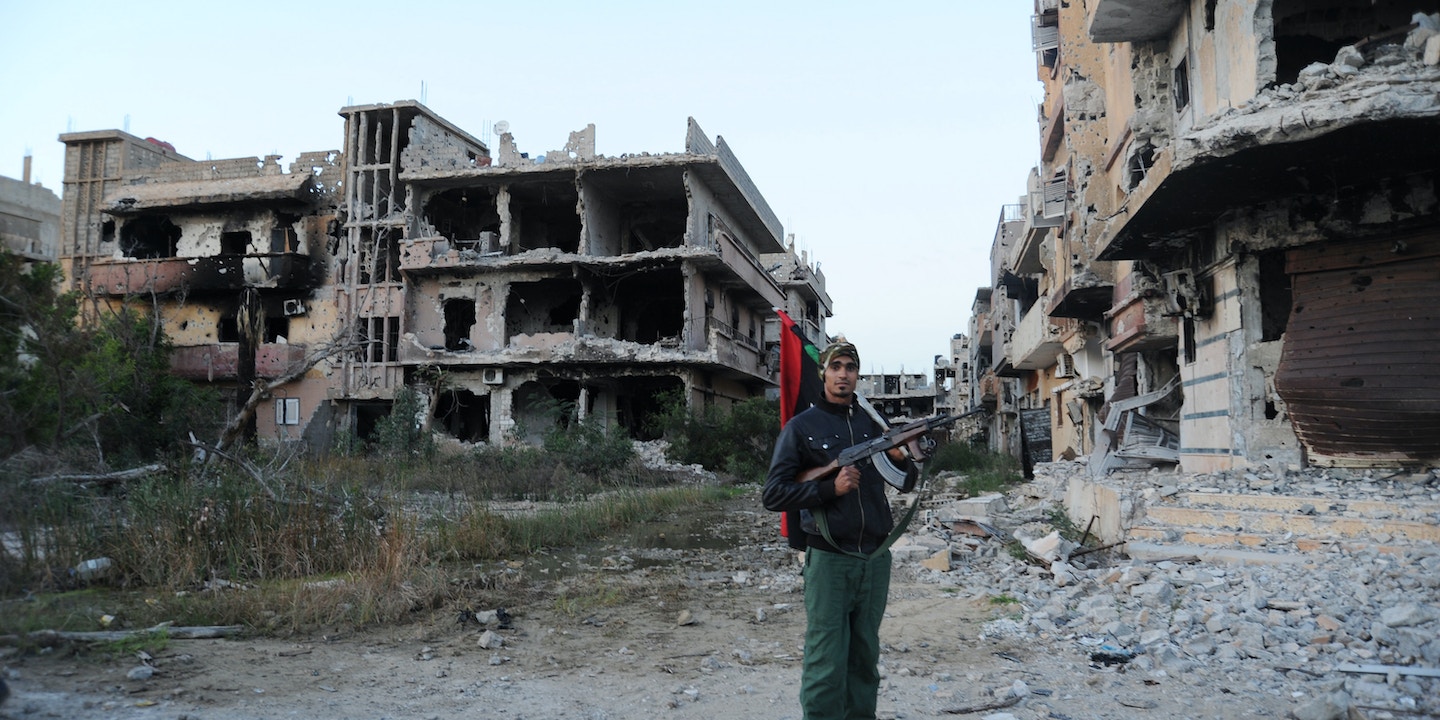 For over 14 years, Libyan citizen Omar Khalifa Mohammed Abu Bakr was imprisoned without due process by the U.S. at Guantánamo Bay. He was never charged with, let alone convicted of, any crimes. After suffering years of torture and mistreatment, Khalifa was released to Senegal in 2016.

His release was the by-product of a deal negotiated by his attorneys with the U.S. government. Khalifa’s lawyer, CUNY School of Law professor Ramzi Kassem, told the Intercept that the agreement expressly guaranteed that the Libyan would have the right to permanently settle in Senegal and rebuild his life there, rather than be returned to war-torn Libya. In addition to the deteriorating security situation in his home country, Khalifa’s status as a former Guantánamo detainee as well as his tribal background meant that being sent back to his country of origin would mean an almost certain death sentence. At the time, Senegalese officials made clear that neither they nor the Pentagon viewed Khalifa (and another Libyan detainee released from Guantánamo at the same time to Senegal) as a threat. “These are simply men who we must help because they are African sons who have been tested for years,” Minister of Justice Sidiki Kaba said. “It is important, under the conditions of American law, that these detainees be able to have access to humanitarian asylum.” He added that “the two were not known to be jihadists.”

The official statement from the government of Senegal announced at the time that “the Government of the Republic of Senegal granted today humanitarian asylum to two Libyan nationals, including one disabled, detained without trial for 14 years, even though no charge is held against them.” It added: “This asylum, granted in accordance with the relevant conventions of international humanitarian law, is also part of the tradition of Senegalese hospitality and Islamic solidarity with two African brothers who have expressed the wish to be resettled in Senegal after their enlargement.”

When Khalifa was released, the Miami Herald’s Carol Rosenberg detailed how disabled he was: “Khalifa has no right leg below the knee from a 1998 landmine accident in Afghanistan, and a left leg held together by metal pins from a 1995 construction site accident in Sudan, according to his attorney. Khalifa is blind in his left eye.” The Pentagon Board that found Kahlifa suitable for release said he has a “significantly compromised health condition” and a history of “mediating concerns raised between other detainees and guard staff.”

But last week, the U.S. State Department appears to have abandoned its commitments when releasing Khalifa. A handwritten note in Arabic, delivered to him on Wednesday by Senegalese authorities, informed him that his two years of permitted residency in the country had expired and that he would be deported to Libya on April 3rd.

In addition to putting his life at risk, the letter directly contravened assurances given to him by State Department officials when he was released from Guantánamo, promising that he would be allowed to stay in Senegal permanently and not be returned to Libya under any circumstances. Those promises were made as part of a negotiation between Khalifa’s lawyers and the now-defunct State Department office tasked with closing the detention camp.

Other detainees have resisted being sent to various countries for fear of what would happen to them as ex-Guantánamo detainees. For that reason, lawyers for the detainees have carefully negotiated conditions to secure their safety upon their release.

Another Libyan Guantánamo detainee who was also released to Senegal at the same as Khalifa, Salem Abdul Salem Ghereby, received a similar notice last week informing him of his impending deportation. Both men now face an uncertain but very dangerous future upon their return to Libya.

Speaking to The Intercept, Kassem, Khalifa’s lawyer, said that without immediate intervention on the part of the U.S. State Department to uphold its commitments by halting his deportation from Senegal, Khalifa faces the prospect of imminent death in Libya.

“My client and I relied on U.S. government’s assurances two years ago that Mr. Khalifa’s resettlement in Senegal would be permanent and that he would face no risk of a forced repatriation to imprisonment and torture in Libya,” Kassem said. “But now, the U.S. State Department is nowhere to be found. Irrespective of who sits in the White House today, the United States should honor its promises. For Mr. Khalifa, this is a matter of life or death.”

State Department and Senegalese officials did not immediately respond to request for comment about the case.

In the two years since Khalifa’s release from Guantánamo, he has managed to rebuild some semblance of a normal life in Senegal. Despite crippling physical ailments and psychological trauma suffered as a result of his detention, Khalifa became engaged to a Senegalese woman and had begun making plans to settle and work in the country for the long-term.

Meanwhile, Libya has descended into even greater chaos following its 2011 revolution and a subsequent NATO military intervention against the government of Moammar Gaddafi. Today, the country is under the control of an array of divided armed groups, political factions and tribes that are often in conflict with one another. Were Khalifa to be returned to any of the two major airports in the country, both of which are presently in the hands of hostile tribes and political factions, he would likely be immediately detained, subjected to torture, and even executed.

If Khalifa were to fly to Tripoli, the factions in control of the capital would assume he were an Islamist by virtue of his due-process-free detention by the U.S., and would thus regard him as a threat. But his other option, Misrata, is controlled by a tribe that he says is adverse to his, putting him in at least as much danger upon his return.

Khalifa says that the apparent betrayal by the U.S. government of its promises to him upon release from Guantánamo has put him in an impossible position. Two Libyan government officials who met with him in Senegal to discuss his pending repatriation conceded that it would be impossible to guarantee his safety in Libya, telling him during a meeting that they “couldn’t even guarantee their own safety in Libya, let alone his.”

After already spending a decade and a half of his life imprisoned by the U.S. government without charge, Khalifa now faces the prospect of being abruptly uprooted from his new life and sent to a near-certain death in Libya.

In a statement to The Intercept, Khalifa said: “If the U.S. government told me two years ago that I would remain in Senegal temporarily, only to be sent to Libya after two years, regardless of the situation in Libya, I would have refused resettlement in Senegal. I would have even chosen to remain at Guantánamo over torture and death in a dungeon in Libya.”

He added: “I have grown to love Senegal and its people. The Senegalese friends I have made here invite me to their weddings and festivities. I have learned about the different Islamic practices people follow here, including Sufism. I expected to marry here and to make my life in Senegal—that is still what I want.”

Top photo: In this Feb. 23, 2016, file photo, a civilian fighter holding the Libyan flag stands in front of damaged buildings in Benghazi, Libya.