The proposed new AUMF from Sens. Bob Corker and Tim Kaine would be “a monumental shift that will amp up war everywhere.” 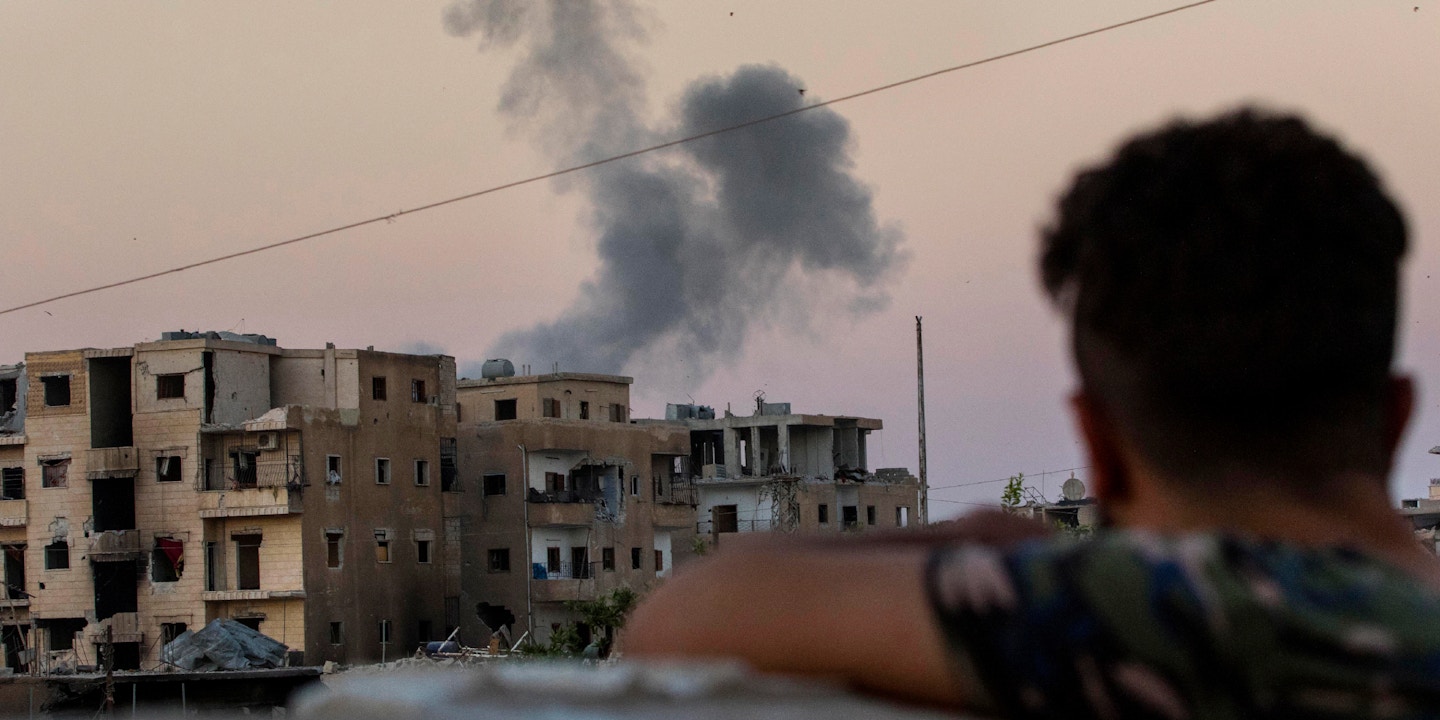 On Monday, three Republican and three Democratic senators, led by Sens. Bob Corker, R-Tenn., and Tim Kaine, D-Va., released a draft of a new “authorization for use of military force,” or AUMF.

This AUMF would repeal the AUMF passed on September 14, 2001, which gave the president the power “to use all necessary and appropriate force against those nations, organizations, or persons he determines planned, authorized, committed, or aided the terrorist attacks that occurred on September 11, 2001.” It would also nullify the October, 2002, AUMF that authorized the president to use the military to “defend the national security of the United States against the continuing threat posed by Iraq.”

Not surprisingly, Presidents George W. Bush, Barack Obama, and Donald Trump have each taken this extremely broad language and run with it. A 2016 Congressional Research Service report found 37 examples in 14 different countries of Bush and Obama using the 2001 AUMF to justify the use of military force. When a U.S. jet shot down a Syrian government bomber in June 2017, the Trump administration explained that it could legally do so because the jet was there as part of the U.S. campaign against the Islamic State — which is somehow an organization that committed the 9/11 attacks, even though it didn’t exist before 9/11.

So, something needs to be done about this. “For too long, Congress has given presidents a blank check,” Kaine recently said. “Our proposal finally repeals those authorizations and makes Congress do its job by weighing in on where, when, and with who we are at war.”

That sounds good. But the actual language of the Corker-Kaine bill appears to do almost the opposite of what its authors claim.

According to the American Civil Liberties Union, it may be “far broader and more dangerous than even current law.” The ACLU’s Christopher Anders calls it “a monumental shift that will amp up war everywhere.”

Stephen Vladeck, a specialist in national security law at the University of Texas School of Law, believes that “the bill risks doing exactly what Congress refused to do in those first, tense days after 9/11 — write a blank check to this and future presidents to wage offensive war, without any regard for whether such uses of force are necessary or wise.”

Matthew Waxman, a Columbia Law School professor who served on the National Security Council during the Bush administration, has stated that it “entrenches an indefinite war.”

Bruce Ackerman, a prominent scholar of constitutional law at Yale Law School, is most pessimistic of all. “For all their brave talk over the years,” he said, “Sens. Corker and Kaine have tragically capitulated to the Trump administration, and invite Congress to endorse a worldwide war on terror.”

So, what would the bill actually do?

First, it discards the language in the 2001 AUMF which declares that force could only be used against those involved the 9/11 attacks — because “the nature of the ongoing armed conflict … has evolved to include numerous non-state terrorist groups.” Now, the president would be explicitly authorized to wage war against “the Taliban, al Qaeda, the Islamic State in Iraq and Syria, and designated associated forces.” The bill specifies five designated associated forces: Al Qaeda in the Arabian Peninsula; Shabab; Al Qaeda in Syria; the Haqqani Network; and Al Qaeda in the Islamic Maghreb.

This would essentially give the executive branch post hoc approval for the ways presidents have used the 2001 AUMF to date. But what’s worse, the bill gives the president functionally unlimited power to add additional “associated forces” at will.

These associated forces can be anyone that “the President determines,” as long as the president claims they are “a co-belligerent” with our previously named enemies, or were once a part of them. They also can be located in any country that the president names — meaning that once the president adds them to the list, any amount of force can be used there, from drones to all-out war.

In theory, Congress would have the power to rescind the president’s designation, but of course, this would require a two-thirds vote in both chambers to override an inevitable presidential veto — so, in practice, it would never happen. Thus, the bill takes Congress’s constitutional power to declare war, in which the president can only act when provided congressional authorization, and inverts it, by giving the president the ability to act unless a supermajority of Congress stops them.

This is so bizarre that Anders believes, “This can’t possibly be constitutional. A Congress in 2018 can’t turn the power the Constitution gave to Congress over to the president in perpetuity.”

This brings up another aspect of the Corker-Kaine bill: Like the 2001 and 2002 AUMFs, it has no time limit. “It would be one thing if, as folks from across the political spectrum have long proposed, the bill included a sunset,” says Vladeck, “so that Congress would have to affirmatively reauthorize the use of force on a regular basis.” Instead, the bill merely requires meaningless congressional debate at least once every four years.

Finally, the bill doesn’t even attempt to restrict the other legal justification that Trump has already used for the use of force, and will certainly use again in the future. At least the 2001 and 2002 AUMFs placed some weak limits on what presidents could do with them. But Trump, like many other presidents, has claimed that his Article II constitutional powers as commander in chief give him the power to use the military with few restraints.

For instance, the Trump administration did not claim that the recent bombing of Syria was legal under the 2001 AUMF, since that would plainly be ridiculous — no one believes that the Syrian government was behind the 9/11 attacks. Instead, said Defense Secretary James Mattis, “the president has the authority under Article II of the Constitution to use military force overseas to defend important U.S. national interests.” And, obviously, “U.S. national interests” could mean anything at all.

The good news, such as it is, is that Senate Majority Leader Mitch McConnell, R-Ky., appears to have no appetite to bring the Corker-Kaine bill to a vote, assuming it even passes out of the Senate Committee on Foreign Relations. That is: Senators like McConnell who have no appetite for exercising their constitutional duties may save us from senators who are doing so incompetently.

Top photo: Smoke rises from a building believed to be housing ISIS, after being hit by a mortar round fired from a United States military base on August 18, 2017 in western Raqqa.