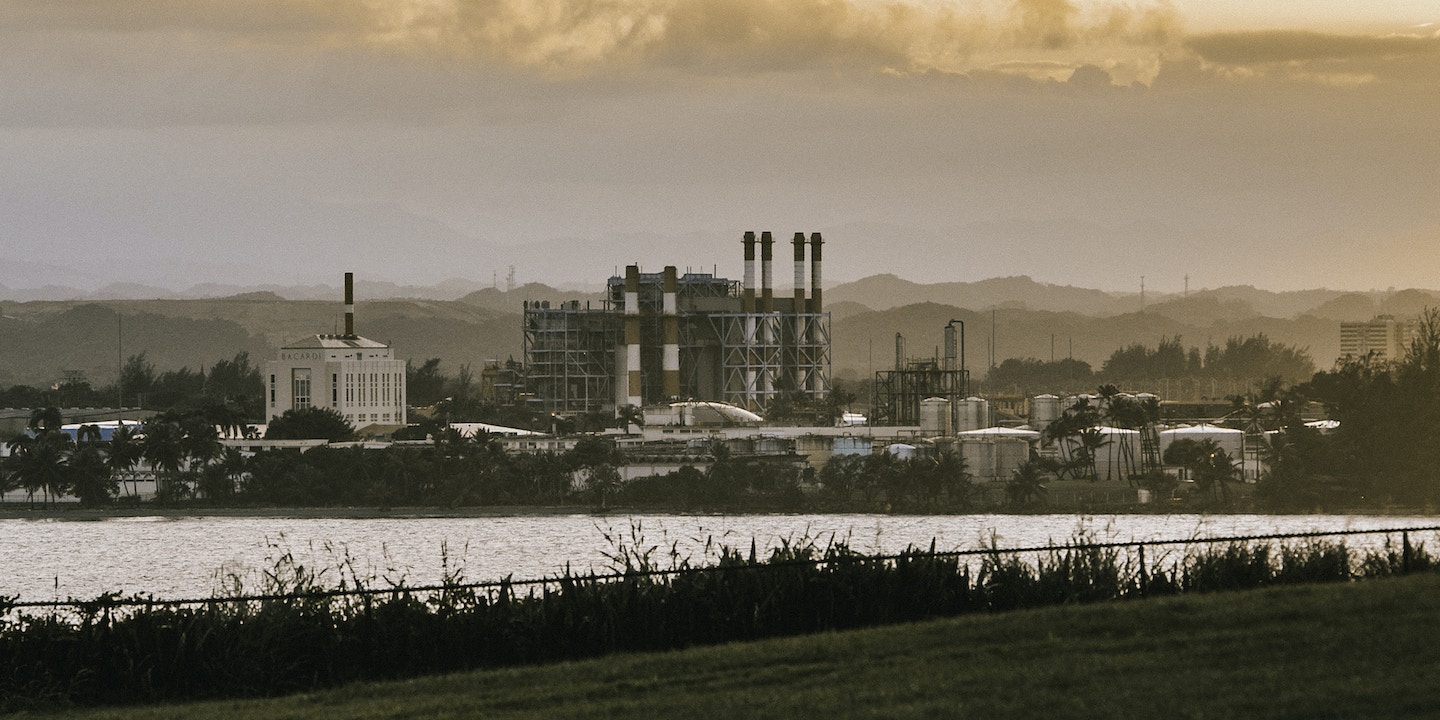 Puerto Rico could become “the energy hub of the entire Caribbean area” under a vision laid out by Rob Bishop, the chairman of the House Natural Resources Committee, who visited the island.

Bishop is not thinking of wind or solar.

In a press conference held in San Juan on Friday, with Puerto Rican Resident Commissioner Jenniffer González-Colón — a nonvoting representative to the U.S. House — Bishop, R-Utah, said he had been consulting with oil and gas companies in Washington about how to bring more natural gas to the island.

“Puerto Rico could be a headquarters for the entire Caribbean area,” Bishop said in response to a question from The Intercept. “That could be a source of energy not just for Puerto Rico, but it could be a source of export for that kind of energy to other places as well. As I look at the future, I envision Puerto Rico as being kind of like the energy hub of the entire Caribbean area. … To do that, you would have to get a lot of people involved, and the private sector has a role in trying to push that forward.” Asked if he will be meeting with oil and gas companies during his time on the island this week, he said he would not, but that he has been talking to them in Washington. When asked which companies in particular he had been meeting with, Bishop said, “This is like … if I start thanking the volunteers on my campaign, I’ll insult somebody by forgetting them. So, let’s just keep it blanket and say I love all of them.”

Bishop laid out some specific changes he would like to see to the energy landscape in Puerto Rico. “I would love to see more natural gas ports. They could be either stationary or terminals that float, as we have in other areas of the world,” he said, noting that there “has to be some infrastructure built before that. You just can’t put the ports in there. … There has to be infrastructure to integrate that within the bill.” He did not elaborate on whether he was referring to a specific piece of legislation.

He may well have been referring to a bill written by Rep. Don Young, R-Alaska, to privatize PREPA by, among other things, switching it from a public to private monopoly and green-lighting new natural gas infrastructure.

As Caribbean Business has reported, the bill syncs neatly with a rumored bid from a consortium comprised of Shell North America LNG, Kindle Energy, and ITC Holdings to acquire PREPA assets with $4 billion in private capital.

Energy to Puerto Rico, Bishop insisted, “is going to have to be imported. Natural gas would be a brilliant way to do that.”

Notably absent from Bishop’s remarks was the idea of renewable power. As Naomi Klein noted recently, clean energy sources were among the most resilient during and after Hurricane Maria, which devastated the island last September. Casa Pueblo, for instance, a long-standing community center in Adjuntas and an early adopter of solar technology, kept its lights on as its neighbors were left without power for weeks and even months after the storm — an “energy oasis.” Nine months after Maria, hundreds of thousands of people remain without power around the island.

The center’s director, Arturo Massol, told me not long after Maria, “We don’t have natural gas or coal or oil. But we have plenty of sun, and if we want to make more resilient communities we need to reduce the vulnerability of an energy system that collapses frequently,” as it did several weeks ago when a subcontractor got too close to a downed high-voltage line. 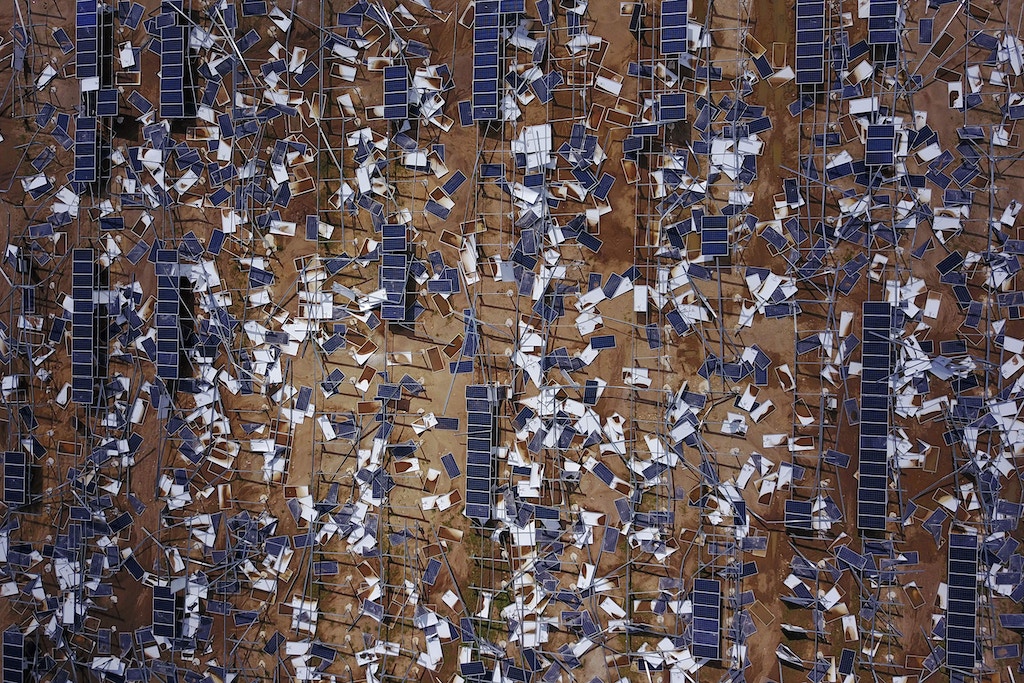 Solar panel debris is seen scattered in a solar panel field in the aftermath of Hurricane Maria in Humacao, Puerto Rico, on Oct. 2, 2017.

“What we are promoting, instead of centralized generation,” he added, “is distributed energy generation on the roofs of different houses on the island — energy generation at the point of consumption, for the benefit of the local people. The money won’t go to a contractor or power companies. It will go directly to the people.” In addition to his work with Casa Pueblo, Massol was involved in a successful fight, several years back, to stop a proposed 92-mile, $450 million natural gas pipeline.

Dubbed Vía de la Muerte, which means “Death Route,” by its opponents, that project was precisely the kind of infrastructure Bishop touted today.

Bishop’s remarks come in the context of a long-running push to privatize the Puerto Rico Electric Power Authority, or PREPA, the most recent plan for which would see different pieces of the utility’s transmission, distribution, and generation capacity auctioned off to private bidders. He’ll meet with the utility — which is some $9 billion in debt — on Friday.

The natural resources committee Bishop chairs has jurisdiction over Puerto Rico’s federally appointed Fiscal Oversight Board, and he and González-Colón spent much of the press conference expressing their shared frustration with the board and the need for more oversight over the body. Last month, in a scathing letter, he criticized board members for not taking a stronger hand with Gov. Ricardo Rosselló, who has said he will refuse to weaken labor protections or the island’s pension system, as the panel has demanded. At the press conference, Bishop committed to holding an oversight hearing some time later this spring or over the summer. And while the board, Rosselló, and Bishop have all traded barbs, they all agree that PREPA should be privatized.

Instead, said Cathy Kunkel, an energy analyst with the Institute for Energy Economics and Financial Analysis, or IEEFA, PREPA could transition to renewables.

“There is no technical reason why PREPA couldn’t transition its system off of oil and achieve 100 percent renewable energy by 2045 or 2050, as Hawaii is planning to do,” she said. She recently authored an IEEFA study outlining why privatizing PREPA would be a poor means of modernizing it, and told me that the utility currently spends around $1 billion a year on imported fuel, down from before the 2014 oil crash. PREPA generates just 2 percent of its power from renewables.

If Bishop’s vision becomes a reality, he and his allies on the island could drive Puerto Rico in the polar opposite direction, encouraging companies to import fuel to the island only to export it back out to other Caribbean nations, dependent — like most island energy systems—on oil and gas shipped in from elsewhere, with profits funneled almost entirely to multinational fossil fuel corporations.

“Everything we’re facing is related not to Maria, but to PREPA’s lack of capacity to respond to hurricanes, which is not new to Puerto Rico,” Massol said last fall. “We have seen this before, and we have to prepare for the future.”