Advocates for banking reform consider the potential nomination of Katheryn Rosen, a revolving-door veteran, a slap in the face. 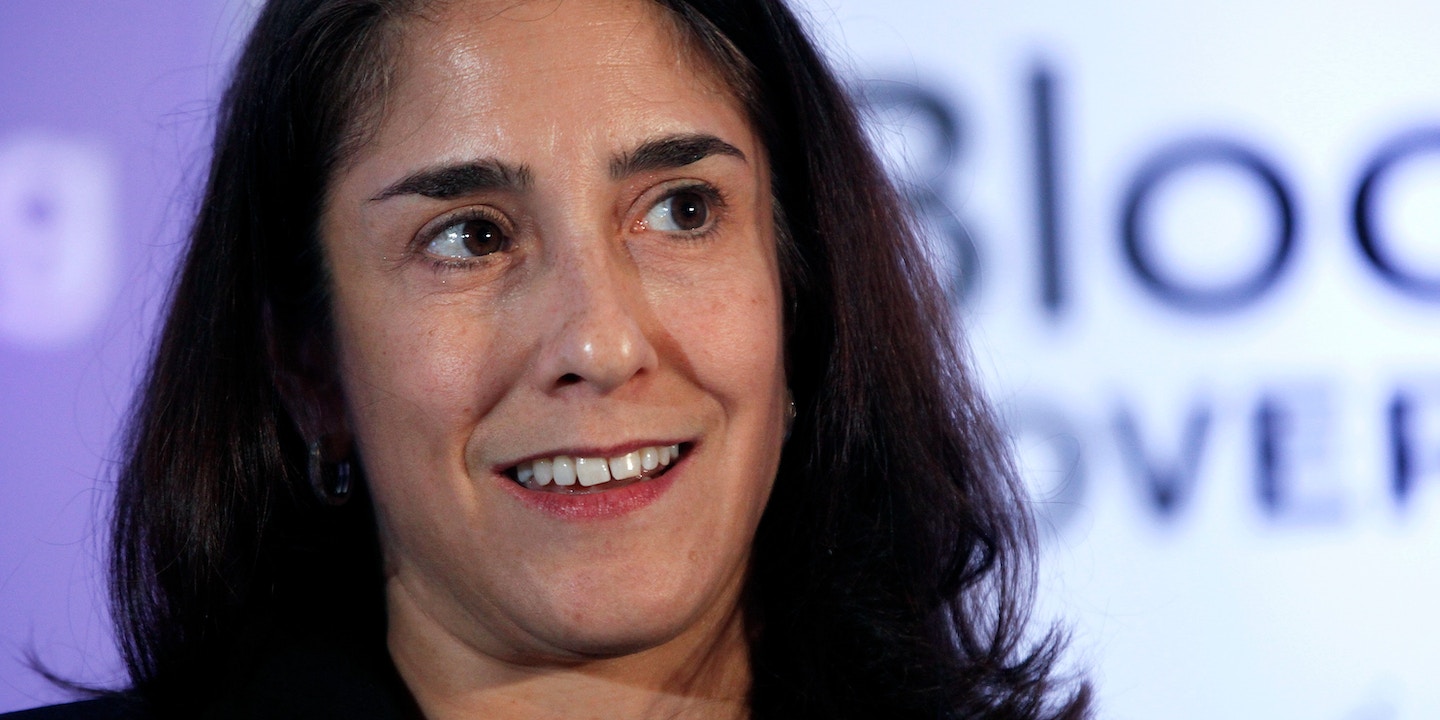 Democrats vowed in their “Better Deal” campaign platform to “end the revolving-door in Washington and rein in the influence of high-powered Washington insiders.” Progressives have been in an ongoing battle to get Senate Minority Leader Chuck Schumer, D-N.Y., to hold up that bargain, but it’s been an ordeal.

Federal regulatory commissions must contain members from both parties, giving Schumer, as Democratic Senate leader, wide latitude to suggest candidates that the president then nominates. One of the highest-stakes slots is at the Securities and Exchange Commission, where Kara Stein, a hard-charging bank reformer, must vacate the seat by the end of the year because her term has expired.

Schumer is considering recommending Katheryn Rosen, who went from JPMorgan Chase to stints in Congress and the Treasury Department and then to BlackRock, for the seat, according to three sources close to the confirmation process, including a senior Senate staffer. Two other Capitol Hill sources said Rosen was not necessarily the leading choice. All the sources requested anonymity because of continuing working relationships with the SEC and in Congress, and because they were not authorized to speak on the record.

“The fact that Katheryn Rosen is on the list at all is a slap in the face to everybody who worked hard for financial reform.”

Financial reformers expressed disbelief that Rosen would make the final round, regardless of whether she gets the nod. “The fact that Katheryn Rosen is on the list at all is a slap in the face to everybody who worked hard for financial reform and are trying to prevent Trump from destroying financial reform,” said one of the three sources. “She’s a poster child for everything that’s wrong with the swamp.”

Last month, over 30 progressive groups urged Schumer to select bank regulators with a “demonstrated willingness to stand up to Wall Street,” especially when replacing someone like Stein, who embodied those very principles.

Choosing Rosen, or others with a similar pedigree, “would belie the notion that Democrats are the party that stands up to corporate power and make any promise of a so-called better deal ring hollow,” said David Segal of Demand Progress, one of the more vocal groups in the coalition.

Bloomberg reported that Schumer’s team is also vetting two candidates who would please the groups: Heather Slavkin Corzo, director of the AFL-CIO Office of Investment; and Bharat Ramamurti, banking aide to Sen. Elizabeth Warren, D-Mass., who was also a contender for a previous SEC slot. Allison Lee, an attorney at the SEC who worked with Stein, is also in the mix.

These days, Rosen doesn’t have much to do with SEC issues. She serves as an adjunct professor at Columbia University, where her focus is cybersecurity. But from 1994-2008, she worked at JPMorgan Chase, selling banking services and products to federal government agencies. Shortly after becoming a senior aide to House Financial Services Committee Chair Barney Frank, D-Mass., in 2009, Rosen collected $500,000 in deferred compensation from JPMorgan. She was entitled to the funds a year after her employment ended, but Frank said at the time that his staffer’s financial ties to a Wall Street bank were “troubling,” though stressing that she wasn’t influenced by the cash payout.

While on Frank’s staff, Rosen followed Frank’s relatively solicitous approach to banks in crafting the Dodd-Frank Act’s final language. Frank controlled the conference committee that reconciled the House and Senate versions of the law and made room for amendments that diluted the law, like letting banks own up to 3 percent of a hedge fund.

Frank offered crucial cover to Senate Democrats who voted to weaken Dodd-Frank this year, all while he’s served on the board of a bank that stood to profit from the changes.

Rosen then became a deputy assistant secretary in the Treasury Department, working to build the Financial Stability Oversight Council, the Treasury-led superregulator that monitors systemic risk in the banking system. According to Capitol Hill sources, she assisted in efforts to block stronger reforms from getting traction, like the Brown-Vitter bill that would have placed higher capital requirements on the largest banks. Mary Miller, a top Treasury Department official, publicly questioned the need for more reforms at the time, claiming that Dodd-Frank had solved the “too big to fail” problem.

Rosen advised clients on regulation and policy, serving the familiar role of a revolving-door veteran.

At BlackRock, Rosen joined what appeared to be a shadow Treasury Department tied to the ambitions of CEO Larry Fink, who waged a quiet campaign to become 2016 Democratic presidential nominee Hillary Clinton’s Treasury secretary. Rosen advised clients on regulation and policy, serving the familiar role of a revolving-door veteran who uses knowledge gained in government to help financial institutions navigate the bureaucracy.

At the time, BlackRock and other asset management companies were battling a potential designation by the Financial Stability Oversight Council as systemically significant firms, which would have subjected them to additional regulatory scrutiny. Rosen’s experience building the council could have been a benefit to ultimately preventing the asset manager designation. After Donald Trump won the presidency, Rosen departed from BlackRock.

Schumer has been criticized for installing bank-friendly moderate commissioners on the SEC in the past. “Sen. Schumer maneuvered mediocre revolving-door figures like Annette Nazareth and Mary Jo White onto the SEC,” said Jeff Hauser, who runs the Revolving Door Project, referring to two SEC commissioners who had previously represented banks at corporate law firms. “While Trump obviously helped Democrats unify after a contentious 2016, that unity would be endangered by a Democratic Party SEC nominee out of step with the party’s professed commitment to effective financial regulation and opposition to revolving-door swampiness.”

The decision on the SEC slot could be finalized as soon as next week. There is some urgency, because Trump has already nominated Senate Banking Committee staffer Elad Roisman, a conservative, to fill a Republican seat on the SEC. Commission seats with nominees from both parties are often paired, so Democrats and Republicans both have an interest in voting to confirm.