Emails show how tech giants are negotiating for a compromise to avoid the prospect of California voters potentially ushering in the strongest privacy rules in the U.S. 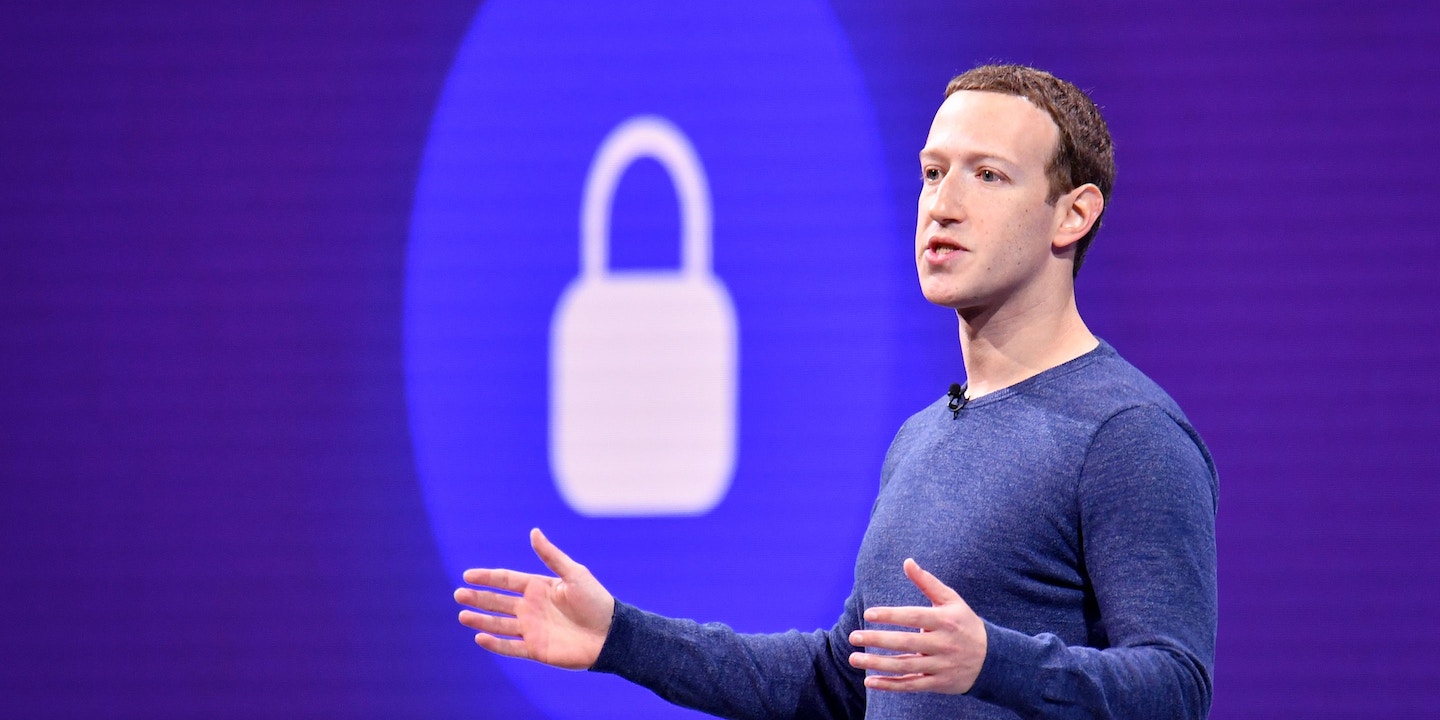 Lobbyists for the largest technology and telecommunications firms have only three days to prevent the California Consumer Privacy Act, or CCPA, a ballot initiative that would usher in the strongest consumer privacy standards in the country, from going before state voters this November.

The idea that Californians might gain sweeping new privacy rights has spooked Silicon Valley, internet service providers, and other industries that increasingly rely on data collection, leading to a lobbying push to defeat the initiative before it gains traction. Their best hope may be to convince the sponsors of the initiative, including San Francisco real estate developer Alastair Mactaggart, to pull the proposal in exchange for compromise privacy legislation, AB 375, which would achieve some of the same goals of the initiative. Lawmakers behind the legislation, led by state Assembly Member Ed Chau, D-Monterey Park, and state Sen. Robert Hertzberg, D-Van Nuys, have promised to swiftly pass their bill this week if sponsors withdraw the CCPA.

Emails obtained by The Intercept reveal that tech giants are fighting behind the scenes to water down the privacy legislation, hoping to prevent an expensive and potentially losing ballot fight this year.

Andrea Deveau, a lobbyist for TechNet, a trade group for Google, Facebook, and other tech companies, has continually updated an ad-hoc business lobbying coalition formed to defeat the CCPA. In an update sent on Sunday evening, Deveau provided a “compilation of feedback re: the most problematic aspects of AB 375.”

In her update, she listed a vast array of changes lobbyists are still seeking, including a rewrite of the privacy law’s description of what counts as personal information, changes to the conditions under which a consumer can seek legal action, the preservation of arbitration clauses in consumer contracts, and the removal of the mandate that firms display a button on their homepage giving consumers a clear way of opting out of data collection, among other changes.

Lobbyists are seeking a rewrite of what counts as personal information, the preservation of arbitration clauses, and the removal of the mandate for a button to opt out of data collection.

Over the last few days, Deveau has continued to update a coalition of Sacramento lobbyists of her team’s efforts to ensure that if AB 375 passes, the bill provides significant changes compared to the original CCPA.

The inclusion of a Facebook representative is notable, given the company’s well-publicized announcement earlier this year that it would end its opposition to the initiative. In February, the company provided $200,000 to an account set up by the California Chamber of Commerce designed to defeat the CCPA initiative. But in April, following revelations about the extent to which British consulting firm Cambridge Analytica provided the Donald Trump campaign with illicit access to Facebook user data, Facebook announced that it would withdraw its opposition to CCPA and not provide additional funding to the Chamber account.

Facebook’s lobbyist this week joined conference calls to strategize about ways to undermine CCPA and the email chains show that Facebook representatives have continued to receive updates from industry allies on ways in which to undermine the CCPA. The firm, however, has maintained its promise not to pledge new money to the opposition effort.

Facebook confirmed its ongoing involvement fighting CCPA. “People should be in control of their information online and companies should be held to high standards in explaining what data they have and how they use it, especially when they sell data,” read a statement provided to The Intercept and attributed to Will Castleberry, Facebook’s vice president of state and local public policy. “We are committed to being clear with people about how our services work, including the fact that we do not sell people’s data. In that spirit, while not perfect, we support AB375 and look forward to working with policymakers on an approach that protects consumers and promotes responsible innovation.”

In addition to Facebook, Google, AT&T, Microsoft, Amazon, Verizon, and the California New Car Dealers Association have each contributed six figure donations to the Chamber account set up to defeat CCPA. Uber, the Data & Marketing Association, Cox Communications, and the Interactive Advertising Bureau have each contributed $50,000 to the account, according to disclosures.

“You should assume we are going to the ballot to fight the Initiative and determine your appetite to fight.”

But experts believe the cost of the campaign could run into well over $100 million or more if the initiative goes before voters this fall. On Monday, the California Secretary of State officially qualified the CCPA initiative, confirming the campaign turned in enough valid signatures.

California campaign finance law mandates that the largest donors to a campaign are listed at the end of each advertisement. Though Silicon Valley firms have the most to lose from the enactment of the CCPA, brand names such as Google and Amazon are nervous to have their logos associated with a slash and burn election effort in opposition to privacy rights.

The tech and cable firms opposed to the bill have leaned heavily on their respective trade associations such as TechNet to head off the initiative.

In her email to the ad-hoc coalition, Deveau noted that AB 375 was moving fast, and that changes to the legislation would have to happen quickly over the coming days. If substantial changes were not made, she encouraged the lobbyists to prepare to begin raising cash for a pricey campaign over CCPA later this year.

“In the meantime, you should assume that we are going to the ballot to fight the Initiative and determine your appetite or the appetite of your clients/members to fight the ballot initiative (meaning push hard to get a sense of how much you/they might be willing to contribute to the opposition campaign) if they feel they cannot live with this new language,” Deveau warned.

The current draft of AB 375, released yesterday, shows that the compromise legislation already differs in several key areas. The legislation, as opposed to CCPA, largely removes the right for consumers to take their own legal action, instead delegating power for enforcement to the attorney general in most circumstances.

“The Consumer Privacy Act prohibited businesses from denying services, charging different rates for the same services, or providing different levels or quality of services, in response to a consumer request that they stop selling data,” said Lily Li, a privacy attorney and owner of Metaverse Law.

In contrast, Li said, “AB 375 generally prohibits such price or service discrimination, but provides a carveout in situations where the difference in price or quality ‘is directly related to the value provided to the consumer by the consumer’s data.’”

The tech lobbying team met yesterday with Hertzberg and Gov. Jerry Brown’s office, along with the leadership of both houses of the California legislature. In a follow-up email, Deveau confirmed the Monday morning meeting between Hertzberg and the “folks leading the charge on the privacy initiative opposition campaign.”

The new bill, crafted behind closed doors by the sponsors and lobbyists, has pleased some privacy advocates as decent compromise that still provides strong new protections for consumers.

“The stakes are astronomical.”

Consumer Watchdog, a consumer advocacy group, endorsed the new AB 375 legislation, calling it an agreement that enacts “meaningful privacy protections” while avoiding a costly ballot initiative battle. “If the initiative ends up on the ballot, Consumer Watchdog will work for its passage. Now, however, we support the AB 375 compromise,” declared John Simpson, director of the group’s Privacy and Technology Project.

As the new bill was officially unveiled Tuesday morning, the tech lobby joined other industry groups in Sacramento to express their concerns that the revised AB 375 bill still provided too many risks for business

“The business community is in an untenable situation. Although AB 375 is deeply flawed, the privacy initiative is even worse. The stakes are astronomical because if the initiative is passed, the legislature will be virtually unable to amend the law in the future,” said Sarah Boot, a lobbyist with the California Chamber of Commerce and the first person to testify in opposition to the legislation at the Senate Judiciary Committee, which in turn is the first committee to oversee the compromise legislation.

After Boot spoke, a parade of other lobbyists moved to the dais to register their disapproval and agree with Boot. No tech company executives or lobbyists appeared publicly, but multiple trade groups representing Silicon Valley spoke up to associate themselves with Boot’s remarks. TechNet’s Deveau, along with representatives of the Internet Association and the Computing Technology Industry Association, agreed that they deeply opposed AB 375, but found the legislation preferable over CCPA.

“Here we are, at the last minute, there’s an initiative on the ballot,” said state Sen. Hannah-Beth Jackson, D-Santa Barbara, the chair of the committee, conceding that although the initiative was far from ideal, the issue had been forced because the legislature had not moved on any major privacy legislation.

“Somebody stepped forward and now we are in a Hobson’s choice. Either this goes to the ballot and is a hundred million dollars or more I’m told is likely to be spent. Or if the bill is killed we’re back at ground zero,” Jackson said with a sigh.

After a brief debate, with Chau and Mactaggart answering questions about the bill, the committee passed the legislation. But whether it will be signed by the governor by Thursday to head off the initiative is yet to be seen.