“Nuuca” looks at attributes of the boom that go beyond emissions and oil spills: rising rates of sexual violence, trafficking, and harassment by oil workers.

In the mid-2000s, the area surrounding the Fort Berthold Reservation in North Dakota began to undergo a massive transformation after corporations figured out they could access vast wells of oil from the Bakken shale formation using fracking technology. Politicians celebrated as high-paying jobs flooded the area, but women in the community saw a darker side to the boom.

In her film “Nuuca,” Michelle Latimer explores the traits of the Bakken oil boom through the eyes of a young woman who grew up on the reservation. Some of the boom’s features are obvious: the cylinder of the derrick creaking as it pumps in and out of the earth, tanks full of crude oil buzzing with electricity, pipes rusting in a field, gas flares, and huge semi-trucks speeding down country roads, one after another.

But Latimer explores attributes of the boom that go beyond the infrastructure: rising rates of sexual violence, women being bought and sold, and daily harassment by transient male oil workers.

The film raises questions: Should crime and sexual violence be seen as a feature of the oil industry, like an oil derrick? Should women’s fear be considered another kind of fossil fuel pollution, akin to carbon emissions and oil spills?

Since the boom hit, a number of researchers and journalists have examined the crime that came with it. In their study “Drilling Down: An Examination of the Boom-Crime Relationship in Resource-Based Boom Counties,” researchers at the University of Regina and the University of North Dakota describe some of the commonalities boom towns share. An oil boom can mean a flood of young men with huge salaries and no connection to the community. Many live in sprawling, temporary housing known as man camps. The men’s deep pockets, boredom, exhausting work hours, and lack of romantic partners make them prime customers for traffickers of sex and drugs. Traffic deaths often rise, and so do reports of domestic violence.

“It’s a slam dunk that crime goes up whenever there’s a boom town, pretty much no matter where it happens throughout North America,” said Rick Rudell, one of the authors of the “Drilling Down” study. “You get this influx of young people, primarily male, into small rural communities and they just disrupt everything.”

By 2011, there were more than 1.6 single young men for every single young woman in the Bakken region counties most affected by the oil boom. The “Drilling Down” study showed that violent crime in boom counties rose 18.5 percent between 2006 and 2012, while decreasing 25.6 percent in counties that had no oil or gas production. The biggest city in the area, Williston, saw calls to police increase from 4,163 in 2006 to 15,954 in 2011. Narcotics investigations skyrocketed, as did drug arrests.

The problems are exacerbated on the reservation, where jurisdictional issues complicate efforts to prosecute the influx of non-Indigenous lawbreakers. Data collected between 1992 and 2001 shows that nationally, American Indians were twice as likely as any other racial group to be sexually assaulted. Until a 2013 amendment to the Violence Against Women Act, tribal courts were not even allowed to prosecute people who were not tribal members. The amendment created exceptions for incidents of domestic or dating violence, but it left out sex trafficking as well as sexual assault committed outside of a relationship. The amendment also requires tribes to undergo a lengthy process before they can obtain federal approval to exercise jurisdiction.  The Mandan, Hidatsa, and Arikara Nation of the Fort Berthold Reservation has not implemented the exceptions — according to the American Bar Association, only 13 tribes have.

Ruddell said that in boom times, employers may be less discriminating, so with the industry come individuals with criminal records, including sex offenders. As of 2015, nearly 20 percent of convicted sex offenders living on the Fort Berthold Indian Reservation had failed to register, compared to between 4 and 5 percent for the rest of North Dakota.

Policymakers do not appear to understand sexual violence as an inherent feature of the oil industry. North Dakota Sen. Heidi Heitkamp, who has pushed for laws that attempt to address violence against women in response to the oil boom, is also one of the oil industry’s strongest supporters. The crime spike has been framed by many as the manageable downside to a stroke of luck.

Much of the data researchers like Ruddell rely on comes from law enforcement, and it’s incomplete. That’s especially true when it comes to violence against women, who frequently decline to report sexual or domestic violence to police.

The endemic harassment that women living in the Bakken boom area have become accustomed to also goes unreported. Latimer’s film focuses on a woman who suspects she is being chased but is never caught.

“If I was to focus, let’s say, on the school teacher that was murdered and her body was found not that far from a man camp, it becomes more sensational and graphic and less about resonating with an everyday experience,” Latimer told The Intercept. The teacher, Sherry Arnold, was out jogging when she was kidnapped and later murdered by two men who had traveled from Colorado to look for work in the oil industry.

Latimer’s own experience visiting the Bakken was reflective of that of her subject. On her second day shooting, she and her producer went for dinner at a restaurant in the hotel where they were staying. They sat far away from the bar, in a corner booth. “The waitress came over and said, ‘There are a couple guys over there, oil workers off shift that want to send you drinks,’” Latimer recalled. She and her companion declined. But the men persisted. “They come over and are saying, ‘Why didn’t you take our drinks?’ And they’re pushing themselves, drunken, into our booth, putting their arm around us.”

For now, the Bakken keeps booming. The North Dakota Petroleum Council has credited the controversial Dakota Access pipeline for making prices for the region’s oil more competitive. But a bust wouldn’t solve the problems that came with the boom. The jobs and the industry would disappear, but left behind along with the polluted land would be the social problems the industry brought. Wages drop and domestic violence rates go up.

“When people see native people fighting to keep lands free of this kind of ‘progress,’ they say, ‘Oh the Indians are off trying to save the earth again,’ but it’s more than that,” said Latimer. “Who has to deal with the aftermath? It’s the stewards of the land, the people that call that land their home.” 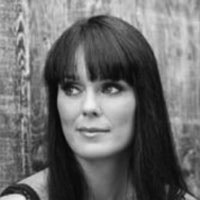