The endorsement is a resounding rejection of Feinstein’s brand of centrist politics, which simply doesn’t mesh well with the party’s most dedicated and plugged-in supporters. 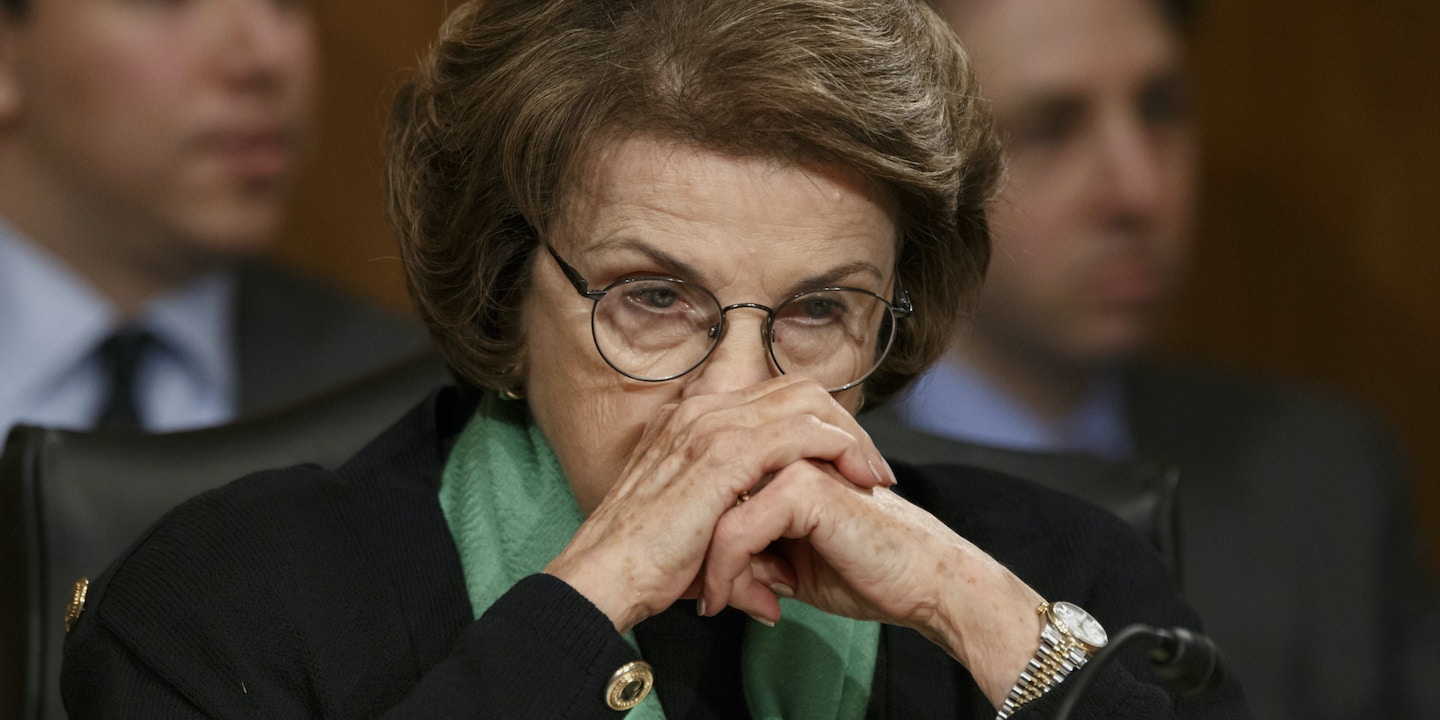 Longtime California Senator Dianne Feinstein lost the California Democratic Party’s endorsement in a stunning vote Saturday night at the party’s executive board meeting in Oakland. Though the vote was expected to be close, state Senator Kevin de León rather easily crossed the 60 percent threshold necessary for endorsement.

“The nation’s most accomplished Democratic Party is leading the call for a new generation of leadership who will fight to advance a bold agenda,” de León said in a statement. “We have presented Californians with the first real alternative to the worn-out Washington playbook in a quarter-century.”

The executive board has grown more and more progressive for a decade, since a new generation of activists secured spots in the party hierarchy. De León proved to have better relationships with party delegates than a senator who spends most of her time in Washington, and little connecting with Democratic activists back home. But the endorsement is also a resounding rejection of Feinstein’s brand of centrist politics, which simply doesn’t mesh well with the party’s most dedicated and plugged-in supporters.

“It shows that California Democrats expect our legislators to stand up for progressive values on issues from climate change to immigration to judicial nominees,” said David Atkins, a writer and regional director for Santa Barbara County. “We know that de León will do the right thing and be a leader on the issues that matter to Californians.”

For weeks, Feinstein has urged “no endorsement” in the U.S. Senate race, in what her campaign described as a gesture to party unity. She bombarded delegates with phone calls, emails, and text messages in the days leading up to the vote. And she lined up a number of surrogates to make the same case, from former party chairs John Burton and Art Torres, to six House candidates running in swing districts across the state, to legendary United Farm Workers leader Dolores Huerta, who gave a puzzling interview to reporter Casey Tolan in which she said de León’s presence on the ballot would create “confusion within the Latino community” and even suppress the vote.

Throughout the weekend, Feinstein and her team fought to block de León’s endorsement, holding a breakfast for delegates Saturday morning and making her pitch to swing voters in one-on-one meetings. Two minutes before the vote was held, Feinstein sent an email to delegates touting her endorsements from President Obama, Vice President Biden, Governor Jerry Brown, and Senator Kamala Harris.

Democrats involved in the process, meanwhile, alleged publicly that even sharper tactics were at work, claiming the Feinstein campaign offered individual delegates “party building” funds, in the form of promises to do fundraisers for county central committees and candidates, if they switched their votes to no endorsement. The Feinstein campaign firmly denied that this happened.

The vote is a huge boost to de León, who has been lagging in polls and only scored 12 percent of the overall tally in June’s open primary. The endorsement means that de León will be featured on official party slate mailers in the fall. It may also give de León the legitimacy to raise the kind of campaign funds he’ll need to be competitive in a race where Feinstein has outraised him by massive numbers. The California Labor Federation, which endorsed de León in April but has yet to supply significant funding support through any independent expenditure, will be closely watched in the aftermath of the vote.

De León still faces an uphill battle to make up a large deficit. But one key hurdle — viability for the general election — was cleared tonight.