A financial disclosure form for Jeff Greene, a billionaire real estate developer, reveals that Greene may own $27 million of Puerto Rico’s debt. 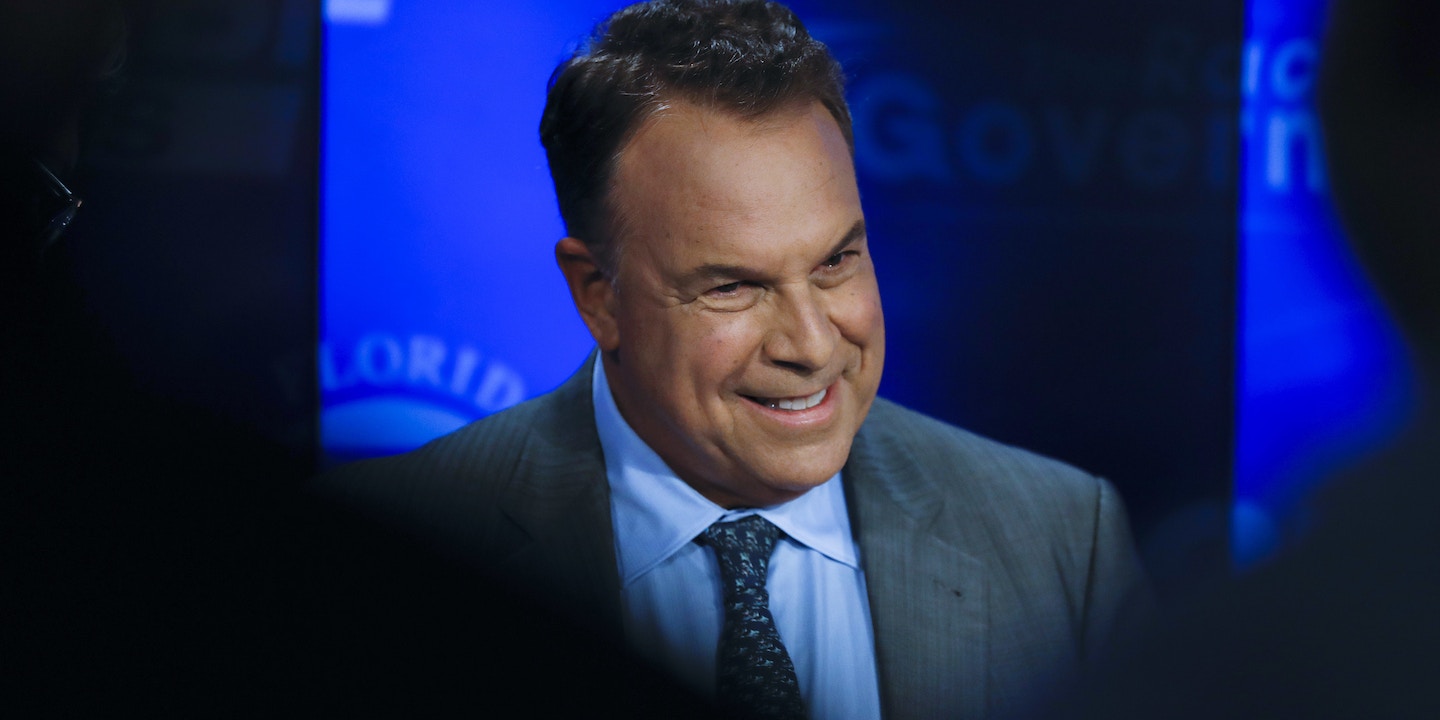 Jeff Greene, the billionaire real estate developer running for the Democratic nomination for governor of Florida, appears to own Puerto Rican debt worth at least $26.8 million, according to a listing on his candidate financial disclosure form.

The disclosure, known as Form 6, lists Greene’s net worth as of May 31 at $3.3 billion and lays out Greene’s assets, liabilities, and sources of income. Under secondary income, Greene listed a fixed income holding named “PR Commonwealth Public Impt.” There is no description of the value or the date of purchase.

Puerto Rico Commonwealth Public Improvement bonds are a standard type of general obligation debt that the government has issued as far back as 1995. The island is now suffering under more than $70 billion in debt, and creditors have forced crushing austerity and privatization of public assets.

It seems logical that “PR Commonwealth Public Impt” would refer to the Public Improvement bonds, but the Greene campaign did not answer repeated questions about the listing. If it does indeed turn out that a candidate running to govern Florida — as well as a significant portion of the Puerto Rican diaspora, after economic depression and natural disaster sent hundreds of thousands of native Puerto Ricans to the mainland — is profiting from Puerto Rican debt, that could generate significant controversy prior to the August 28 Democratic primary.

“If you are running to represent Puerto Ricans, and potentially harming Puerto Ricans through investments, then Puerto Ricans will hold you accountable,” said Julio López Varona of the Center for Popular Democracy, one of the leading activist groups on the Puerto Rican debt crisis. “There’s a question about what are those investments, and if that question is not answered that is extremely concerning.”

The “PR Commonwealth Public Impt” investment is tucked inside a JPMorgan investment account held by Aviation Plaza Partners LP, a real estate and capital market investment vehicle wholly owned by Greene’s company Millennium Holdings. Greene lists Aviation Plaza as having $536 million in assets, and having earned $10.7 million in income in 2017.

Under Florida’s disclosure laws, candidates are obligated to list secondary investments worth at least 5 percent of the total business asset and that yield income of at least $1,000 in the calendar year. If Aviation Plaza is worth $536 million, that would seem to suggest that the “PR Commonwealth Public Impt” holding is worth at least $26.8 million. But given the complexities of a billionaire’s financial picture, it’s hard to say for sure.

Neither Aviation Plaza nor Greene shows up in any litigation filings in Puerto Rico’s long-running debt saga, unlike many other bondholders. But another Greene holding suggests a pattern with sovereign debt. In the same account as the “PR Commonwealth Public Impt” investment, Greene lists “Republic of Argentina – Floating Rate Notes.” These could refer to a particularly odious form of Argentine debt, which granted higher interest rates in case the country’s credit deteriorated. When Argentina did run into trouble, the interest rate on the notes reached an astonishing 101 percent. After a 14-year battle, the country settled its debt, giving holders of floating rate notes an enormous payday.

It’s unclear from the disclosure form whether Greene profited from that Argentine debt settlement. But the combination of listings seemingly describing Argentine and Puerto Rican debt suggests that Greene has an affinity for using sovereign debt crises as a moneymaking opportunity. And Greene’s business dealings have spawned criticism before.

Greene unsuccessfully sought the 2010 nomination for U.S. Senate in Florida, despite a record of making much of his fortune by shorting the subprime housing market, in a trade similar to the one described in the big short. Greene actually beat notorious subprime short John Paulson to the trade after Paulson divulged the idea to him. It reportedly netted him over $800 million.

Greene bought a 40,000 square-foot mansion in Beverly Hills he named Palazzo di Amore. He married his wife there, with Mike Tyson as the best man. Articles about coke-fueled yacht parties have become part of the campaign (Greene told Politico that he has tried cocaine and didn’t like it, and hasn’t participated in any debauchery related to his yacht).

Greene’s hope to represent Florida residents from Puerto Rico in the governor’s mansion has some symmetry with his 2010 ambition to be a senator from a state devastated by a housing crisis that he made a fortune from, just as Floridians were losing jobs and homes at a record pace. Floridians, unsurprisingly, weren’t in a forgiving mood at the time, and Greene lost the nomination after spending $20 million of his own cash on the campaign (which represents less than 3 percent of his profits from the foreclosure crisis).

Greene returned to the political stage with a late entry this June for the governor’s race. More massive campaign spending and attacks on the frontrunners have led to a rise in the polls. Former Member of Congress Gwen Graham has consistently led the race for the past couple months, trailed by former Miami Beach Mayor Philip Levine, Tallahassee Mayor Andrew Gillum and Greene. Sen. Bernie Sanders, I-Vt., recently announced that he’d be traveling to Florida to boost Gillum, while the most recent poll in the race showed Levine creeping ahead and Greene in fourth.

Over the past week, Greene and Graham have been sparring about a different set of investments listed on Greene’s disclosure form: oil and gas stocks Exxon, Hess, Kinder Morgan, and Apache. Greene’s campaign claims to have sold those stocks for $16.5 million some time after filing the disclosure form.

Greene also said that other oil- and energy-related investments listed on the form were only there “out of an abundance of caution,” and he either didn’t have any shares of the stock or derives no income from them.

“Form 6 is a snapshot of the interests as of the date indicated on the form,” said Kerrie Stillman with the Florida Ethics Commission, which handles the state’s sunshine laws. The Ethics Commission does not verify information on the disclosure forms unless someone files a complaint that the form has inaccurate content.

Candidates need only disclose the top-line income from a business entity or investment account, not the secondary income from each holding within that entity or account. The Graham campaign has suggested that Greene was “hiding” the oil and gas investments by not listing their precise value.

But Graham has not mentioned Greene’s potential investment in Puerto Rican debt to this point.

Greene has been asked how he would handle his fortune while in office, and he rejected the idea of a blind trust. “If there was anything I owned that would have a conflict with my role as governor,” Greene told Politico, “I would just sell it.”

Top photo: Democratic gubernatorial candidate Jeff Greene awaits the start of a debate ahead of the Democratic primary for governor on Aug. 2, 2018, in Palm Beach Gardens, Fla.