Conservative groups have spent more than $30 million to generate enthusiasm for Brett Kavanaugh. They should ask for their money back. 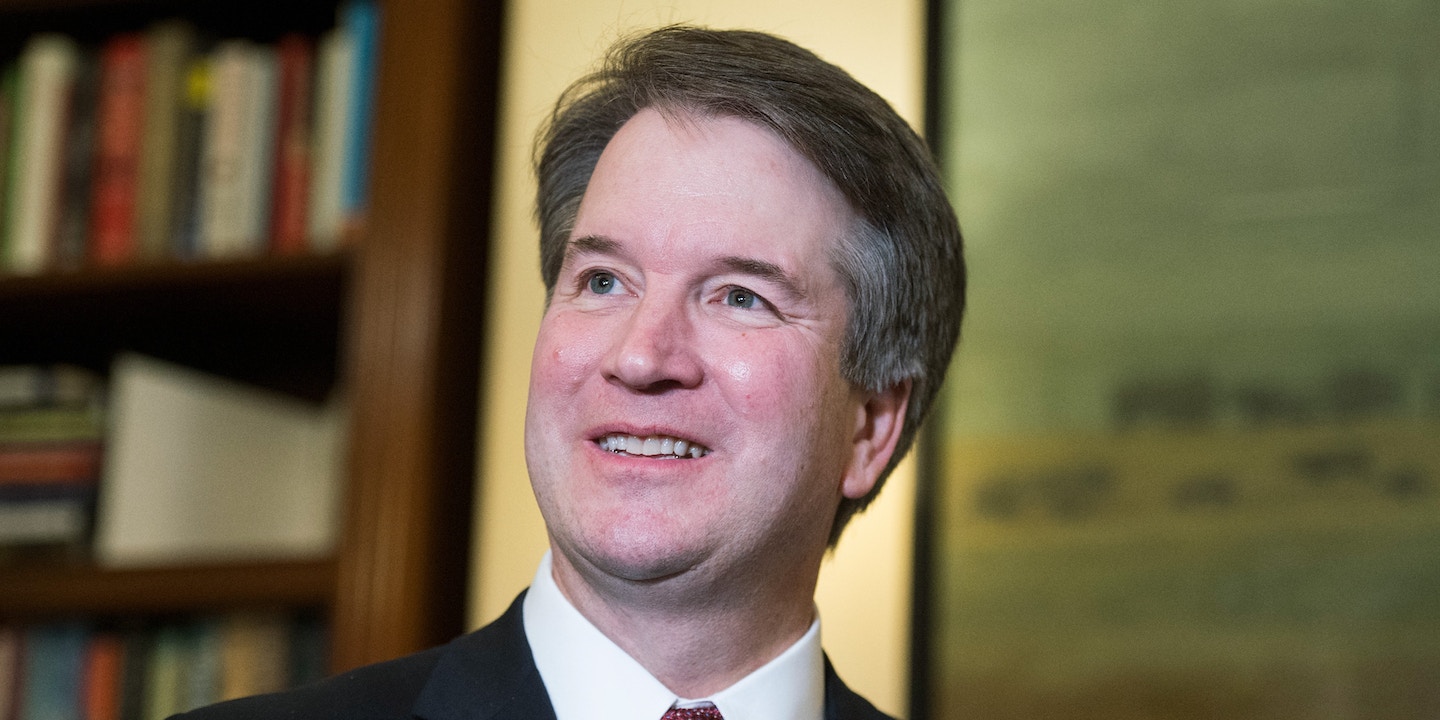 Last Sunday, several hundred protesters rallied in Civic Center Park in Denver, Colorado, against President Donald Trump’s Supreme Court pick, Brett Kavanaugh. Local reporters were on hand, and the protest earned a two-minute segment on that night’s local CBS broadcast. The “Unite for Justice” rally in Denver was just one of dozens held across the country that same day, and viewers of that evening’s news learned that the rally-goers were taking a stand against confirming a justice who would be the fifth vote to repeal Roe v. Wade.

The network’s attempt at balance, however, was foiled by advocates of Kavanaugh — or, more precisely, the lack of them. The anchor, at the end of the segment, deadpanned to the Denver metro viewership and said, “A pro-life rally was scheduled to run in opposition to the protest, but no one attended.”

“A pro-life rally was scheduled to run in opposition to the protest, but no one attended.” -- CBS Denver anchor. pic.twitter.com/LZfe6dRoiw

Abortion opponents’ inability to gather even a handful of counter protesters in Denver made for an awkward aside, but it also underscored the near total absence of organic grassroots energy from a supposedly rabid anti-choice movement. As the Senate began confirmation hearings Tuesday, the politics of the nomination are being shaped by a myth that has been constructed over decades by a small minority of fervent abortion rights opponents: that the country is evenly divided when it comes to abortion.

In reality, the politics are lopsided. Voters want Roe protected by more than a 2-1 margin, and even oppose overturning it in states like North Dakota, where Democratic Sen. Heidi Heitkamp is up for re-election. The opposition that does exist, meanwhile, is concentrated among a minority of hardcore Republicans who consider it a moral travesty to vote for Democrats — not the kind of voter Heitkamp could win over by supporting Kavanaugh.

All of this has been evident for years, yet the sophisticated political antenna of Democratic leaders in Washington suddenly fail them when it comes to reading polls on the question of abortion. Instead, Democratic leadership is worried about the political consequences for Democrats in red states who vote no. If all Democrats vote no, Republicans would need to win Susan Collins and Lisa Murkowski, Republicans from Maine and Alaska, respectively, who publicly support abortion rights.

The inability to generate pro-Kavanaugh enthusiasm can’t be blamed on a lack of funding, as conservative groups have pumped tens of millions of dollars into an effort to create the appearance of grassroots support. Yet a review of the state-level grassroots activity reveals that nearly all of it is in opposition to Kavanaugh and in clear support of women’s reproductive rights. From Washington, the opposition does not appear to be equal to the energy marshaled in defense of the Affordable Care Act, but that may be largely because only the Senate weighs in on confirmations, and Republican senators have almost exclusively hidden out from public events this summer. No public events; no fiery town halls.

Yet conservative forces have been virtually incapable of driving any real pro-Kavanaugh activism on the ground, despite the tens of millions of dollars outside groups have committed to building public support. And the pro-Kavanaugh events that have been spotted were largely organized by just a handful of staunchly anti-choice groups with laser beam focus on overturning Roe V. Wade.

A NARAL Pro-Choice America analysis found that conservative organizations are spending over $30 million as part of their effort to build public support. The Heritage Foundation pledged to spend the “bulk of” its $11.5 million budget on confirming Kavanaugh; the Judicial Crisis Network committed at least $10 million; the Great America PAC and Great America Alliance committed a combined $5 million; and the anti-choice group Susan B. Anthony List committed $3 million, according to the report.

Students for Life even recruited out-of-state volunteers to go on their #Justice4Life van tour, which aimed to pressure senators to support Kavanaugh’s nomination in six key states. The group basically promised a near-free trip and volunteered to pick up people from Virginia and Washington, D.C., to attend West Virginia events; from Minnesota to go to North Dakota events; and from Ohio to go to Indiana events. “If you want to join us in one of these states, simply sign up below and put down a $20 deposit, which you will receive back at the end of the weeklong trip, to reserve your spot,” the registration form read, apparently nervous that students would skip out if they didn’t hold on to their deposit. “Students for Life will cover lodging, travel costs, and most of your food costs.”

Concerned Women for America organized a “Women for Kavanaugh” bus tour with advertised stops at the parking lots of Bass Pro Shop, Hobby Lobby, and Chick-Fil-A stores. The tour was advertised as a series of rallies, but devolved to press conferences when it became clear not enough people would show to make it raucous.

And Susan B. Anthony List started a “Pro-Life Court” coalition, which pledged to hold 26 press conferences in key states to support Kavanaugh’s nomination. But they have staged a total of 16 state-level press conferences to date, primarily in states where the group has paid activists on the ground. Susan B. Anthony List has staged four events in Florida, where they have 137 paid canvassers; four events in Missouri, where they have 98 canvassers; and five events in Indiana, where they have 84 canvassers. Other events took place in North Dakota and West Virginia. Elsewhere, if the group doesn’t pay people to show up, nobody shows up.

Indeed, there was more energy at Tuesday morning’s hearing than along the stops of the various bus tours, as women dressed as characters from “The Handmaid’s Tale” were escorted out by Capitol Police, and Democrats on the Judiciary Committee objected to the hearing taking place, motioning for an adjournment after a 42,000-page document dump from the GOP on Monday night. Demonstrators attend the “Unite for Justice” rally held in the courtyard of City Hall in Philadelphia.

Kavanaugh apparently told Collins in a closed meeting last week that he considers Roe V. Wade to be “settled law,” suggesting he may not vote to overturn it if confirmed. But his response is hardly reassuring. Calling Roe “settled law” doesn’t mean anything, and he doesn’t need to overturn Roe to decimate abortion rights. (Though, a post-Roe world is already a reality for many women who find themselves absurdly far away from an abortion clinic.)

Kavanaugh is one of the most unpopular Supreme Court nominees in history, and women are largely behind the opposition to his nomination, a recent CNN poll found. That’s even more true in Maine than it is in the rest of the country, where more than $200,000 has already been pledged against Collins if she votes to support Kavanaugh.

Nationally, fewer than three in 10 women believe he should be confirmed, according to the CNN poll. Eyes are on moderate Republicans and red-state Democrats concerned with re-election, but as the failed pro-Kavanaugh campaign shows, lawmakers would be bending over backwards to appeal to a mythical voter — while making enemies of very real ones.