Ayanna Pressley faced off against incumbent Mike Capuano in a battle to represent District 7. 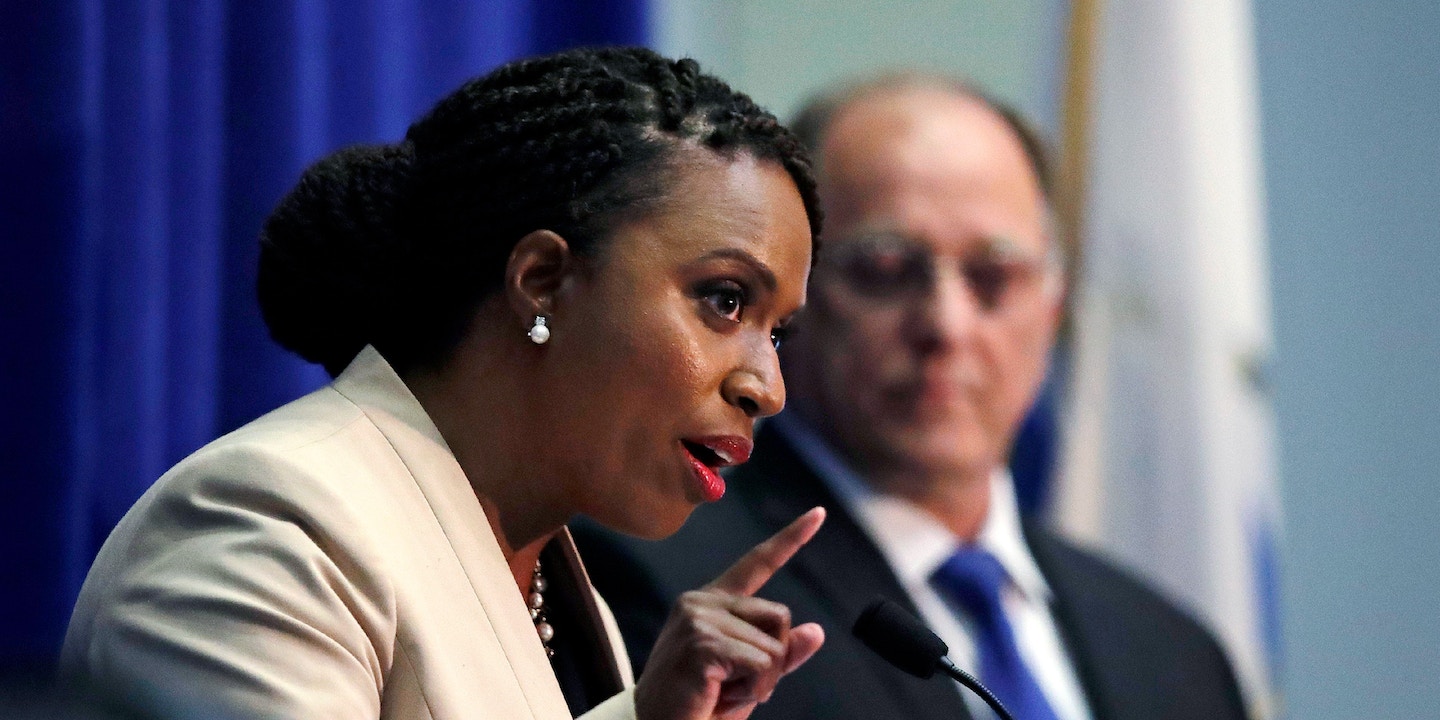 Pressley set her sights on Capuano‘s seat, she said, because she felt that the congressman wasn’t providing the kind of leadership that the community deserves. She said that Capuano’s insufficient commitment to addressing inequality in the district, his acceptance of corporate money, and his position on the “abolish ICE” movement was out of step with District 7 — the most diverse district in the commonwealth.

Capuano told The Intercept that he stands by his past performance: “I’ll compare my record against anybody’s,” he said.

He quickly conceded the race on Tuesday night. “Clearly the district wanted a lot of change,” he said.

For the past 20 years, Capuano has represented the 7th District in Congress, and until now, has never faced a primary challenger. Formerly the mayor of Somerville, Capuano was first elected to the 8th District (it merged into the 7th in 2012) in 1998, winning with just shy of 23 percent of the vote in a crowded Democratic primary. Republicans don’t usually even run in the district, which is one of the most progressive in the country. So the Democratic primary usually decides who wins the seat.

As an alderman in Somerville back in 1987, Capuano helped author one of the first “sanctuary city” laws in the country. The congressman supported “Medicare for All” long before it became a progressive litmus test, and he cites his work on ethics rules in the House and his efforts to improve accessibility to transportation in his district as evidence of what he’s done for District 7.

But according to Pressley, Capuano’s record was not enough to merit re-election. “I think the leadership this district deserves and, at times, requires is an activist leadership,” she told The Intercept.

To Pressley, her candidacy is about living up to the promise of her party. She’s been a faithful, proud Democrat all her life, she told me, and has taken seriously the charge to ignite and expand the electorate after the party’s loss in 2016.

“This is the fight for the soul of our party and the future of our democracy,” said Pressley.

Pressley won a city council spot in 2009 and served powerful Massachusetts Democrats like former Rep. Joseph Kennedy II and Sen. John Kerry in the decades before that. Now, after eight years working to enact legislation for the city, she wants to take her local advocacy to Washington.

Pressley will be the first African-American representative from the district. That would be an important milestone for many in the 7th, which is 51 percent female, 66 percent people of color (African-American, Asian, Latinx, Native Indian), 30 percent foreign-born, and 41 percent single female-headed households, according to Pressley’s campaign — though the majority of voters are white. Comments that Capuano made last year criticizing Colin Kaepernick for his protest methods resurfaced recently, heightening interest in racial representation.

Capuano’s defeat is a setback for progressive foreign policy activists. As The Intercept reported last month, Capuano has been a forceful voice against U.S. involvement in foreign wars, while Pressley — as a municipal officer — is a relatively blank slate with respect to international affairs. In a questionnaire provided to both candidates by Massachusetts Peace Action, Pressley declined to answer whether she would vote to end military intervention in Afghanistan or support legislation prohibiting military forces from being stationed in Syria. Capuano answered yes to both.

Capuano has been a leader with respect to opposition of the war in Libya, and has shown a willingness to criticize his own party’s approach to the region. He also has a progressive advantage on Israel-Palestine issues, having defended the Boycott, Divestment, and Sanctions movement on First Amendment grounds against a bill intended to criminalize it. Pressley declined to address the issue directly.

Despite these concerns, Pressley has a broad base of support in the district. She and Capuano admit their voting records would be largely the same as representatives, but that didn’t phase Patricia Montes, who leads immigrant rights organization Centro Presente in East Boston. Motes told The Intercept that Pressley would bring the kind of fresh approach that’s needed in the current political moment.

“People who’ve been in D.C. for a long time are not necessarily bringing new ideas or challenging the status quo, challenging their own party,” said Montes. “They’re accustomed to the fact that because they are Democrats, people are going to support them.”

Pressley has raised over $1 million since January 2017, including $370,000 in 2018’s second quarter. She’s done so on the back of individual donors and has sworn off corporate donations. But as The Intercept pointed out in August, Pressley’s municipal campaigns “received donations from several corporate lobbying PACs, including [law firms] Nelson Mullins Riley Scarborough and Nixon Peabody.” Capuano, on the other hand, raised $1,729,813 — including corporate money — and a heat map of in-district donations to each candidate created by political activists Bobby Constantino and Kristin Johnson shows that unlike Pressley, Capuano’s support is concentrated in the wealthier northern half of the district.

While the Pressley-Capuano contest has gotten the most attention, there are a number of other interesting primary races happening on Election Day in Massachusetts.

This story was updated with race results.