Dear Anonymous Trump Official, There Is No Redemption in Your Cowardly Op-Ed

Your New York Times op-ed is shameful. You and your fellow “steady state” officials are enablers of Trump. You are his protectors. 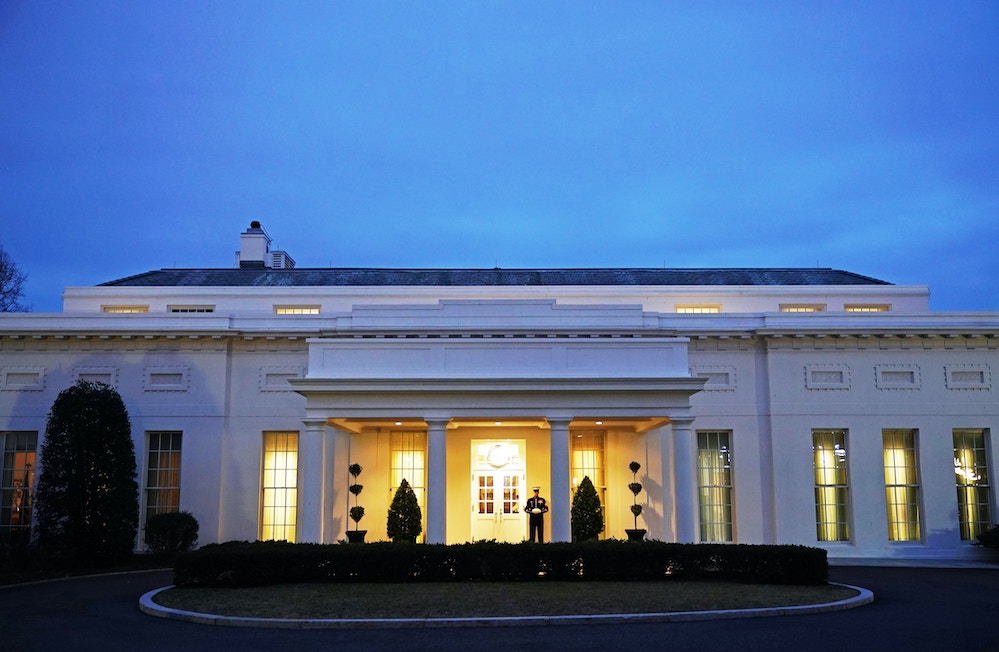 You claim, on the opinion pages of the “failing” New York Times no less, that senior officials working for the president of the United States “are working diligently from within to frustrate parts of his agenda and his worst inclinations.”

“I would know,” you add dramatically. “I am one of them.”

Sorry, what was the point of this particular piece? And what is it that you want from the rest of us? A thank-you card? A round of applause? The nation’s undying gratitude?

There is no redemption; no exoneration for you or your colleagues inside this shit-show of an administration. You think an op-ed in the paper of record is going to cut it? Gimme a break. You cannot write an article admitting to the president’s “anti-democratic” impulses while also saying you want his administration “to succeed.” You cannot publish a 965-word piece excoriating Donald Trump’s “worst inclinations” while omitting any and all references to his racism, bigotry, Islamophobia, anti-Semitism, and white nationalism.

You did find space, however, to heap praise on yourself and your fellow officials. “Unsung heroes.” “Adults in the room.” “Quiet resistance.” “Steady state.”

Are you kidding me? Where were your “unsung heroes” when this administration was snatching kids from their parents and locking them in cages? Drugging them and denying them drinking water?

Where were your “adults in the room” when this administration left 3,000 Americans in Puerto Rico to die because, apparently, it is an island “surrounded by water, big water, ocean water”? Where were they when the president was denying that Hurricane Maria was a “real catastrophe” and lobbing paper towels at the survivors?

Where was your “quiet resistance” when the president was extolling far-right racists as “very fine people” and blaming the violence in Charlottesville on “both sides”? How “quiet” were you when he later disowned his half-hearted and belated denunciation of the “KKK, neo-Nazis, white supremacists and other hate groups” as “the biggest fucking mistake I’ve made”?

Where was your “steady state” when the president fired the director of the FBI because, he told NBC News, “this Russia thing with Trump and Russia is a made-up story”? Or when he sacked Preet Bharara, U.S. attorney for the Southern District of New York, and Sally Yates, the acting attorney general? Or when he tweeted, earlier this week, that Attorney General Jeff Sessions shouldn’t have indicted two Republican allies of his over alleged financial crimes?

The reality is that you and your fellow officials are enablers of Trump; you are his protectors and defenders. You say it yourself. Why were there only “whispers within the cabinet of invoking the 25th Amendment,” which provides for the cabinet to remove the president from office if he is unable to do the job? Why not invoke it and let Mike Pence take over? (Are you, by the way, Mike Pence?)

If as you claim — and we all agree! — that the president you serve “continues to act in a manner that is detrimental to the health of our republic” with “misguided impulses,” then how can you advocate for anything other than his swift removal from office?

Your defense is that “no one wanted to precipitate a constitutional crisis.” Seriously? You don’t agree with former Secretary of State John Kerry that we’re already in the midst of “a genuine constitutional crisis,” given your own op-ed outlining his “erratic behavior” and “reckless decisions” and Bob Woodward’s new book describing “an administrative coup d’etat” and a “nervous breakdown” at the center of the Trump White House?

You are keen to remind the liberal readers of the New York Times that yours “is not the popular ‘resistance’ of the left” and that you believe this administration’s policies have “already made America safer and more prosperous.” You cite “historic tax reform” and “effective deregulation” as the supposed “bright spots that the near-ceaseless negative coverage of the administration fails to capture.” But by tax reform, do you mean the Trump tax cuts that give the richest 1 percent of Americans almost half of the benefits? And by deregulation, do you mean the rescinding of Obama-era protections for the oceans; the lifting of controls on toxic air pollution; and the green light to Wall Street to once again cause havoc in the financial markets?

What is it, then, that you object to? Well, it seems, your biggest concern is “not what Mr. Trump has done to the presidency,” but how Americans have “sunk low with him and allowed our discourse to be stripped of civility.”

You’re joking, right? The widespread dishonesty, the rampant corruption, the brazen racism, the growing authoritarianism, the accusations of collusion — none of that tops your list of Trumpian abuses and infractions? But the “civility” of our discourse does? Fuck civility.

Also, what did you think would happen when you signed up to work for a reality TV star who was accused of sexual assault by more than a dozen women, and of rape by his first wife? Who stiffed hundreds of contractors, ripped off Trump University students, cheated on his third wife just months after she gave birth, and cut off health care coverage to his own nephew’s sick baby in a fit of rage?

You knew all of this and yet you still chose to work for him at the highest level of government. You now acknowledge that “the root of the problem is the president’s amorality.” But how about your own amorality? I hate to agree with your boss, but you are “gutless.” You’re a shameless coward, a cynical opportunist.

Don’t hide behind anonymity. Don’t pretend that you have “gone to great lengths” to restrain Trump and “put country first.”

Tell us your name. Quit your job. Call out this president in public.

Call him out for his bigotry, his mendacity, his sheer mental and emotional unfitness for the office he occupies. Call him out in front of a congressional committee. Or a court of law.

Otherwise, I say again: Screw. You.