The National Council of Churches and former Supreme Court Justice John Paul Stevens are among those asking that Brett Kavanaugh step aside. 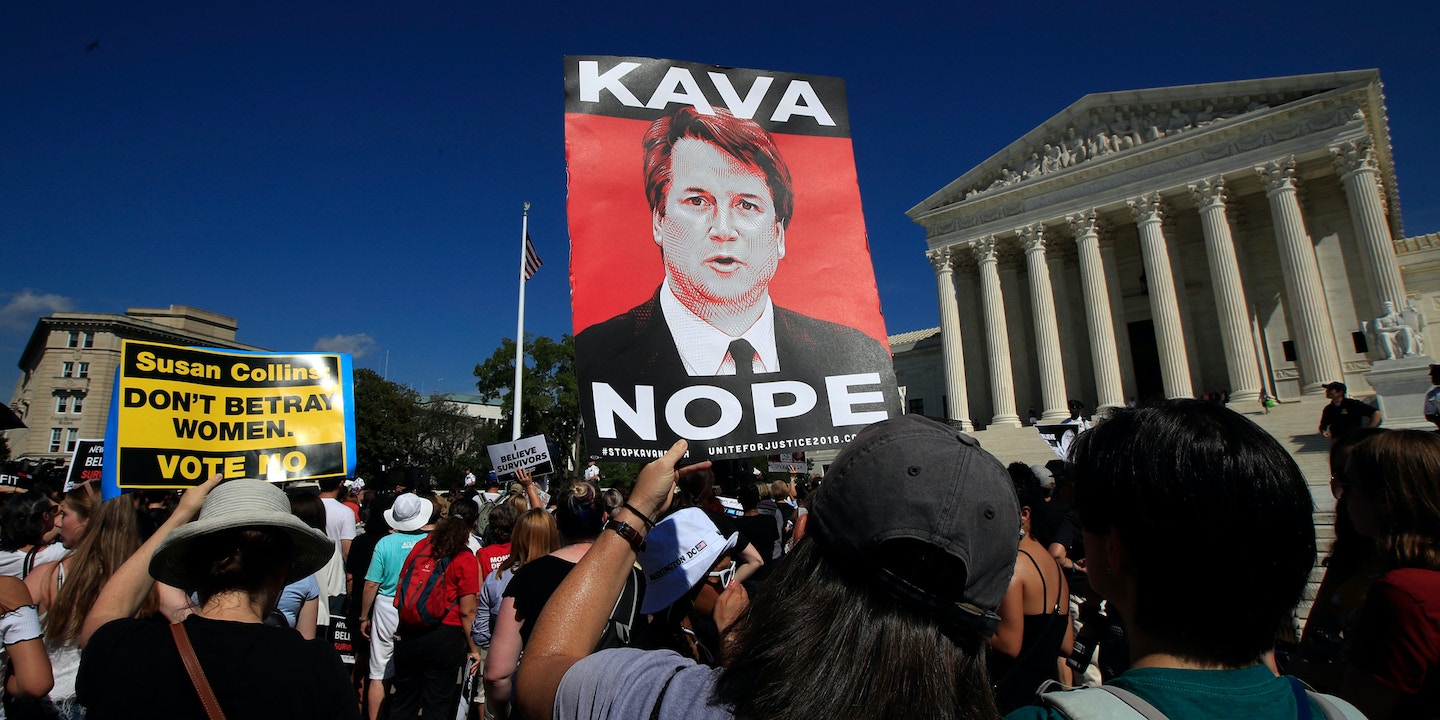 The opposition to Brett Kavanaugh that has gotten the most attention is, naturally, the Senate Democrats who are voting against his Supreme Court nomination, and members of the #MeToo movement who believe Christine Blasey Ford and Deborah Ramirez when they say Kavanaugh drunkenly assaulted them in high school and college, respectively.

But that’s just the tip of the iceberg. Across the country, a diverse array of prominent individuals and organizations has come out against Kavanaugh, quite publicly and quite surprisingly. That even includes friends of his. Unlike the political divide on Capitol Hill, which is predictably stark with the exception of a few wavering senators, the national opposition to Kavanaugh’s elevation to the Supreme Court includes a startling number of church groups, including Mormons and Christians. Conservative scholars and legal figures — such as former Supreme Court Justice John Paul Stevens, a lifelong Republican appointed to the court by a Republican president, Gerald Ford — have also spoken out against the nominee.

“I think that his performance during the hearings caused me to change my mind,” Stevens said on Thursday.

Stevens, who retired from the high court in 2010, was referring to Kavanaugh’s bitter and tearful attacks during his testimony before the Senate Judiciary Committee last week. In his prepared remarks, Kavanaugh railed against the Democrats who had vocally opposed his nomination. He even invoked a plot for revenge by supporters of Bill and Hillary Clinton, who resent his previous work for Ken Starr, the special prosecutor who led the campaign to impeach Bill Clinton in the 1990s. “He has demonstrated a potential bias involving enough potential litigants before the court that he would not be able to perform his full responsibilities,” Stevens told retirees in Boca Raton, Florida. “For the good of the court, it’s not healthy to get a new justice that can only do a part-time job.”

While Kavanaugh’s nomination had initially moved forward with broad support from religious organizations, that’s changed as a result of the sexual assault allegations, as well as the widespread impression that he lied during his testimony about having received stolen Democratic emails while working in the Bush White House, and that he misrepresented his drinking habits and the meanings of what appeared to be problematic remarks he made in his 1983 senior yearbook. Shortly after Kavanaugh’s testimony last week, a major Catholic magazine issued a surprising call for his nomination to be withdrawn.

“For the good of the country and the future credibility of the Supreme Court in a world that is finally learning to take reports of harassment, assault and abuse seriously,” the editors of America Magazine wrote in an editorial, “it is time to find a nominee whose confirmation will not repudiate that lesson.” On Thursday, Mormon Women for Ethical Government, which has dozens of offices across the country, issued a statement that, while not explicitly calling for Kavanaugh’s nomination to be voted down, called on the Senate to only seat judges “of the highest character and caliber who respect the law both professionally and personally.”

The National Council of Churches, which represents 100,000 congregations and 45 million church-goers, issued a blunt demand for Kavanaugh to step aside after his testimony. “Judge Kavanaugh exhibited extreme partisan bias and disrespect towards certain members of the committee and thereby demonstrated that he possesses neither the temperament nor the character essential for a member of the highest court in our nation,” the NCC statement said. It continued, “We are deeply disturbed by the multiple allegations of sexual assault and call for a full and unhindered investigation of these accusations.”

After initially expressing strong support for him, three of Kavanaugh’s former law clerks unexpectedly moved toward opposition to his nomination after the allegations of sexual assault emerged. In a Monday letter to the Senate Judiciary Committee, the three clerks wrote that “we have been deeply troubled by those allegations and the events surrounding them and were encouraged by the initiation of a formal FBI investigation.” They submitted their letter before the FBI completed its investigation on Thursday. Though Republican senators applauded the FBI’s efforts, Democratic senators who read the investigation sharply criticized it because a large number of people who wanted to talk to the FBI, including Ford, were not contacted.

Kavanaugh’s nomination initially received widespread support from his former high school classmates at Georgetown Preparatory School, and from former classmates at Yale University, where he was an undergraduate, as well as a law student. But in the wake of the assault allegations and his testimony, that support began to crumble, too. More than 125 alumni of Georgetown Prep have signed a petition of support for Ford, calling on other alumni to come forward with information about sexual assaults Kavanaugh was involved in. “Our silence serves no one,” the petition states.

Former students and professors at Yale have also spoken out. Three of Kavanaugh’s close friends from Yale wrote a startling op-ed in the Washington Post on Thursday, with the headline, “We Were Brett Kavanaugh’s Drinking Buddies. We Don’t Think He Should Be Confirmed.” They argued that Kavanaugh flat-out lied in his testimony about not drinking heavily at Yale. “We felt it our civic duty to speak the truth and say that Brett lied under oath while seeking to become a Supreme Court justice,” they wrote. “That is our one and only message, but it is a significant one. For we each believe that telling the truth, no matter how difficult, is a moral obligation for our nation’s leaders. No one should be able to lie their way onto the Supreme Court. Honesty is the glue that holds together a society of laws. Lies are the solvent that dissolves those bonds.”

More broadly, several thousand law professors across the country signed a letter against his nomination, stating about his testimony, “Judge Brett Kavanaugh displayed a lack of judicial temperament that would be disqualifying for any court, and certainly for elevation to the highest court of this land.” And just today, the American Bar Association notified the Senate that it was re-opening its evaluation of Kavanaugh’s fitness to serve as a result, again, of his testimony last week.

What follows is a list of people and organizations that have opposed Brett Kavanaugh’s elevation to the Supreme Court of the United States:

Correction: October 6, 2018
This article has been amended to reflect that Deborah Ramirez was interviewed by the FBI.