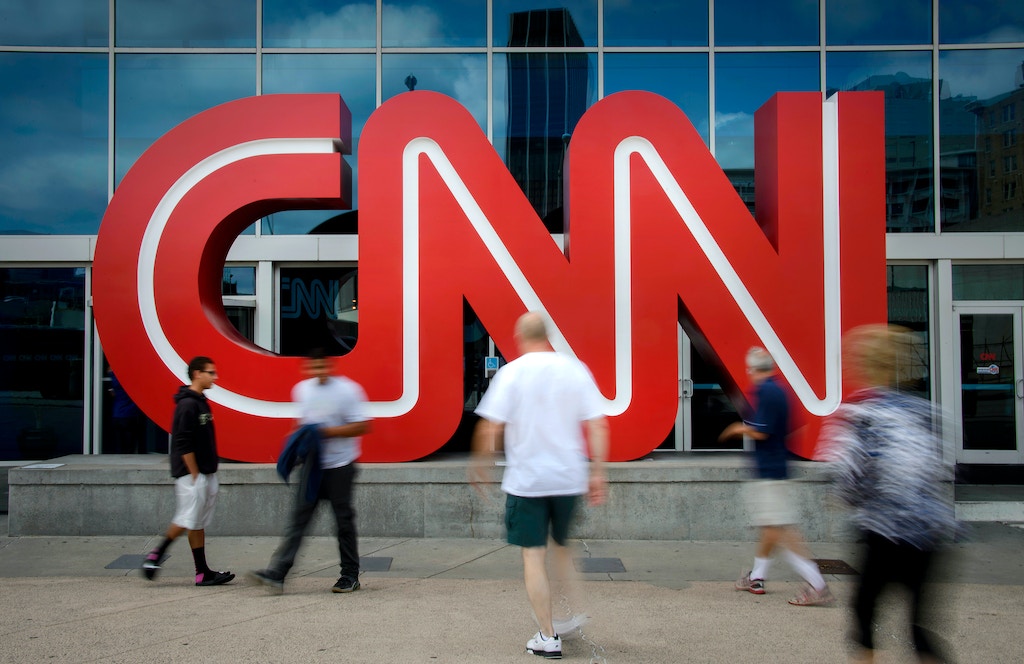 On Monday night, CNN host Don Lemon led a panel discussion with three CNN commentators as they gleefully heaped scorn on Kanye West for meeting with President Trump to discuss prison reform and for otherwise expressing support for the President (the video is below). Among other things, West was pilloried for being both ignorant and exploited. “Kanye West is what happens when Negroes don’t read,” CNN’s Bakari Sellers said. CNN’s Tara Setmayer pronounced him “the token Negro of the Trump administration.”

While those comments received some attention (only from conservative outlets, needless to say), the laughter-driven attacks on West for his well-publicized medical treatment for mental health issues were largely ignored. But those comments, broadcast in prime-time by CNN on television and then widely disseminated by the network on social media, were not just reprehensible, but genuinely dangerous.

Setmayer was referring to West’s 2016 hospitalization in Los Angeles’s Ronald Reagan UCLA Medical Center. In 2018, West spoke publicly and bravely about that hospitalization and the medical treatment he has received for his mental health struggles, including a bipolar diagnosis. West described how his doctors found the right balance of medication and therapies and he decided to speak publicly about his medical treatment because, in his words, “I want to change the stigma of mental health.” 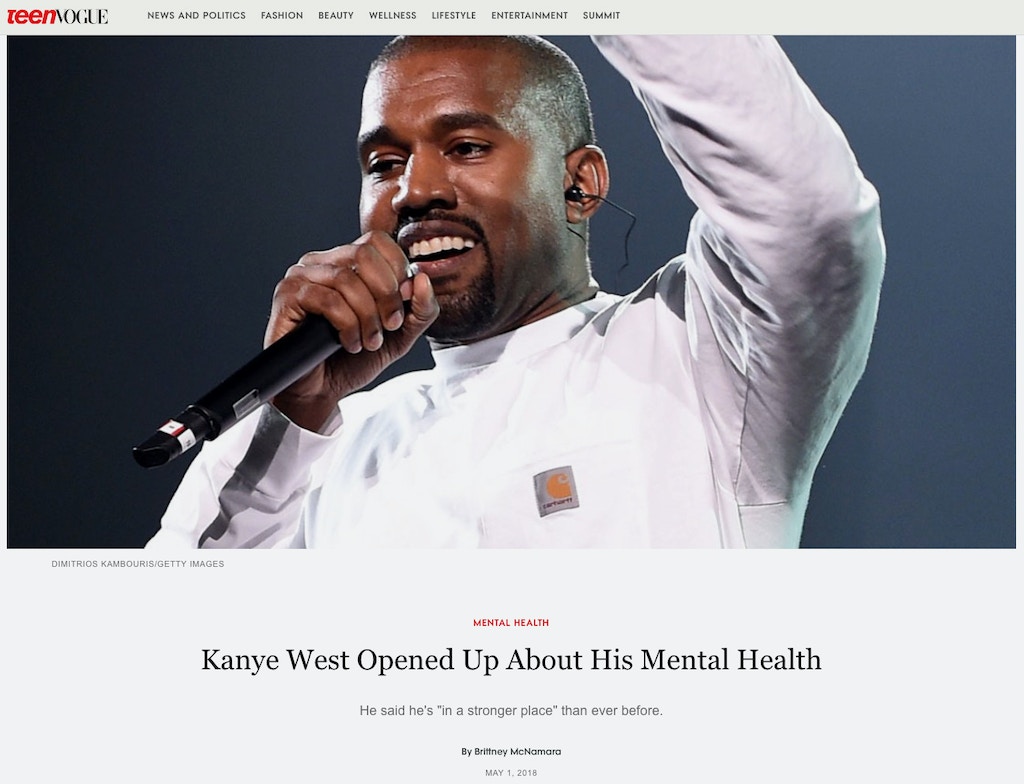 That was precisely the stigma that CNN and its various personalities exploited, played with and strengthened by weaponizing West’s medical treatment against him, using it to disqualify him as someone who can be regarded as credible or serious.

After mocking West for his hospitalization, Setmayer quickly added: “You know not to trivialize mental health issues” – something she had just blatantly done and then proceeded immediately to do again, adding: “but I mean obviously, Kanye has taken a turn in a very strange way. You read any of his interviews, go back and read his interview with Charlamagne tha God. It’s all over the place.” Not only did Lemon nor any of the other panelists object, but they maintained their laughing, giggling tone as this mockery was spouted.

Amazingly, after the segment was aired, CNN seemed not to be ashamed but quite proud of it, as it promoted it online to its Twitter audience:

.@Bakari_Sellers: "My issue with Kanye West is quite simple -- is that anti-intellectualism simply isn't cool." https://t.co/FVeCRODqXl pic.twitter.com/rhH5nWSubZ

It should go without saying that West, as a public figure expressing controversial political views, is fair game to be criticized, harshly or otherwise, for the substance of what he says and does. But exploiting his medical treatment for mental health issues to declare him unworthy of being heard, or being incapable of cogent thought, is grotesque.

Mental health professionals, particularly those who specialize in the effects of social stigma on individuals with mental illness, have told the Intercept that the kinds of comments aired by CNN often prevent patients from seeking the treatment they need due to the shame associated with these conditions – a fear-driven failure that frequently results in allowing these conditions to go untreated, sometimes leading to permanent depression, incapacity and even suicide.

Worse, they said, the CNN discussion exploited, and lent credibility to, bigoted attitudes toward people who have been treated for mental health conditions, attitudes which often prevent them from finding employment or even shelter.

Psychology Professor Patrick Corrigan, one of the nation’s leading scholars on the harms of societal stigmas attached to mental health treatment and the author of a new book entitled “The Stigma Effect,” told the Intercept that Setmayer’s comments “are troubling even if one does not like Donald Trump or his constituency.” The commentary from CNN, he said, “is stigma – in the same category as racism and sexism. It tries to minimize someone’s opinion not because of the spirit of the message, but because mental illness is some kind of slur against one’s character.”

Professor Corrigan emphasized that this “stigma’s effects are not trivial. Research quite clearly shows employers don’t want to hire people with mental illness. Landlords don’t want to rent to them. Health care professionals provide a substandard level of care. And all of this is due to the stigmatizing label.” A screenshot of an article in the Association for Psychological Science discussing research around the stigma of mental illness.

In a 2014 research article published by Corrigan and two other scholars, entitled “The Impact of Mental Illness Stigma on Seeking and Participating in Mental Health Care,” data shows that while “treatments have been developed and tested to successfully reduce the symptoms and disabilities of many mental illnesses,” many “people distressed by these illnesses often do not seek out services or choose to fully engage in them. One factor that impedes care seeking and undermines the service system is mental illness stigma.” The paper added:

Stigma is a significant barrier to care seeking and participation (Corrigan, 2004). More than 100 peer-reviewed, empirical articles have been published supporting some aspect of how stigma serves as a barrier (Clement et al., 2013). Research has demonstrated stigma to be a problem for elders (Graham et al., 2003), adults (Vogel, Wade, & Hackler, 2007), adolescents (Chandra & Minkovitz, 2007), and children (Adler & Wahl, 1998).

One of the most damaging stereotypes, the paper documented, is that “people with mental illness are often seen as incompetent” –  precisely the stereotype CNN peddled about West. As the researchers put it: “people attempt to escape the unfair loss of opportunity that comes with stigmatizing labels by not going to clinics or interacting with mental health providers with whom the prejudice is associated (Corrigan, 2004). (The fear is that someone will think, ‘Hey that guy coming out of the psychiatrist’s office must be wacko and incompetent!’).”

Another leading scholar on the damage done from mental health stigma, Psychology Professor Stephen Hinshaw of the University of California at Berkeley, said of the CNN segment that while “mental illness” is real, “using the term to cast aspersions on what an individual is saying or doing (a) takes away the underlying message and meaning and (b) clearly contributes to the still-pervasive stigma related to mental illness, even in 2018.”

Professor Hinshaw noted the “long history of discounting someone’s political views by attributing them to an underlying mental illness. After all,” he told the Intercept, “if you’re crazy, then anything you say can be completely discounted.” Indeed, as Professor Hinshaw noted, exploiting mental health diagnoses to malign and discredit political adversaries has a long and truly ugly lineage.

As the Chicago Tribune reported in 2007, “the Soviet Union routinely locked up dissidents in asylums,” and post-Soviet Russian authorities “are increasingly returning to psychiatry to suppress political opponents or punish activists, according to human-rights organizations and other watchdog groups.” China’s abuse of psychiatric treatment to malign dissidents is well-documented. And in the U.S., weaponizing mental health diagnoses to marginalize dissidents has been a common practice.

What makes CNN’s willingness to stigmatize mental health treatment all the more reprehensible is that just four months ago, their own colleague, CNN host Anthony Bourdain, committed suicide just days after fashion designer Kate Spade had done the same thing. Those high-profile suicides provoked a much-needed national discussion about what headlines called “the dangers of mental health stigma.” Photo: by Craig Barritt/Getty Images for The New Yorker

As one article on Bourdain and Spade’s deaths put it in citing a new report from the Center for Disease Control: “In 2016 alone, nearly 45,000 people in the United States took their own lives, making suicide the 10th leading cause of death.” One major factor is that “those living with the mental health struggles that lead to suicide often don’t seek treatment or open up to friends and family about their deep despair.” The reason is that people from all social classes – including those in the public eye – “feel the need to hide their suffering because of the heavy stigma that surrounds mental illness.”

To watch Bourdain’s own network, CNN, promote a reckless, giggly segment a mere four month after his tragic death that explicitly endorses and wields this stigma – by pronouncing that those who struggle with mental health issues should not be taken seriously and have no role in public discourse – is nothing short of sickening.

This, of course, is all part and parcel of what has become the anything-goes mentality when it comes to demonizing those perceived as insufficiently critical of Trump. We’ve seen Democrats and allied media figures similarly embrace homophobia and reckless jingoism when they believe doing so is justified because their goals are politically noble.

But what CNN just did is a new – and uniquely dangerous – low in this gutter game. There are all sorts of legitimate ways to critique and even mock Kanye West if that’s what one wants to do. Laughingly exploiting the fact that he previously received medical treatment for mental health conditions is the opposite of legitimate. It’s the precise behavior that has driven people with mental health issues underground, hiding in shame, and too afraid – for good reason – to seek the treatment they need and deserve out of fear that people like the ones who composed this CNN panel will use it against them.