What Journalism Gave Me: Reflections of Ady Barkan

Journalism gave me a way of looking at the world, through the eyes and stories of individual people, rather than the lens of statistics or abstractions. Late one winter evening during my sophomore year of college, facing a midnight deadline to turn in a draft of my biweekly opinion column and with no clue what I was going to write about, I left my dorm room and wandered down Broadway in search of inspiration. I returned to my room a couple hours later, having had three of those intense, revelatory conversations that only college sophomores can have: with a homeless man wearing a Howard Dean T-shirt, a sex worker enjoying a late-night meal at the counter of Tom’s Restaurant, and an evangelical security guard working the overnight shift.

Being a student journalist gave me so much. It was through journalism that I first learned about the issues that would shape my career as an activist: how intellectual property laws have created an access-to-medicine crisis around the world; how corporations stamp out the efforts of workers to build collective power; how our criminal injustice system chews up and spits out so many lives. But more than fluency in any particular policy issue, what journalism gave me was a way of looking at the world — through the eyes and stories of individual people, rather than the lens of statistics or abstractions.

Throughout my decade as an activist, I’ve returned again and again to this formula: Put the voices of impacted people front and center, and let the policy recommendations flow out from there. Over the past year, that has meant putting my family’s story in the limelight, because my diagnosis with ALS in 2016 has made us so reliant on a broken health care system.

But journalism did even more than shape my worldview. It gave me my first proper paycheck — as an intern on the editorial board of the Miami Herald in the summer of 2004 — with which I paid for my first apartment, overlooking South Beach’s rambunctious nightlife and the vast Atlantic beyond. And it gave me the love of my life: Rachael Scarborough King, the take-no-bullshit opinion editor at the Columbia Daily Spectator. Senior year, we tried to launch a weekly magazine together. That didn’t succeed, so we had to settle for launching our lives together instead.

That’s why I’m so honored that The Intercept is naming this new fellowship for me. Journalism is of course crucial to the working of democracy, especially in an era like ours, when so many government officials are so willing to dispense with truth and decency. But more than that, the type of journalism practiced at The Intercept is crucial to the progressive movement that I’m a part of: a journalism that takes individual human dignity seriously, that is willing (even eager) to challenge authority, and whose practitioners believe that a better world is possible.

I wish The Intercept had been around when I graduated college. I’m thankful that it’s here now, and I can’t wait to read the reporting of the fellows who will soon join its ranks.

Donate here to help create the Ady Barkan Reporting Fellowship at The Intercept. 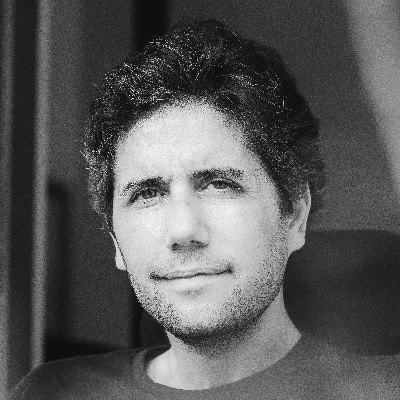