“It was a beatdown that went bad”: Gruesome details emerge about the alleged murder of Army Staff Sgt. Logan Melgar in Mali in 2017. 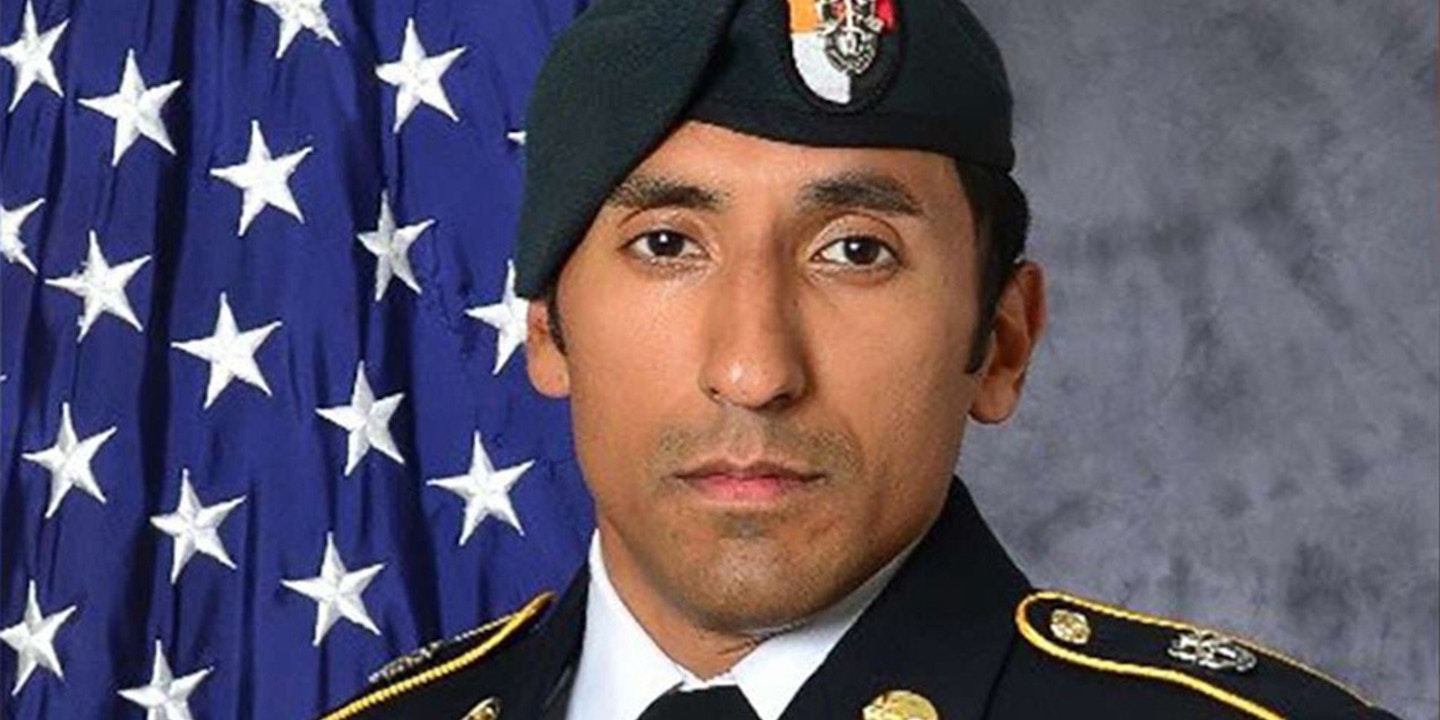 The Navy has formally accused a member of SEAL Team 6 with choking a Green Beret to death last year, and then using his field medic skills to cut open the victim’s throat in an effort to fake a lifesaving technique and cover up the murder.

The gruesome details of the alleged murder of Army Staff Sgt. Logan Melgar, of the 3rd Special Forces Group, while serving in the West African nation of Mali in June 2017, were released yesterday by the Navy as part of charges against two members of SEAL Team 6 and two special forces Marines. The charges were first reported by the Daily Beast.

The four accused special operators and Melgar were serving together on a counterterrorism task force based at the U.S. Embassy in the Malian capital of Bamako. The unit provided intelligence and training for Malian military forces in their battle against Islamic insurgents affiliated with Al Qaeda.

Melgar’s death in the early-morning hours of June 4, 2017 led to a significant rift inside the military’s special operations community, which viewed the alleged murder and attempted cover-up as a sign of how lawless the elite SEAL Team 6 has grown, according to several current and former members of the community.

The documents released by the military portray a premeditated assault that turned deadly, followed by a multistep, monthslong cover-up by the accused SEALs and Marines.

Although all four of the elite operators were charged with murder, involuntary manslaughter, conspiracy, obstruction of justice, and burglary yesterday, the documents paint the Navy SEAL who allegedly choked Melgar to death as the most sinister player. The Navy has not released the names of the servicemen, but The Intercept and other media outlets have previously identified the man who allegedly strangled Melgar as Petty Officer Anthony DeDolph, and the other SEAL as Chief Petty Officer Adam Matthews. DeDolph faces the most charges.

DeDolph, a trained medic, allegedly conducted a tracheotomy on Melgar — a medical procedure intended to open the throat and insert a tube to allow for air passage — in order to “hide evidence of the injuries inflicted” on Melgar’s throat. A crushed throat was later determined by a medical examiner to be his cause of death, according to two people who reviewed Melgar’s autopsy.

The charges say the four servicemen broke into Melgar’s room while he was sleeping and “bound him with duct-tape.” According to sources familiar with the investigation, DeDolph then strangled Melgar “with a chokehold,” while Matthews and at least one of the Marines restrained Melgar.

The documents released by the military do not address the motive for the attack, but sources familiar with the investigation by the Naval Criminal Investigative Service previously told The Intercept that Melgar’s relationship with DeDolph and Matthews was acrimonious at the time of the late-night assault.

Melgar had reported to his chain of command that the two SEALs were stealing money from an operational fund used to pay informants, according to several people familiar with the investigation who asked for anonymity because they were not authorized to discuss the case with the media. (A person briefed on the investigation also said that DeDolph and Matthews denied that they were stealing, and claimed to investigators that it was Melgar who had been stealing the cash and that they had confronted him about it.)

Investigators also discovered that DeDolph and Matthews hired prostitutes during their assignment in Bamako and used their shared embassy housing with Melgar for trysts. Melgar complained that the SEALs had pressured him for not taking part in conduct he considered illegal and inappropriate, according to a person with direct knowledge of Melgar’s concerns.

The charges against the four do not include premeditated murder, and investigators found no evidence that they had planned to kill Melgar.

“It was a beatdown that went bad,” said a retired special operations officer, who was briefed on the investigation.

The four broke into Melgar’s room at 5 a.m., as Melgar was sleeping and began the attack, according to military documents. After they realized that Melgar had died, investigators believe, the cover-up began. DeDolph and Matthews brought Melgar’s body, which had been badly damaged by the tracheotomy, to a French medical clinic in Bamako, where he was pronounced dead.

Part of the initial cover story for Melgar’s death was that he and DeDolph had engaged in “mutually initiate[d]” wrestling, as one of the Marines described it to investigators, at Melgar’s front door at 5 a.m. DeDolph was a professional mixed martial arts fighter prior to joining the Navy, and MMA is part of the required training for Navy SEALs.

The SEALs and the Marines made a series of false or misleading statements over a six-month period, which included the claim that Melgar was drunk when the SEALs and Marines arrived in his bedroom. A toxicology report later determined that Melgar did not have alcohol in his system at the time of his death. Other parts of the cover story began to fall apart, according to people familiar with the NCIS investigation and military documents.

According to a former SEAL Team 6 leader, who still consults for the unit, the command’s leadership quietly encouraged the Navy to prosecute DeDolph and Matthews in an effort to distance the SEAL command from the potential reputational stain stemming from the incident.

Melgar’s accusation that DeDolph and Matthews were stealing from the informant funds led to a larger investigation of potential financial malfeasance at SEAL Team 6 involving the misuse of cash intended for operational and contingency purposes.

“We honor the memory of Staff Sgt. Melgar, our thoughts remain with his family and teammates,” Capt. Jason Salata, a spokesperson for Special Operations Command, said in a released statement. “If these allegations of misconduct are substantiated, they represent a violation of the trust and standards required of all service members. We trust our service members to safeguard our nation’s most sensitive interests and to do so with honor.”

An “Article 32,” the military equivalent of a grand jury proceeding, is scheduled for December 10 in Norfolk, Virginia, near SEAL Team 6’s headquarters.

All four of the accused are on active-duty and remain free, as the Navy has determined that they are not flight risks.