Opponents had long worried that Congress would try to slip through the controversial measure in the period between the election and the new year. 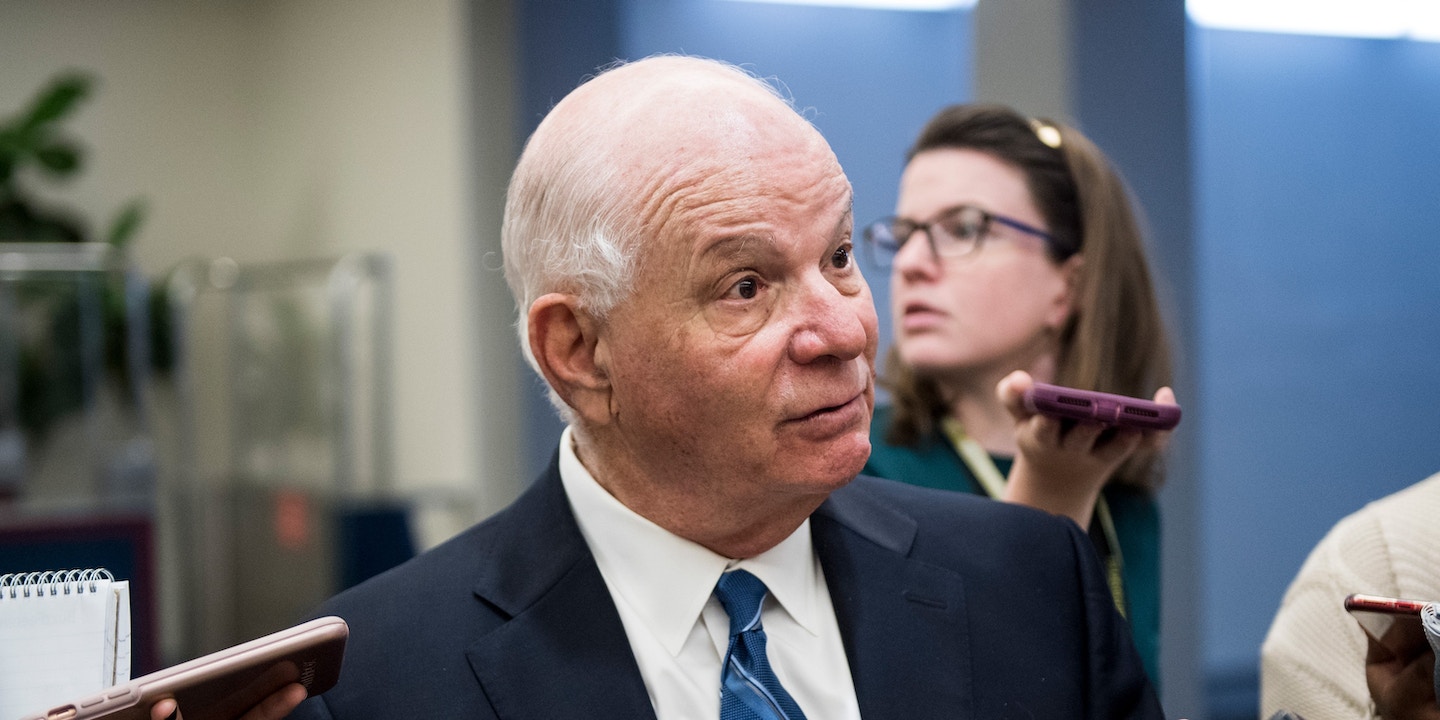 Democratic Sen. Ben Cardin is making a behind-the-scenes push to slip an anti-boycott law into a last-minute spending bill being finalized during the lame-duck session, according to four sources familiar with the negotiations.

The measure, known as the Israel Anti-Boycott Act, was shelved earlier amid concerns about the infringement of free speech, after civil liberties groups argued that the original version would have allowed criminal penalties for Americans who participate in a political boycott of Israel. Some of the more aggressive elements of the provision have been removed under pressure, but the American Civil Liberties Union, which spearheaded the initial opposition to the bill, is still strongly opposed.

In a letter to Congress, the ACLU warned that the amended version still creates unconstitutional restrictions on free speech. “We understand the Senate is considering attaching a revised version of S. 720 to the end-of-the-year omnibus spending bill, and we urge you to oppose its inclusion,” reads a letter dated December 3.

On Monday, incoming Rep. Rashida Tlaib, D-Mich., became the second member of Congress to publicly endorse the Boycott, Sanctions, and Divestment movement, or BDS, which Cardin’s measure is meant to combat. She joined incoming Rep. Ilhan Omar, D-Minn., who had become the first to publicly endorse it. Neither would be able to vote on the measure, as they won’t be sworn in until January.

The Senate measure, which has a House companion, is part of a broad push to undermine support of BDS in both the U.S. and Europe, often conflating the boycott with anti-Semitism. According to the activist group Palestine Legal, which monitors anti-BDS legislation across the country, as of June 2018, 25 states had enacted laws punishing businesses that choose to boycott Israel. In 2017, one city in Texas even required businesses to certify that they would not boycott Israel before receiving hurricane aid.

The Israel Anti-Boycott Act, which was introduced last year by Cardin and Sen. Rob Portman, R-Ohio, would amend the 1979 Export Administration Act to allow penalties for companies who join boycotts of Israel called for by international institutions — like the United Nations or the European Union. The new version clarifies that people cannot face jail time for participating in a boycott, but the ACLU has argued that it still leaves the door open for criminal financial penalties. Defenders of the bill say that it is strictly aimed at preventing companies from facing pressure to boycott Israel and that it is not meant to restrict an individual’s free speech.

Debate over the Israeli occupation of Palestinian territory, and Israel’s continued expansion of settlements in violation of international law, is already fraught in the United States. Temple University professor Marc Lamont Hill was fired last week as a CNN political contributor for a speech he gave at the U.N. calling for equal rights for Palestinians living within Israel or territory controlled by Israeli forces. Critics charged that the speech called for the “destruction of Israel,” though it did not.

His critics argue that while tenure protects free speech and academic freedom, his argument amounted to “hate speech,” and is therefore not protected. (A petition opposing his firing has generated more than 10,000 signatures.)

Lamont Hill has since apologized to those who took offense at his speech, though a campaign to have him fired from his tenure position is ongoing.

“I take seriously the voices of so many Jewish brothers and sisters, who have interpreted my remarks as a call to or endorsement of violence. Rather than hearing a political solution, many heard a dog-whistle that conjured a long and deep history of violence against Jewish people. Although this was the furthest thing from my intent, those particular words clearly caused confusion, anger, fear, and other forms of harm. For that, I am deeply sorry,” Hill wrote.