Navient, while fighting a lawsuit brought by the CFPB, subpoenaed a former CFPB official who is a persistent critic of the student loan industry. 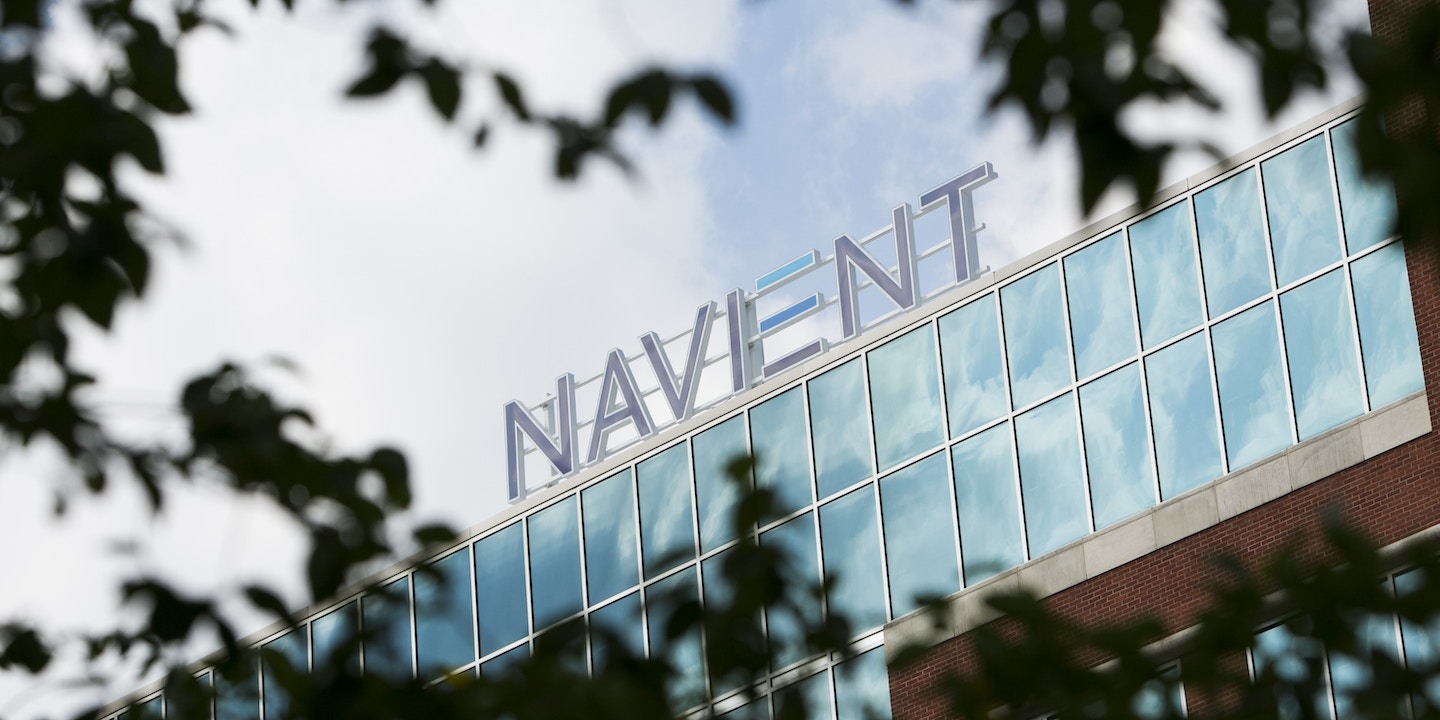 Student loan giant Navient has subpoenaed a former Consumer Financial Protection Bureau official as part of what appears to be a new effort to intimidate critics as the company battles allegations of improper loan servicing practices.

The company is in the midst of fighting a lawsuit brought by the CFPB over allegedly steering borrowers into $4 billion in avoidable interest charges. In October, as part of the discovery process, Navient subpoenaed Seth Frotman, the former student loan ombudsman for the CFPB, to sit for a deposition. The subpoena only became public on Tuesday afternoon, when Frotman’s lawyers attempted to dismiss it.

Frotman is not a party to the case. A persistent critic of the student loan industry who recently started a nonprofit called the Student Borrower Protection Center, he is the only current or former CFPB official that Navient is known to have attempted to depose. And Navient wants to question him on a broad range of topics: not just about communications with enforcement officials related to the investigation, but with third parties like the Department of Education, members of Congress or their staffs, state attorneys general, consumer advocacy groups, or even members of the media.

Navient also wants to know “the circumstances of [Frotman’s] resignation” from the CFPB, which occurred a year and a half after the lawsuit was filed.

It’s extremely unusual for a company to respond to a federal lawsuit from a regulatory agency by seeking to depose officials from that agency. One obvious conclusion is that Navient is engaging in a high-level form of legal harassment to silence a perceived enemy and send a message to others. “It’s hard to see this as anything but retaliation on the part of Navient,” said Deepak Gupta, Frotman’s attorney in the matter.

In a motion filed on Tuesday, Gupta sought to stay the deposition, scheduled for December 14, and also to quash the subpoena forcing Frotman to testify. Calling the motion an “open-ended fishing expedition,” Gupta argued that Frotman would be legally barred from testifying about any internal deliberations related to his government service. He also accused Navient of failing to demonstrate that any of the information it seeks from Frotman would be relevant to the case.

Of course, that may not be the point. As Frotman notes in a declaration filed with the motion, letting a deposition like this go forward “would be a green light to litigants nationwide that they can drag me and other former high-level officials into the very large number of court cases over student loan servicing and other consumer-finance practices.” The time and expense of multiple testimonies would be significant. Frotman concludes, “In addition to inappropriately pulling back the curtain on high-level policymaking, and chilling the frank exchange necessary to a good deliberative process, I also worry that this would discourage people from future public service.”

Frotman served as student loan ombudsman from 2015 to 2018. It was a policy job, where he recommended strategies to help protect borrowers from student loan industry abuses. Frotman asserted in his written declaration that he had nothing to do with initiating the investigation against Navient or drawing up the lawsuit; his only role in the case involved internal discussions with litigators as a subject-matter expert.

CFPB sued Navient on January 18, 2017, for “systematically and illegally failing borrowers at every stage of repayment.” According to the complaint, Navient failed to correctly allocate borrower payments across multiple loans, sometimes ringing up late fees and defaults even when the borrower made the payment. In particular, the company steered borrowers into forbearance plans (a temporary break from payments) that increased interest due, rather than other repayment options.

Last month, Sen. Elizabeth Warren, D-Mass., released an audit from the Department of Education, finding 220 instances in which Navient call center personnel failed to offer options to borrowers struggling to pay their loans other than forbearance, seemingly confirming some of CFPB’s allegations.

The CFPB complaint also alleged that Navient gave student borrowers incorrect information for how to maintain eligibility for income-based repayment plans, which only take a sliver of a borrower’s income every month. It erroneously misreported loan defaults to credit reporting agencies of severely disabled borrowers — including veterans — who had the right to seek loan forgiveness after acquiring their disability. Navient’s subsidiary, Pioneer Credit Recovery, also made misrepresentations to borrowers about credit reporting and collection fees. Navient failed to correct these and other errors in the face of borrower complaints.

The lawsuit was filed two days before President Donald Trump’s inauguration. There are indications that Navient resisted a settlement after Trump’s election, expecting to get a better deal with a deregulator-in-chief. Frotman did speak at the CFPB press conference announcing the charges. Those were his only public statements on the matter.

Navient was mostly correct in its assumption that Trump would usher in a lighter regulatory hand. Once CFPB Director Richard Cordray left office for an unsuccessful run for Ohio governor, White House budget director Mick Mulvaney replaced him. After that, CFPB’s public enforcement actions dropped by 75 percent. Mulvaney folded the student loan division into the consumer information unit, a downgrade of its power. The Navient case was kept alive, but several state attorneys general have brought their own litigation, anticipating that the CFPB would eventually drop the charges.

Frotman resigned from the CFPB on September 1. In a scathing resignation letter, he accused Mulvaney and the new leadership of abandoning borrowers, instead altering the agency’s mission to “serve the wishes of the most powerful financial companies in America,” as he put it.

Navient hadn’t listed Frotman as a witness in the case until after his resignation. The company subpoenaed him a month later, which forced Frotman to hire legal counsel. In his own declaration, Frotman attorney Deepak Gupta says he tried four times to contact Navient about the scope of the deposition and the information being sought. Navient finally replied dismissively, with counsel Daniel Kearny stating: “We do not have an obligation to clarify for you exactly what questions we intend to ask in the deposition.”

Two weeks later, on a conference call with Gupta, Navient’s lawyers reiterated that they had no obligation to lay out the scope of the deposition and provided topics to Frotman in the subpoena “only as a courtesy.” The lawyers added that they could go even beyond that topic list. Navient’s attorneys told him they had no “current” plans to depose any other CFPB officials, but that they reserved the right to do so later.

After that, Gupta filed the motion to quash the subpoena. Judge Robert Mariani could either agree and throw out the attempted deposition, limit the questioning to certain topics, or allow it to go forward.

Navient did not respond to a request for comment.