Google risks being “complicit in human rights violations” if it brings censored search back to China, said a global coalition of over 60 groups. 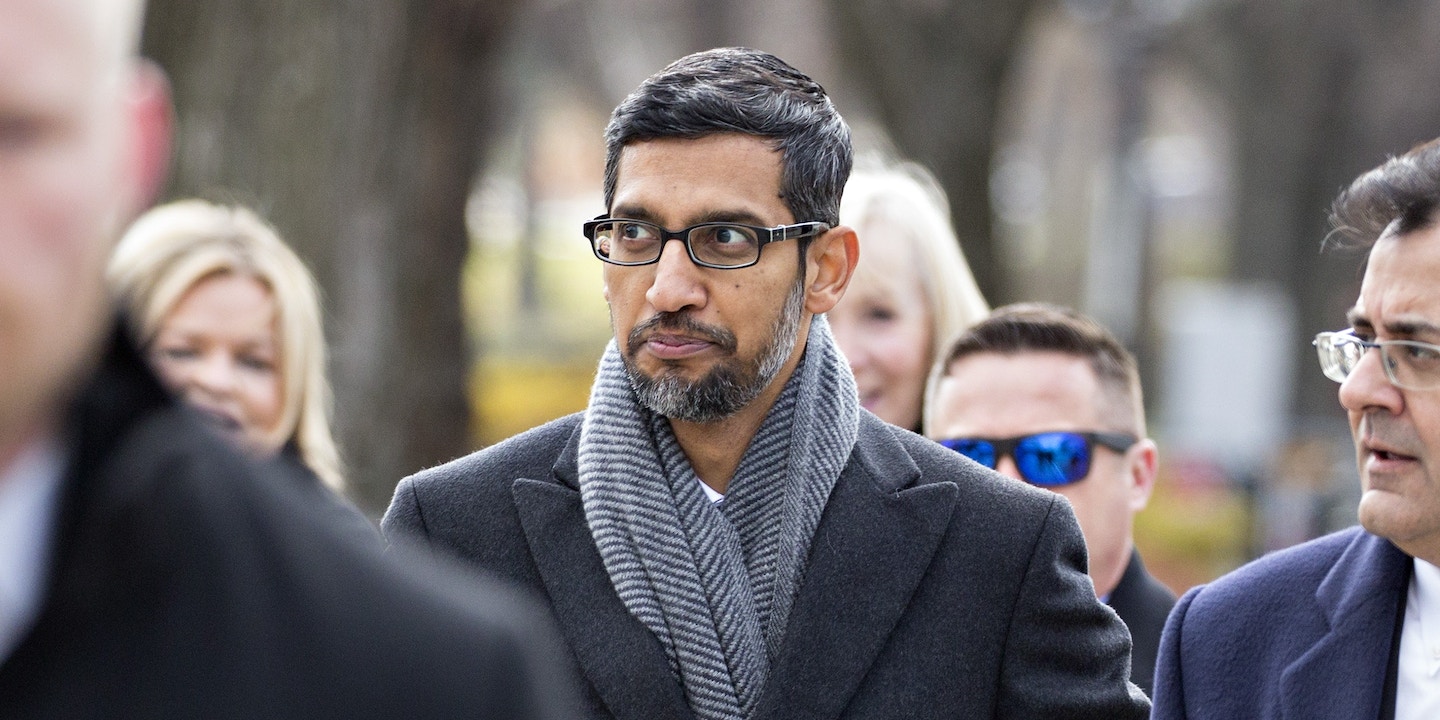 Google is facing a renewed wave of criticism from human rights groups over its controversial plan to launch a censored search engine in China.

A coalition of more than 60 leading groups from countries across the world have joined forces to blast the internet giant for failing to address concerns about the secretive China project, known as Dragonfly. They come from countries including China, the United States, the United Kingdom, Argentina, Bolivia, Chile, France, Kazakhstan, Mexico, Norway, Pakistan, Palestine, Romania, Syria, Tibet, and Vietnam.

A prototype for the censored search engine was designed to blacklist broad categories of information about human rights, democracy, and peaceful protest. It would link Chinese users’ searches to their personal cellphone number and store people’s search records inside the data centers of a Chinese company in Beijing or Shanghai, which would be accessible to China’s authoritarian Communist Party government.

If the plan proceeds, “there is a real risk that Google would directly assist the Chinese government in arresting or imprisoning people simply for expressing their views online, making the company complicit in human rights violations,” the human rights groups wrote in a letter that will be sent to Google’s leadership on Tuesday.

The letter highlights mounting anger and frustration within the human rights community that Google has rebuffed concerns about Dragonfly, concerns that have been widely raised both inside and outside the company since The Intercept first revealed the plan in August. The groups say in their 900-word missive that Google’s China strategy is “reckless,” piling pressure on CEO Sundar Pichai, who is due to appear Tuesday before the House Judiciary Committee, where he will likely face questions on Dragonfly.

The groups behind the letter include Amnesty International, the Electronic Frontier Foundation, Access Now, Human Rights Watch, Reporters Without Borders, the Center for Democracy and Technology, Human Rights in China, the International Campaign for Tibet, and the World Uyghur Congress. They have been joined in their campaign by several high-profile individual signatories, such as former National Security Agency contractor Edward Snowden and Google’s former head of free expression in Asia, Lokman Tsui.

In late August, some of the same human rights groups had contacted Google demanding answers about the censored search plan. In October, the groups revealed on Monday, Google’s policy chief Kent Walker responded to them. In a two-page reply, Walker appeared to make the case for launching the search engine, saying that “providing access to information to people around the world is central to our mission.”

Walker did not address specific human rights questions on Dragonfly and instead claimed that the company is “still not close to launching such a product and whether we would or could do so remains unclear,” contradicting a leaked transcript from Google search chief Ben Gomes, who stated that the company aimed to launch the search engine between January and April 2019 and instructed employees to have it ready to be “brought off the shelf and quickly deployed.”

Walker agreed in his letter that Google would “confer” with human rights groups ahead of launching any search product in China, and said that the company would “carefully consider” feedback received. “While recognizing our obligations under the law in each jurisdiction in which we operate, we also remain committed to promoting access to information as well as protecting the rights to freedom of expression and privacy for our users globally,” Walker wrote.

“The company may knowingly compromise its commitments to human rights and freedom of expression.”

The human rights groups were left unsatisfied with Walker’s comments. They wrote in their new letter, to be sent Tuesday, that he “failed to address the serious concerns” they had raised. “Instead of addressing the substantive issues,” they wrote, Walker’s response “only heightens our fear that the company may knowingly compromise its commitments to human rights and freedom of expression, in exchange for access to the Chinese search market.”

The groups added: “We welcome that Google has confirmed the company ‘takes seriously’ its responsibility to respect human rights. However, the company has so far failed to explain how it reconciles that responsibility with the company’s decision to design a product purpose-built to undermine the rights to freedom of expression and privacy.”

Separately, former Google research scientist Jack Poulson, who quit the company in protest over Dragonfly, has teamed up with Chinese, Tibetan, and Uighur rights groups to launch an anti-Dragonfly campaign. In a press conference on Monday, Poulson said it was “time for Google to uphold its own principles and publicly end this regressive experiment.”

Teng Biao, a Chinese human rights lawyer who said he had been previously detained and tortured by the country’s authorities for his work, recalled how he had celebrated in 2010 when Google decided to pull its search services out of China, with the company citing concerns about the Communist Party’s censorship and targeting of activists. Teng said he had visited Google headquarters in Beijing and laid flowers outside the company’s doors to thank the internet giant for its decision. He was dismayed by the company’s apparent reversal on its anti-censorship stance, he said, and called on “every one of us to stop Google from being an accomplice in China’s digital totalitarianism.”

Lhadon Tethong, director of the Tibet Action Institute, said there is currently a “crisis of repression unfolding across China and territories it controls.” Considering this, “it is shocking to know that Google is planning to return to China and has been building a tool that will help the Chinese authorities engage in censorship and surveillance,” she said. “Google should be using its incredible wealth, talent, and resources to work with us to find solutions to lift people up and help ease their suffering — not assisting the Chinese government to keep people in chains.”