Don’t waste time celebrating the success of the Koch-backed, Trump-endorsed First Step Act. Its reforms would be very real — just not very big. 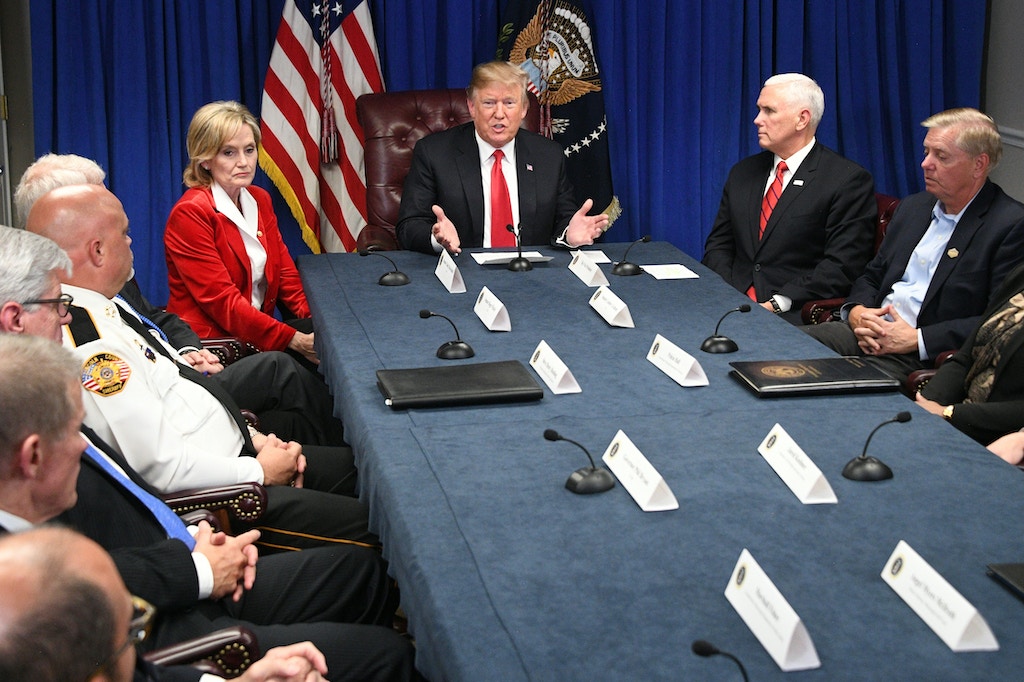 On Tuesday, the Senate passed The First Step Act, a criminal justice reform bill with broad bipartisan support, in an 87-12 vote. The legislation, when enacted, would enable some federal inmates to seek early release, while also granting federal judges greater freedoms with regards to minimum sentences in certain cases, among other minor reforms. The bill will now go to the House of Representatives, where it expected to pass, and then to President Donald Trump’s desk.

The bill has been hailed as an historic effort; in a sense, it is. Its enactment would constitute one of the most significant federal reform efforts in decades. For the bill to pass under the presidency of Trump, an open supporter of a racist law-and-order approach to criminal justice, would make the First Step Act an even greater success.

Yet the fact that the First Step Act is the bill that could make it to the president’s desk is not a sign of the possibilities of bipartisan progress on justice — instead, it points to bipartisanship’s limits.

To call the First Step Act limited would be an understatement. The legislation would hardly make a dent in America’s mass incarceration problem.

To call the First Step Act limited would be an understatement. The legislation could make a crucial material difference to the lives of thousands of incarcerated people — something that should not be dismissed ­— but it would hardly make a dent in America’s mass incarceration problem.

If the bill is actually a first step toward a more robust process of ending mass incarceration policies, that would be one thing. But, all too often, when the bar for progressive legislation is set low in the service of compromise with intransigent Republicans, tepid reform becomes the extent of the fight, not a pathway to more profound change. Just consider the never-ending battle over the Affordable Care Act.

If Democrats want to prove that they are more committed to justice than to realpolitik, no time should be wasted celebrating the success of the Koch-backed, Trump-endorsed First Step Act. More comprehensive criminal justice reform must be an agenda priority for the Democrat-controlled House. If not, conservatives will once again set the fulcrum of debate, and this minor reform will be framed as radical.

There are some grounds for optimism on this front. California Democratic Sen. Kamala Harris took to Twitter on Monday to stress her dissatisfaction with the bill, for which she voted nonetheless. “[T]o be clear, the FIRST STEP Act is very much just that — a first step,” she wrote. “It is a compromise of a compromise, and we ultimately need to make far greater reforms if we are to right the wrongs that exist in our criminal justice system.”

The reforms in the First Step Act would be very real — just not very big. Measures included in the bill would retroactively end the discrepancy in federal sentences for drug offenses involving crack and the powder form of cocaine; this would reduce jail time for thousands of prisoners already serving time for crack offenses. Federal judges would be granted more flexibility from mandatory minimum sentences, and some mandatory minimums would be reduced. The bill’s provisions also include increased funding for educational and vocational training programs, and would allow prisoners to earn greater sentence reductions through good behavior and vocational training. Up to 4,000 of the 180,000 people incarcerated in federal prison could see early release on the new good behavior standard.

Earlier this year, Harris was among the members of Congress who withheld support for a previous version of the bill on the grounds that it excluded far too many incarcerated people and would deploy a flawed system to determine which cases might pass muster for early release.

The system for determining early release relied on an algorithm that ProPublica found to reiterate the justice system’s racism and socioeconomic bias. It’s little wonder that the Koch brothers, with vested interests in diminishing punishments for white-collar crime, were able to throw support behind such bias-maintaining reform. Some updates to the bill garnered support from previously resistant senators like Harris and Cory Booker, D-N.J., but its limitations remain stark; the risk assessments, for example, will still rely on problematic algorithmic selections.

Yet even those seeking bolder reforms already find themselves on the back foot, forced to defend what is meant to be a mere first step. Republicans Sens. Tom Cotton of Arkansas and John Kennedy of Louisiana — longtime opponents of the reform effort — attempted to slip in a number of “poison pill” amendments to the bill prior to the Senate voting. While unsuccessful, their aim was to further weaken the already feeble legislation. They said that the bill needed further provisions to ensure that violent offenders are not released — though the current bill in no way risks that. In fact, the very idea that so-called violent criminals should benefit from any reasonable reforms is so far off the table that it’s on the floor — ignoring completely that a serious challenge to mass incarceration must deal with these incarcerated people as well.

The First Step Act functions as a compromise precisely because it is not a challenge to the carceral state.

Tactics like Cotton’s, even when they fail, further entrench a conservative fulcrum, over which the most minor reforms must be defended. It’s a trap into which civility-fetishizing liberals are prone to fall.

The First Step Act functions as a compromise precisely because it is not a challenge to the carceral state. Utah Republican Sen. Mike Lee made this all too clear in a National Review piece expressing his support for the bill. “Unlike some reformers, I don’t think our justice system is fundamentally broken, unjust, or corrupt,” Lee wrote, before noting that his Christian faith and conservative sensibility lead him to make room for (some people’s) redemption — oh, and of course the desire to save people money.

While bipartisanship entails finding compromises with those like Lee who believe in the fundamental justness of our justice system, its reformist results will find low limits. Against a political culture that lauds compromise, the push to end the brutal carceral system must be uncompromising.