Adam McKay, the writer and director of “Vice,” has followed up his earlier “The Big Short” with another triumph of humor and politics. 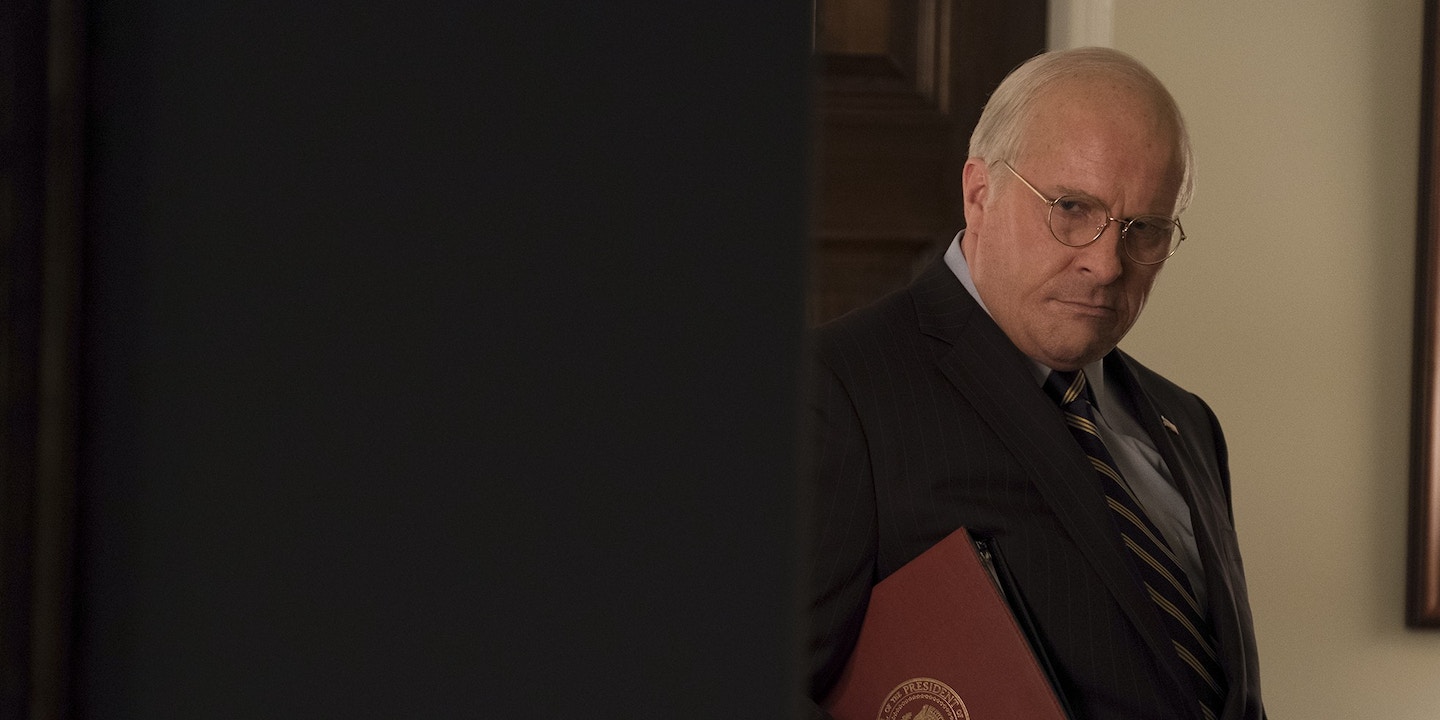 “Vice” is an outstanding new movie about Dick Cheney’s rise to power. Trying to make the former vice president’s life genuinely funny and entertaining must be the final boss level in filmmaking, but writer and director Adam McKay pulls it off.

Moreover, he may literally be the only person in America who could. McKay co-founded the Upright Citizens Brigade in Chicago. He then became one of the most original and prolific writers ever to pass through “Saturday Night Live”; he even invited Noam Chomsky to deliver one episode’s cold open (Chomsky couldn’t make it, so Lewis Lapham did it instead.) After leaving the show, McKay directed comedies, including “Anchorman” and “Talladega Nights: The Ballad of Ricky Bobby.” Most recently, in “The Big Short” in 2015, he got audiences to both laugh at and understand credit default swaps, for which he justifiably won the Oscar for Best Adapted Screenplay.

Another writer might have a narrator explain that Cheney could make “the most wild and extreme ideas sound measured and professional.” But no one else would illustrate this with an imagined 1974 Oval Office scene in which Cheney — played by Christian Bale in an uncanny incarnation — blandly asks President Gerald Ford, “What if, on a unilateral basis, we all put miniature wigs on our penises, and we walk out to the White House lawn, and we jerk each other off?” Ford, persuaded by Cheney’s drab, bureaucratic mien, declares, “I say we do it!”

Most impressively, “Vice” serves as a response to two aphorisms that together explain why it’s so damnably hard to beat the powerful and make the world work for regular people.

In the novel “The Book of Laughter and Forgetting,” the Czech novelist Milan Kundera famously put these words in the mouth of one of his characters: “The struggle of man against power is the struggle of memory against forgetting.” And on “Last Week Tonight,” John Oliver famously said, “If you want to do something evil, put it inside something boring.”

Every society’s memory is continuously being rewritten on the fly by the people at the top so that it better serves their needs. You might think you remember that George W. Bush lied us into a huge, disastrous war, the consequences of which everyone on Earth will suffer for the rest of our lives. But on television in 2018, the former president was transformed into Michelle Obama’s rascally “partner in crime.” This is what Kundera meant, playing out right in front of us.

But it’s even better for apex elites if there’s nothing much to be rewritten in the first place. The Bush administration put most of its evil inside Cheney, who was so dreary that even at the time only obsessives could manage to pay attention to what he was doing. This is what John Oliver had in mind.

For audience members who are normal people, McKay uses everything in his capacious bag of tricks to pull Cheney’s villainy back into history — and does it so zestfully that no one will have any problem remembering it after they leave the theater. And for the small number of aging oddballs who recall Cheney’s saga, the bill of indictment is rendered, by any reasonable standard, with scrupulous historical care.

Cheney did cross paths with Roger Ailes in the Nixon White House, when Ailes first began thinking of what eventually became Fox News. Cheney sincerely worried from the 1970s onward that Congress was encroaching on the “prerogatives and the powers of the president of the United States.” He is a true believer in the strong version of the unitary executive theory, which holds that the Constitution gives the president powers close to that of an elected king. Cheney’s lawyer David Addington did bizarrely maintain that vice presidents aren’t part of the executive branch. As the film’s narrator says, Cheney saw the 9/11 attacks as an “opportunity” for the Bush administration to do what needed to be done. Cheney was the driving force behind the period’s torture and expansion of extraordinary rendition — i.e., kidnapping individuals off the street or battlefield. (The movie even depicts how the U.S. would put its prisoners into diapers for the flight to various black sites around the world.) When Democratic Sen. Pat Leahy of Vermont argued with Cheney on the floor of the Senate in 2004 about Halliburton, Cheney’s former company, Cheney did tell Leahy to “go fuck yourself.” We see Cheney holding the 2003 Joe Wilson op-ed, on which Cheney scribbled notes asking whether Wilson’s wife Valerie Plame had sent him “on a junket.”

In its deepest cut, the movie makes a nod to the most damning facts about Cheney and the invasion of Iraq: As Cheney and Bush discuss the 1991 Gulf War during a 2000 meeting, Cheney states that “wartime presidents are always popular.” In reality, Mickey Herskowitz, a reporter and Bush family friend who for a time worked on ghostwriting a Bush campaign book in 1999, later said that Bush was fascinated by the political capital available to leaders who win wars — and at the time already had Iraq in mind. Why? It was Dick Cheney, as Russ Baker explained after interviewing Herskowitz:

According to Herskowitz, George W. Bush’s beliefs on Iraq were based in part on a notion dating back to the Reagan White House — ascribed in part to now-vice president Dick Cheney, Chairman of the House Republican Policy Committee under Reagan. “Start a small war. Pick a country where there is justification you can jump on, go ahead and invade.”

The one place where the film clearly ranges far afield from verifiable fact is in service of making Cheney look better. In the 1970s, Cheney’s mother-in-law Edna did, as depicted, somehow drown in a pond despite her lifelong fear of water. Cheney’s wife Lynne also did write in a memoir that “for years I wondered if she had somehow been the victim of foul play.” But in her book, Lynne Cheney concludes that the most likely explanation is that blood pressure medication made her mother dizzy and caused her to stumble into the water. The film, however, makes it appear likely that Cheney’s father-in-law murdered Edna — which gives the movie version of Cheney an opportunity to stand up to him in protection of Lynne and their young children. (Cheney is also accurately shown wholeheartedly supporting his gay daughter Mary at a time when this was by no means the norm among GOP politicians.)

And while it seems churlish to complain about a movie that packs in so much, there are a few top Cheney highlights that didn’t make the cut. For instance, while a congressman from Wyoming in the 1980s, Cheney was a critical defender of the Reagan administration during the Iran-Contra affair — something which demonstrated that he believed in the supremacy of the executive branch even when he wasn’t in it.

A few years later, when Cheney was secretary of defense during the build-up to the Gulf War, he traveled to Saudi Arabia to show then-King Fahd military satellite photos that purportedly revealed Iraqi troops massing on the Saudi border. Whatever Fahd saw, it persuaded him to allow the U.S. to station troops in his country. But as commercial satellite photos made clear, there were no Iraqi troops where the U.S. claimed they were. The movie also doesn’t mention that, according to Cheney himself, he asked his Defense Department underlings to study how many tactical nuclear weapons they’d need to destroy a division of Iraq’s Republican Guards. The answer turned out to be 17.

Finally, the movie does show Cheney’s 2011 heart transplant in graphic detail. But we don’t learn the metaphorically perfect fact that for more than a year before the donor heart became available, Cheney had an external pump pushing blood through his body at a steady rate. That is, he literally had no heartbeat. As the New York Times said at the time, such patients “are urged to wear bracelets or other identifications to alert emergency room doctors as to why they have no pulse.”

So go see “Vice” soon, and take people both old enough to remember this history and young enough that they don’t. Everything we understand about where we are depends on what we believe about how we got here.