The average “jihadi” in the United States is starting to look less like the type of person President Donald Trump wants to ban from the country. 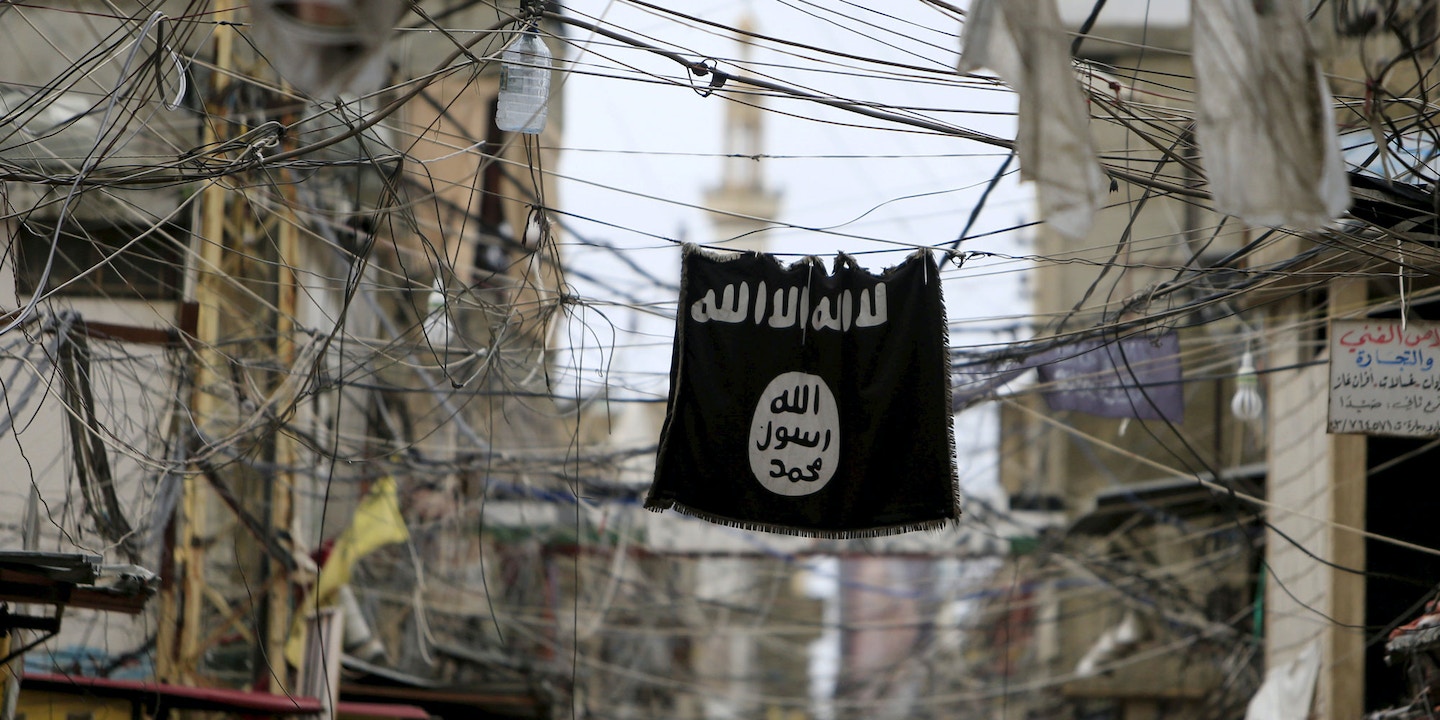 Ask someone to close their eyes and picture a typical homegrown, American recruit for the Islamic State in Iraq and Syria. Chances are the image that springs to mind is of a brown-skinned person with an immigrant background, likely with ties to the Middle East, South Asia, or North Africa. That image of the average accused terrorist might be out of date, a new study published by the Rand Corporation suggests. In the study, “Trends in the Draw of Americans to Foreign Terrorist Organizations from 9/11 to Today,” which sought to explore why ISIS has relative successes recruiting in the U.S., researchers found that in recent years the most common demographic profile for an accused terrorist motivated by “radical Islam” has been a native-born American, either white or African-American.

As the nature of terrorism changes, the average “jihadi” in the United States is starting to look less like the type of person President Donald Trump wants to ban from the country.

As the nature of terrorism changes — both ideologically and under the influence of new technologies like social media — the average “jihadi” in the United States is starting to look less like the type of person President Donald Trump wants to ban from the country. The finding has serious implications for immigration policies like the so-called Muslim ban, which posit terrorism as something naturally emanating from immigrant communities, particularly of Middle Eastern extraction.

The Rand study identified 476 individuals implicated in cases of “jihadist terrorism” in the United States in the 16 years following the September 11 attacks. (The Intercept also maintains a running database of terrorism cases called “Trial and Terror,” which includes a broader scope of offenses.) Of the individuals in the Rand study, 206 were of Middle Eastern, North African, and/or South-Central Asian background, accounting for about 43 percent of the cases. The study, however, notes that this number is “somewhat surprisingly” trending downward over time, stating that “in percentage terms the number of individuals of Middle Eastern, North African, and/or South Central Asian descent has declined in recent years relative to other demographics.”

The main driver of this phenomenon appears to have been the rise of ISIS. In the years 2014 to 2016 — the peak years of ISIS recruitment in the U.S. — the study found that a majority of so-called jihadi terrorist recruits in the country were Caucasian or African-American, two demographics not generally associated with immigration. In those three years, 79 percent, 57 percent, and 62 percent of “jihadist terrorism” cases came from the combination of those two groups.

The findings show that the popular stereotype of who becomes a homegrown militant in the era of ISIS is at odds with the actual data.

“Perhaps most notably, individuals radicalized by ISIL’s influence have ethnically and racially not tended to be of Middle Eastern, North African, or South Central Asian descent; only 26 percent of persons fit this profile, compared to approximately 53 percent of al Qaeda recruits and supporters,” the authors, Heather Williams, Nathan Chandler, and Eric Robinson, wrote, using the alternative acronym ISIL instead of ISIS. “Conversely, about 65 percent of U.S. persons drawn to ISIL since 2013 have been either African American/black or Caucasian/white.”

This is obviously not to say that Caucasians or African-Americans are thus inherently more likely to support ISIS. The number of people from either demographic who have  turned toward the militant group is minuscule, particularly among African-Americans who have large and long-established Muslim communities in the United States. What it does suggest, however, is that terrorism in the U.S. today is much more of an American problem than an immigrant one. People implicated in terrorism plots in the United States in recent years are more likely to have no pre-existing ties to Muslim-majority countries.

Experts say that these findings throw even more cold water on Trump’s argument that banning Muslim immigrants from the United States is helpful for national security.

“This study supports what most terrorism scholars have been saying for a long time. There is no single solution to the threat faced by groups like ISIS,” said Amarnath Amarasingam, a counterterrorism expert and senior research fellow at the Institute for Strategic Dialogue.

“Demonizing refugees and immigrants — whether with respect to the Muslim ban or even more recently the ‘unknown Middle Easterners’ coming from Latin America — only serves to dehumanize already marginalized communities. It has nothing to do with national security.”

The study also shows a generational shift in the nature of this kind of violent fundamentalism. The original Al Qaeda organization that went to war with the United States in the late 1990s was mainly comprised of people with roots in the Middle East and South Asia, as well as some from sub-Saharan Africa. These individuals tended to be relatively educated, with a particular overrepresentation of people trained in engineering-related fields.

In contrast, the individuals implicated in domestic “jihadist plots” in recent years — most of whom have gravitated toward ISIS — tended to be younger, less educated, and seemingly driven as much by personal pathology as much as geopolitics.

A recent illustrative example is Damon Joseph, a 21-year-old Toledo man arrested by the FBI this December for pledging support to ISIS online, who was planning a shooting attack against a local synagogue. In conversations with an undercover FBI agent, Joseph, who is white, expressed sympathies for ISIS and repeated some of their common conspiracy theories and propaganda tropes. He also, however, expressed admiration for Robert Bowers — the white supremacist who murdered 11 people at a synagogue in Pittsburgh this October — whose massacre also seems to have inspired Joseph’s own choice of target.

Discerning motive is always a difficult exercise, but the affidavit that accompanied the criminal complaint against Joseph gives the impression of a young man already deeply mired in a noxious brew of hatreds and conspiracies. In conversations with undercover agents, Joseph said, “I absolutely despise Jews — always have, even before being Muslim.” At another point during the investigation, Joseph was asked if he felt hate for any groups people in the United States. “Oh yeah definitely,” he replied. “The gays, the Christians, the Catholics, the Jews, you name it.”

Cases like this seem to show a shift in emphasis in terrorism plots from foreign political grievances to personal pathology.

Cases like this have become typical in recent years. Among other things, they seem to show a shift in emphasis in terrorism plots from foreign political grievances to personal pathology. A significant number of those implicated in homegrown plots in recent years — again, mostly ISIS-related — have had long histories of petty crime, drug use, and mental illness, factors that were already strong predictors for incarceration in the U.S.

“Our analysis of the demographic profile of U.S. persons drawn to Islamist terrorism since the rise of ISIL may not match the mental image held by law enforcement, policymakers, and the general public,” the authors of the Rand study wrote. “The changing racial and national demographic of terrorist recruits suggests that the draw of extremism does not necessarily appeal to something unique among the Muslim or Middle Eastern communities.”

Thanks in part to technologies like social media that effectively annihilate borders to communication, terrorism in the U.S. has simultaneously become less sophisticated and more demographically dispersed. As the nature of the phenomenon changes, extremist groups have begun to draw more support from the indigent and marginalized segments of the native-born U.S. population.

“The problem we face is largely homegrown — our kids, our citizens who are turning toward these violent organizations. The solution should also come from within, working with communities instead of seeing them as suspect and helping youth overcome their challenges instead of seeing them as troubled or troublesome,” said Amarasingam. “Focusing your attention abroad as if terrorists are launching a stealthy ground invasion will almost certainly result in resources and time being wasted, looking for threats in all the wrong places.”