The Long Hand of U.S. Intervention: The Intercept’s 2018 World Coverage

Many of the world’s troubles are legacies of American intervention, from the U.S. invasion of Iraq to decades of meddling in Central America. Many of the world’s troubles are legacies of American intervention. In Iraq, there is the continuation of a war that began with the U.S. invasion in 2003. One of the casualties is an American citizen imprisoned in Iraq for more than a decade, a victim of torture, secret evidence, and witnesses who later recanted. Decades of U.S. meddling in Central America, and support for repressive dictatorships there, have undermined social fabrics; gangs are rampant, and if joining them is easy, getting out is not. In Yemen, where the Saudi-led war has been supported by the U.S. military, children are dying of starvation.

“Still in Solitary Over Here in Baghdad”: A Forgotten American’s 14-Year Nightmare in Iraq Shawki Omar’s story began as an embodiment of the American Dream. Today, it shows how the so-called war on terror has turned sadistic and extralegal.
By Cathy Scott-Clark, Murtaza Hussain A U.S. Journalist Took Thousands of ISIS Files Out of Iraq, Reigniting a Bitter Dispute Over the Theft of Iraqi History An article in the New York Times has reopened the wound created when the U.S. seized 120 million pages of documents from Iraq after the 2003 invasion.
By Maryam Saleh Despite promises of reform, Saudi Arabia is escalating its assault on civil society — and, for the first time, women have become its primary targets.
By Sarah Aziza

How an Army of Trolls Protects Guatemala’s Corrupt Elite Inside the booming business of online disinformation campaigns in Guatemala.
By Cora Currier, Danielle Mackey The U.S. government is funding important new gang rehabilitation programs with one hand, and punitive policing with the other.
By Danielle Mackey, Cora Currier 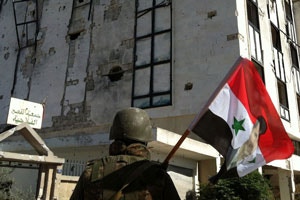 Syrian regime documents and testimony from defectors reveal that Marie Colvin and others were hunted as part of a policy to eliminate journalists.
By Johnny Dwyer, Ryan Gallagher ISIS Has Not Vanished. It Is Fighting a Guerrilla War Against the Iraqi State. Brazil’s most influential media outlet is trying to turn Marielle into an unthreatening symbol of political clichés — much like how the U.S. portrays MLK.
By Glenn Greenwald

Brazil’s Bolsonaro-Led Far Right Wins a Victory Far More Sweeping and Dangerous Than Anyone Predicted. Its Lessons Are Global. 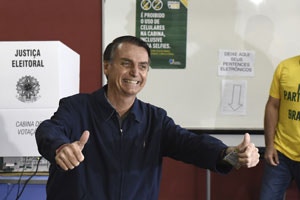 The standard establishment reaction in the face of rising demagogues is to denounce and malign those who support them. That only serves to further exacerbate the dynamic.
By Glenn Greenwald
Wait! Before you go on about your day, ask yourself: How likely is it that the story you just read would have been produced by a different news outlet if The Intercept hadn’t done it? Consider what the world of media would look like without The Intercept. Who would hold party elites accountable to the values they proclaim to have? How many covert wars, miscarriages of justice, and dystopian technologies would remain hidden if our reporters weren’t on the beat? The kind of reporting we do is essential to democracy, but it is not easy, cheap, or profitable. The Intercept is an independent nonprofit news outlet. We don’t have ads, so we depend on our members — 35,000 and counting — to help us hold the powerful to account. Joining is simple and doesn’t need to cost a lot: You can become a sustaining member for as little as $3 or $5 a month. That’s all it takes to support the journalism you rely on.Become a Member