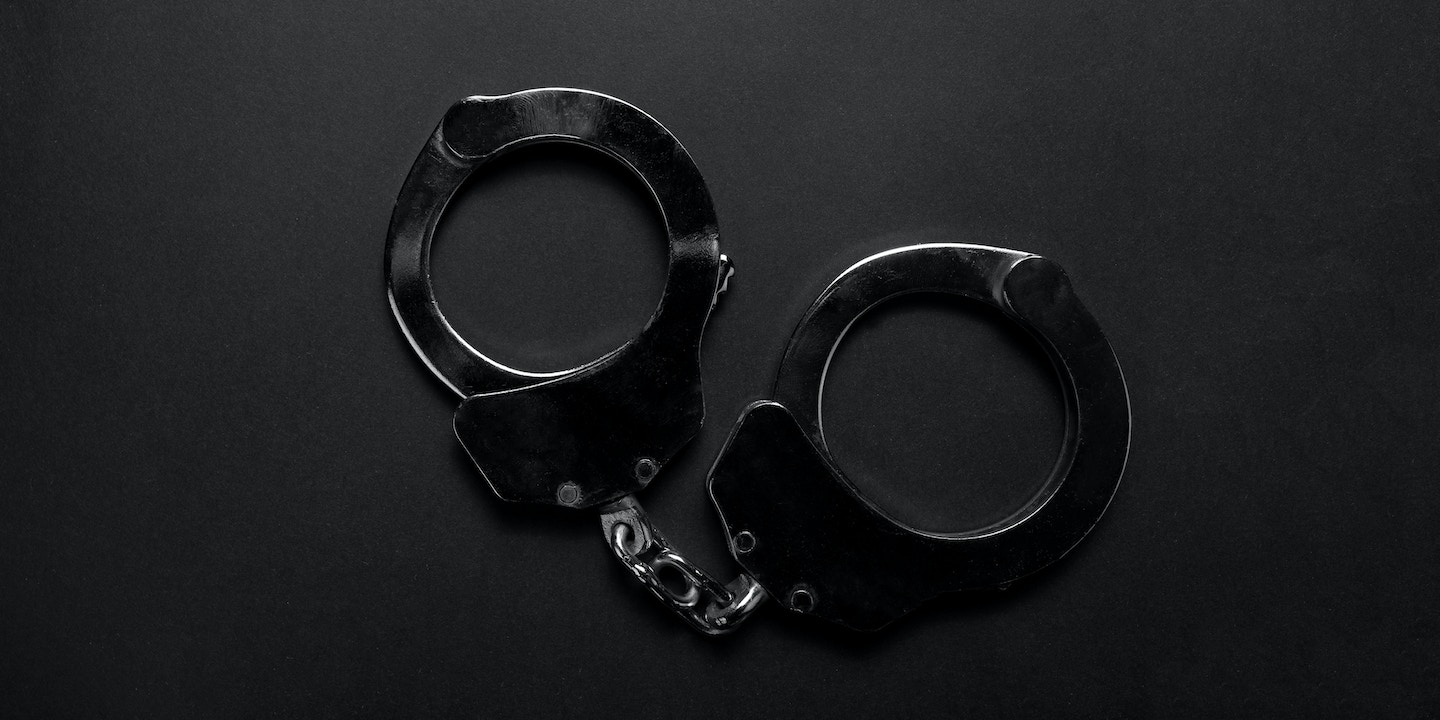 Gail Atwater and her two young children were driving home from soccer practice in March 1997 when they realized that a rubber bat that was usually affixed to the window of their pickup truck was missing. It was a favorite toy of Atwater’s 3-year-old, Mac, so the trio turned around, retracing their route to see if they could find it.

Atwater slowed to a speed of roughly 15 miles per hour as she cruised through Lago Vista, the lakeside bedroom community just northwest of Austin, Texas. And although state law required passengers in the front seat of a truck to wear a seatbelt, Atwater told her kids they could unbuckle themselves so they could look outside for the toy. There was no one else on the road, and she was driving very slowly.

Then, she saw the police car. She knew she was likely to be pulled over, which she found reasonable, she later told the New York Times. Under state law, driving without a seatbelt was punishable by ticket and carried a $50 fine.

But when Lago Vista police officer Barton Turek got to her driver side window, he jabbed his finger at her and began yelling. She asked him to lower his voice because he was scaring her children. He told her that she was going to jail.

He cuffed her and put her in the back of his squad car. (A neighbor who had heard about the disturbance out on the street came and took the children home before Atwater was carted off.) Atwater was booked into jail and then later released on $310 bond. She ultimately pleaded no contest to the seatbelt violation and was fined $50. And she paid an additional $110 to get back her truck, which had been towed.

Atwater was incensed by the arrest. Under state law, the seatbelt violation was a fine-only misdemeanor offense, meaning it was not punishable by jail time. Yet she’d been taken to jail for the violation. Atwater sued the city, claiming Turek had violated her constitutional protection against unlawful seizure. The case went all the way to the U.S. Supreme Court, and in 2001, Atwater lost.

The ruling was astonishing to many, in part because it demonstrated a serious misunderstanding of the nation’s misdemeanor criminal justice system. Justice David Souter wrote that, during oral argument, Atwater’s attorney was asked whether he had any other examples of “comparably foolish, warrantless misdemeanor arrests,” and that he offered “only one.” Souter wrote that while there were certainly additional examples out there, “just as surely the country is not confronting anything like an epidemic of unnecessary minor-offense arrests.”

What Souter wrote was wrong then and remains so today. The misdemeanor criminal justice system makes up the vast majority of the nation’s criminal court dockets; it is wide-ranging, encompassing not only violent crimes like domestic violence, but also myriad offenses where there is little, if any, meaningful criminal activity — things like jaywalking and loitering. It has criminalized millions of people and jailed countless, even when the ultimate punishment for the crime carries no threat of jail time, a practice which the Supreme Court’s ruling endorsed.

The consequences of even the most minor encounter with the misdemeanor system are serious — they can lead to lost jobs and benefits, including food stamps, housing, or educational support — and yet in many respects, the system has avoided much scrutiny. At least until now. In her groundbreaking new book “Punishment Without Crime: How Our Massive Misdemeanor System Traps the Innocent and Makes America More Unequal,” Alexandra Natapoff, a law professor at the University of California, Irvine, brings the misdemeanor system into clear focus. In an interview with The Intercept, she explained why the system has escaped widespread scrutiny and challenged us to rethink the ways in which we criminalize conduct. Why hasn’t this book been written before?

Misdemeanors have always been the chump change of the American criminal system. We call them “petty.” We call them “minor.” They are the way that we punish people when we think that their offenses are not serious enough to warrant felony treatment. Not only felony punishment, but also the due process and attention that goes with prosecuting and adjudicating serious crimes. In writing this book, it was shocking to me how little attention we have paid to this vast swath of criminal justice work that the state engages in.

Can you talk about the difference between a major and minor misdemeanor, how they operate, and why that matters?

The misdemeanor system represents 80 percent of the state criminal dockets in this country, so of course it’s enormous and ranges from what we might think of as serious misdemeanors — like domestic assault, driving under the influence, crimes that we have come to a consensus that pose real harms, real threats, and that represent conduct that can fairly be called wrongful. At the other end of the spectrum, we see crimes or offenses that don’t seem culpable or blameworthy or harmful at all. We sometimes refer to them as “order-maintenance” crimes or “quality of life” crimes; sometimes they fall into the rubric of “broken windows.” Offenses like loitering or trespassing or disorderly conduct. They can include jaywalking, spitting, littering, all kinds of minor, so-called order offenses that are not about whether anybody did anything wrong or bad or harmful. These crimes are about something else.

We need a misdemeanor system that is capable of punishing low-level crime in a way that’s proportionate and fair, but our misdemeanor system has ballooned to encompass all kinds of other things: to create tools for police to engage in order-maintenance regulation of high crime and/or poor neighborhoods of color; to enforce gentrification boundaries; to collect information; to meet performance metrics in their own department. The misdemeanor system has always exceeded its core purpose of crime control and always reached into the outer corners of social control and social regulation.

How has this system played into the criminalization of race?

Can you talk about the connection between low-level policing and future encounters with the criminal justice system?

We sometimes say things like, “The criminal system doesn’t just go after criminals, it makes and defines criminals.” Looking carefully at the misdemeanor system shows exactly how it works. Low-level policing concentrated in low-income communities of color will impose criminal marks on people of color, predominately African-American men. Once marked, those individuals have now been flagged by the criminal system in ways that will affect future encounters with the criminal system. So the system, in many ways, is responding to its own conclusions about where to police, who to stop and frisk, who to go after, who to arrest in ways that then determine the criminal system’s own decisions about what is a high-crime neighborhood, what is a high-crime population, who is suspicious, who looks like a criminal. 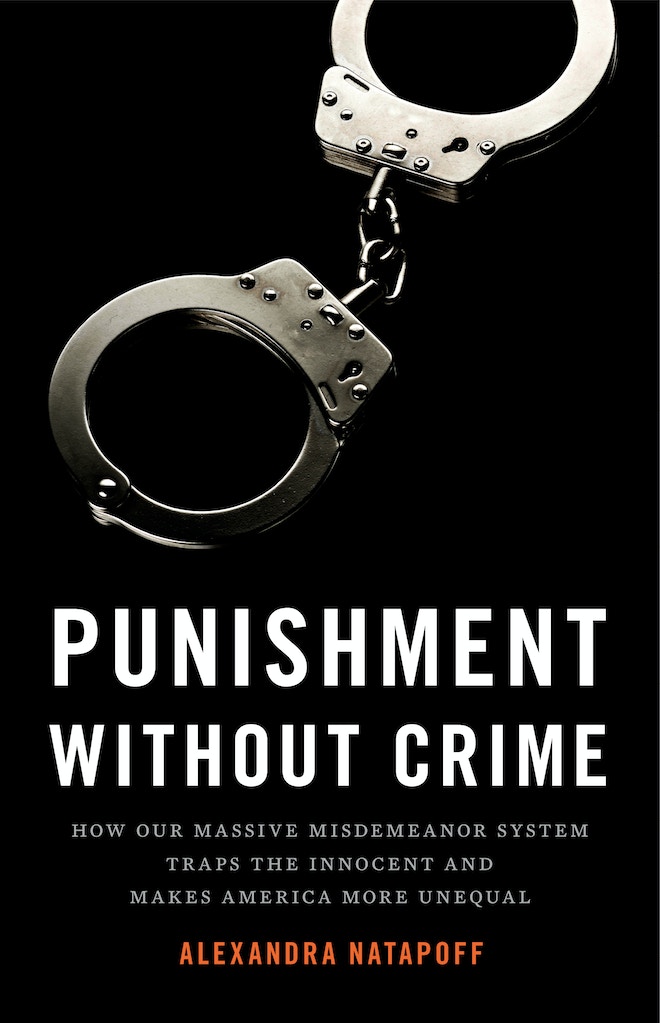 You write at one point that being charged with a misdemeanor is now a completely normal part of life — like buying an SUV, going to a four-year college, or going to the doctor with the flu. That is really staggering. What does that mean for the criminal justice system and for the country?

One of the things that was stunning to me is how much a normal part of life being charged with, and convicted of, a misdemeanor has become. How many millions of people just encounter this experience as a matter of course and then have to cope with it for the rest of their lives. I think what it means for the country is that we need to grapple more profoundly with how much we rely on our criminal institutions to do the work of government.

We know that approximately a quarter of the American adult population has a criminal record. That’s a terrible public policy. It impedes people’s lives, their livelihood, their education, their work, their families. It’s a wasteful and costly and harsh way of engaging in government, and I think the commonness of misdemeanors and just how cavalierly we rely on the misdemeanor system to do so much work should give us pause.

And the whole system, writ large, really incentivizes the guilty plea. Could you explain that?

Of course, defendants are under the most extraordinary pressure to plead guilty. I think it has become increasingly well-known that bail is often out of reach for low-income and poor individuals, which means they will languish in jail until their cases are resolved, which means they are under more pressure than their wealthy counterparts to plead guilty, and often do.

The high plea rates in the misdemeanor system are themselves an artifact, at least in part, of bail practices, which is an extraordinary thing to admit: to admit that in the American criminal system, convictions are a function not of evidence, not of culpability, not of true guilt, but of bail processes — of money. It’s an extraordinary admission of failure.

This seems like a nearly perfect system for convicting the innocent.

It is a setup for a wrongful conviction because it’s fast, it’s sloppy; because the evidence is not scrutinized, because there is such an enormous pressure on defendants to plead guilty, and such enormous pressure on all the official players to get them to plead guilty regardless of the evidence. Indeed, much of the time, the evidence will never be checked, and the pressure to plead will overwhelm what we think of as the true function of the criminal system, which is to actually figure out whether anybody has committed a crime or not.

In a section of the book about change, you invoke the “veil of ignorance” test. Do you think that we should use this in deciding how to rework the system?

Maybe the most important insight from thinking about misdemeanors is its invitation to empathy. It’s a reminder that nearly anyone can commit a misdemeanor. It shouldn’t take you very long to think of someone you know and care about who’s committed a misdemeanor. Between speeding, loitering, spitting, jaywalking, trespassing, these are not difficult crimes to commit. The past few decades of mass incarceration have also been an exercise in revision and dehumanization. We could not have grown our prison population to this enormous and terrifying scale if our society had not essentially dehumanized people we put into that system. It is saying that the people in the criminal system are not like us, and that’s very hard to say with misdemeanors, because the people in the misdemeanor system are so clearly like us — like our children, like our neighbors, like our friends.

I think that we should imagine and understand that the people in the misdemeanor system are not a “they”; they are an “us.” And that insight, to me, is the heart of the most important kind of criminal justice reform.