Powerful real-estate interests successfully lobbied to avoid the consequences of the shutdown, while American workers go without pay. 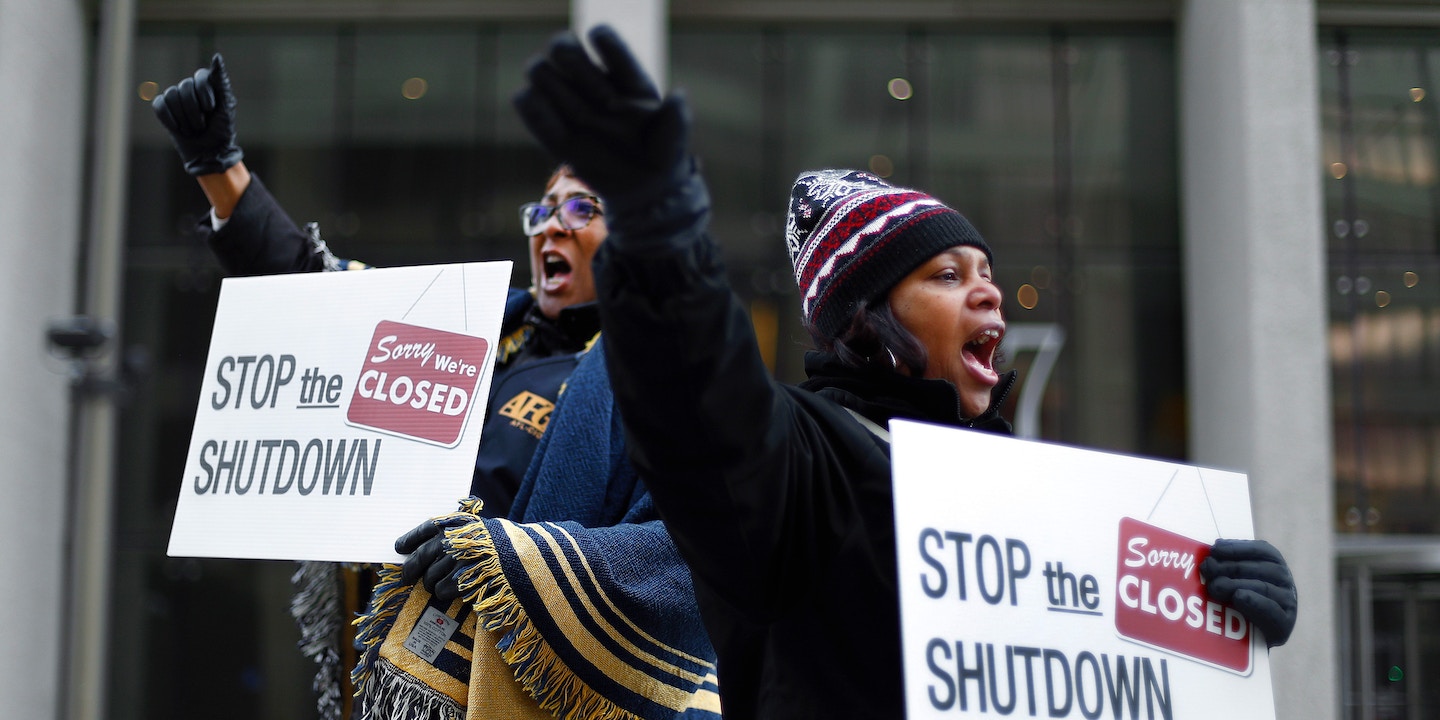 The government shutdown is into its fourth week with no end in sight. President Donald Trump started the crisis on December 22 by refusing to sign a funding bill unless it contained money for his southern border wall.

A wide range of interests across the economic spectrum are jeopardized. But not all interests are suffering equally: Wealthier and more powerful interest groups have been granted preference by the government.

Over Christmas, the shutdown threatened to stop the Federal Emergency Management Agency, or FEMA, from issuing flood insurance certificates. According to federal law, FEMA must provide flood insurance certifications before banks may issue federally backed mortgages to prospective homeowners living in federally designated floodplains — even in areas that FEMA has determined should not be built on due to high risk of flooding. The National Flood Insurance Program of 1968 ensures that FEMA has the ability to issue and pay out claims for the insurance.

Without the certificates, roughly 40,000 closings a month would be at risk, resulting in millions in lost revenue for banks and mortgage companies. So it came as no surprise when interest groups successfully lobbied a bipartisan congressional cohort to temporarily reauthorize the NFIP through May on the eve of the shutdown. The stopgap bill was signed into law by Trump on December 21, hours before the federal government shuttered.

“There are 140 million Americans who live in coastal counties, millions of whom depend on this program to protect them from flood risk,” said former Rep. Tom MacArthur, a Republican from New Jersey who lost his seat in the midterm elections, during the brief House debate on the bill. “Without this program, they cannot buy or sell homes.”

But that wasn’t the end of it. Despite the reauthorization, FEMA believed that the shutdown meant that the agency could not, by law, provide these certifications. The reason? A law called the Anti-Deficiency Act prohibits government agencies from entering into contracts or spending money if the projects aren’t funded.

“As long as the only people feeling pain are federal employees, nobody really cares about shutdowns.”

Craig Fugate, the former administrator for the agency from May 19, 2009 to January 20, 2017, disagrees with FEMA’s take. The NFIP is solvent, Fugate explained, subject to a different funding source and funding code, and generates its own revenue. That allows the NFIP to continue operations in the face of a shutdown. There’s no lapsed funding for the program and thus, no need to stop it from working, even in a shuttered FEMA. “As long as they’re reauthorized, they’re up and running,” said Fugate.

Nevertheless, FEMA announced on December 26 that the agency was not going to issue the certifications, citing the shutdown and anti-deficiency. The reaction from interest groups was as swift as it was predictable.

The National Association of Realtors, the largest lobbying group for the industry, made its displeasure over the possibility of lost revenue and closed home sales known. “Today’s surprise FEMA ruling jeopardizes tens of thousands of home sales across America,” said the association’s Senior Vice President of Government Affairs Shannon McGahn, “as NAR estimates up to 40,000 closings are disrupted each month that the NFIP cannot issue flood insurance policies.”

Once the rage of the business sector — and Congress — was made clear to the White House, the administration ordered FEMA to resume issuing the certificates. “Upon realizing the trouble they were in — especially with Republicans — they back tracked pretty quickly,” Stephen Ellis, executive vice president for government watchdog group Taxpayers for Common Sense, told The Intercept in an email.

In a December 28 statement, the agency announced that it would consider the 48-hour lapse in the program to never have happened, and that the program would be regarded as having continued without interruption since December 21.

“FEMA worked with the administration and industry partners during this funding lapse to assess the impact and determine what options exist to enable the NFIP [National Flood Insurance Program] to allow the sale and renewal of flood insurance policies to continue,” Alex Bruner, a FEMA spokesperson, told The Intercept in an email.

Looking at what happened to the NFIP, said Fugate, gives a lot of insight into the priorities of the government when it comes to the shutdown. Federal workers in the Transportation Security Administration, the Secret Service, and other agencies are expected to work without pay. Public lands are being destroyed by garbage and misuse in the absence of rangers. Those effects haven’t spurred the president or Congress to act.

“As long as the only people feeling pain are federal employees, nobody really cares about shutdowns,” said Fugate.

But when the unintended consequences of the political struggle affect the rich, the rich apply pressure. And the government doesn’t even allow half a week to go by before fixing the problem.