The Caesar Syria Civilian Protection Act passed the House on Tuesday and remains pending in the Senate. 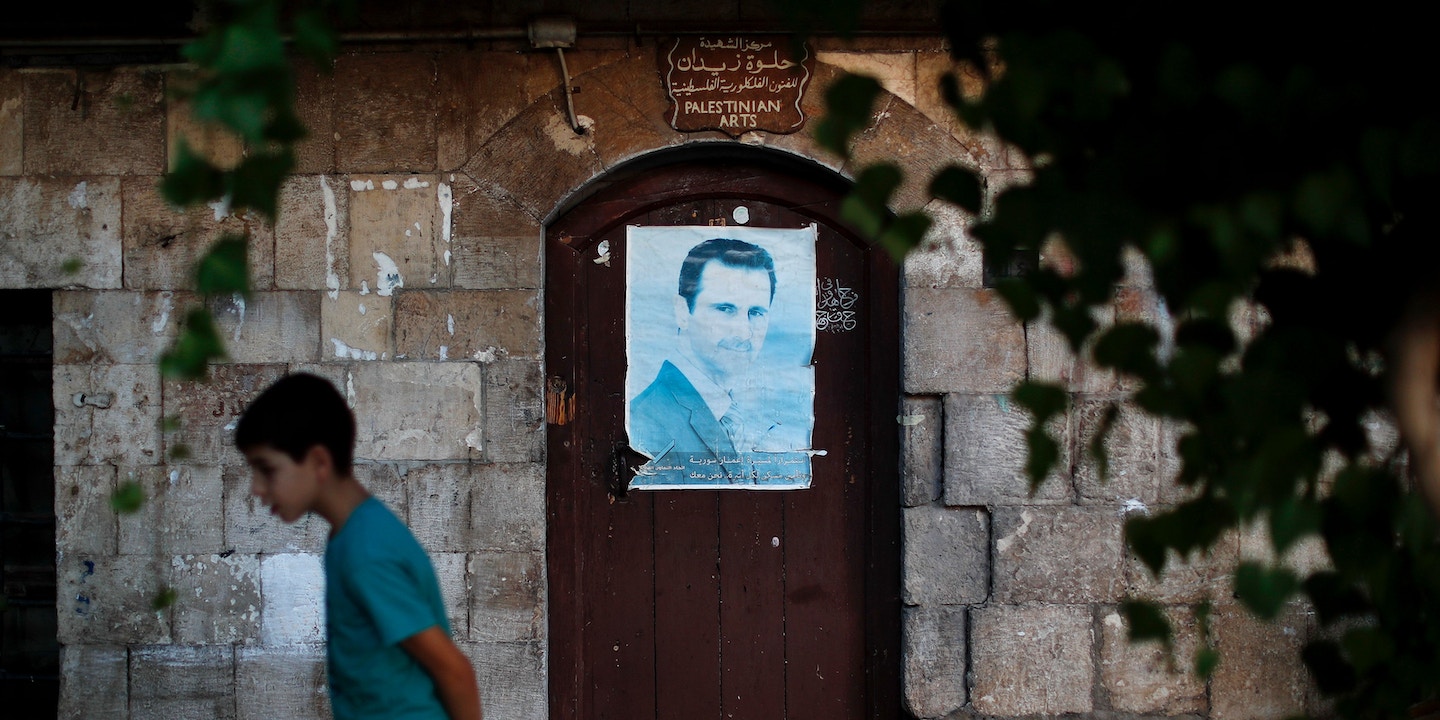 On Tuesday, the House of Representatives unanimously passed legislation to impose new sanctions on the Syrian government of Bashar al-Assad and its allies, and those who do business with them. The move comes a month after President Donald Trump’s announcement to withdraw troops from Syria, and as some Arab governments are thawing relations with the Assad regime, which has all but secured a military victory after nearly eight years of war. The measure has been passed by the House twice in previous sessions, and a companion bill currently remains pending in the Senate.

House Foreign Affairs Committee Chair Eliot Engel, D-N.Y., reintroduced the standalone version of the Syria bill, H.R. 31, which passed under fast-track procedures. On the Senate side, the bill is one provision rolled into a foreign policy-related package called the Strengthening America’s Security in the Middle East Act, with Florida Sen. Marco Rubio as a lead sponsor. Senate Democrats blocked the bill — designated as S.1, which symbolizes heightened importance — on the grounds that Congress should reopen the government before considering unrelated legislation.

The Caesar Syria Civilian Protection Act is named after the whistleblower who defected from the Assad regime and smuggled tens of thousands of photos of those tortured to death in regime prisons.

The current version of the bill imposes sanctions on anyone engaging in “significant financial, material, or technological support to, or knowingly engages in a significant transaction with” the Syrian government or the governments of Russia and Iran in Syria. It includes an exception for nongovernmental organizations operating in Syria, and it directs the president to come up with a plan regarding the delivery of humanitarian aid to Syrians in need.

The Syrian government has been courting investors to help rebuild parts of the country decimated throughout the multi-pronged Syrian war. Reconstruction plans have largely focused on areas destroyed by Syrian and Russian bombs, like parts of Damascus and Homs, and not cities like Raqqa, which the U.S.-led coalition flattened in its fight against the Islamic State. Western governments have said they will not contribute to reconstruction efforts until progress is made toward a peaceful settlement to the war. The European Union this week imposed a new round of sanctions on business executives and entities doing business with the Assad regime.

Some antiwar groups, including the Friends Committee on National Legislation and Just Foreign Policy, oppose the Caesar bill, considering it a rebuke to the Trump administration’s plans to withdraw U.S. troops from Syria. “FCNL opposed the original draft of the Caesar Syria Civilian Protection Act [the Rubio-Engel Syria-Iran-Russia sanctions bill] in 2017,” the group said in a statement before the House vote. “Since that time, important changes to the legislation have been made, but our core concerns remain the same. In light of President Trump’s recent decision to begin withdrawing U.S. troops from Syria, support for this bill is widely being interpreted as an appeal for continued military involvement.”

Chad Brand, a government relations officer at the Syrian American Council, which consulted lawmakers throughout the drafting of the bill, rejects the criticism. He noted that the sanctions don’t endorse any kind of military action and are in no way tied to attempts to keep U.S. forces in the war-torn country.

“This isn’t targeted against the Syrian people, it isn’t targeting humanitarian aid,” Brand said. “If you look specifically at Section 3, to be precise, there’s waiver language that’s in there to ensure that NGOs are not penalized regarding the distribution of aid in the regime areas.”

The White House issued a statement in support of the bill last November. “This bill will help provide additional leverage to achieve the United States government’s objectives to de-escalate the military conflict and support the United Nations-led peace process and a transition to a government in Syria that honors the will of the Syrian people, respects the rule of law and human rights, and peacefully co-exists with its neighbors in the region,” the White House wrote.

H.R. 31, legislation that would impose new levels of sanctions on #Syria with unrealistic conditions that would have to be met before the penalties could be suspended. Send a message now to your reps that you oppose H.R. 31 and not to fast-track it.https://t.co/Zn2R9dZ1j5 pic.twitter.com/5Xk6H2kFjj

The women’s anti-war group Code Pink is one of the more prominent opponents of the bill. Before the House vote, the group urged its supporters to contact their representative to voice their concern over the bill, which they described as an attempt to reverse U.S. withdrawal from Syria through sanctions with “unrealistic conditions” that would have to be met before the penalties could be suspended. “CODEPINK believes that the best way to end the bloodshed and humanitarian crisis in Syria is through a UN-led political negotiation process and that this is what Congress should be supporting,” a spokesperson for the group told The Intercept in an email.

Syria’s U.N.-sponsored peace talks have collapsed and restarted several times since the first round was held in Geneva in 2012. The diplomatic process, which was initially meant to lead to the creation of a transitional government, has not borne fruit partially due to the lack of a coherent opposition, as well as the Assad regime’s pursuit of a military victory rather than a negotiated settlement. Most recently, the U.N. has tried to merge the Geneva process with a separate track known as the Astana talks — spearheaded by Russia, Iran, and Turkey — to set up a constitutional committee. Analysts have noted that this process could give diplomatic cover to the government’s military victory.

The Caesar bill allows for sanctions to be suspended under a number of conditions, including if the Syrian government and its allies cease bombing civilian centers or release political prisoners. The sanctions could also be suspended if the Syrian government takes “verifiable steps to establish meaningful accountability for perpetrators of war crimes in Syria and justice for victims of war crimes committed by the Assad regime, including by participation in a credible and independent truth and reconciliation process.”

Despite its self-proclaimed commitment to grassroots organizing, Code Pink didn’t reach out to any Syrian groups before pronouncing its opposition to the legislation. “While we were not able to reach out to Syrians about this bill, we are part of a number of groups including Just Foreign Policy, Friends Committee on National Legislation, and the National Iranian-American Council who are opposing the legislation,” the group’s spokesperson wrote to The Intercept.

In addition to the Syrian American Council, the Syrian Emergency Task Force, which is also a Washington-based, anti-Assad organization, celebrated the bill’s passage in the House. The Day After, a Syrian anti-Assad group based in Istanbul, similarly endorsed the legislation. The SETF also advised lawmakers throughout the drafting process.

In the Senate, the Syria sanctions are included in S.1, the first bill of the 116th Congress. As The Intercept first reported, the Senate package also includes a provision aimed at the campaign to boycott, divest from, and sanction Israel for its occupation of Palestinian territories. The Israel Anti-Boycott Act, which has been blasted by free speech groups, gives state and local governments legal authority to boycott any companies that participate in boycotts against Israel. Two of the newly elected Democratic members and the first two Muslim women in Congress, Ilhan Omar of Minnesota and Rashida Tlaib of Michigan, are both supporters of the BDS movement — marking a first for U.S. lawmakers.

When asked if he would be willing to put the bill on the House floor if it passes the Senate, House Majority Leader Steny Hoyer, D-Md., last week told reporters that “we haven’t counted votes,” but “I think the overwhelming majority don’t want to see Israel hurt.” He added that his colleagues “also want to protect free speech, and I think there are a number of amendments that have been added to the bill since it was originally introduced to affect that end.”