Ana Maria Archila, a constituent of Rep. Alexandria Ocasio-Cortez’s, will now return to the Capitol as an invited guest. 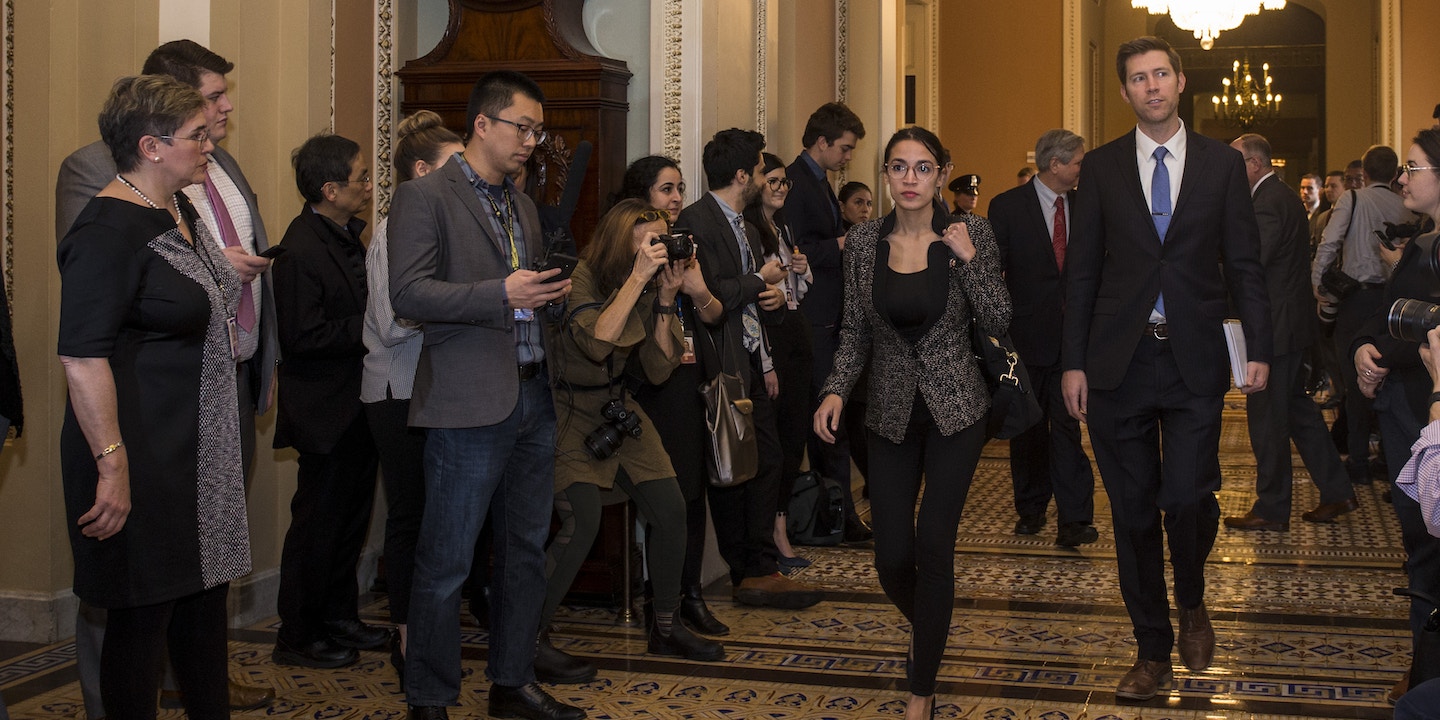 Ana Maria Archila, the Queens woman who famously confronted Arizona Sen. Jeff Flake in a Capitol Hill elevator, will be Rep. Alexandria Ocasio-Cortez’s State of the Union guest on Tuesday.

Archila, a longtime community organizer and co-executive director of the Center for Popular Democracy Action, was one of two women who shared their stories of sexual assault for the first time with the senator in an emotional encounter during the debate over Judge Brett Kavanaugh’s nomination to the Supreme Court. With a CNN camera broadcasting live right behind the women, Archila and Maria Gallagher blocked the doors of an elevator and pressed Flake to justify his support for Kavanaugh, who was accused of sexual assault as a teenager.

In a surprising pivot shortly after the encounter, Flake said he would not support Kavanaugh’s confirmation without an additional FBI investigation into the allegations. He, of course, ultimately joined Republicans in putting Kavanaugh on the Supreme Court. But for a moment, the impassioned confrontation appeared to have played a role in his decision to delay the nomination.

Archila, a constituent of Ocasio-Cortez’s, will now return to the Capitol as an invited guest.

“I just feel particularly moved that in her first participation in the State of the Union, she is inviting me to join and inviting that moment of the elevator, my confrontation with the men who do not understand the life of women and the lives of people who are not in power, that she’s inviting that into the imagination of people again,” Archila told The Intercept.

She would not have confronted Flake “had it not been for the courage that I watched, the courage of the people that had been protesting for weeks, the courage of women who were telling their stories” in congressional offices, to their families, and on social media. “I would not have ever told my story otherwise — I hadn’t in 30 years,” she reflected.

Members of Congress each bring a guest to the State of the Union address, and many choose to bring one who represents an issue or policy stance they prioritize. Ocasio-Cortez dropped a hint about her guest on Saturday, posting a picture of an enamel pin that reads “Well Behaved Women Rarely Make History” that she had picked up at a local shop.

Here’s a hint: I just picked up this gift for them at our very own Lockwood Shop in Jackson Heights ? pic.twitter.com/wSv23WmJ9k

Archila said she feels so much gratitude for Ocasio-Cortez and what she represents: “This idea that we all deserve a country where we can live with dignity, that we have so much wealth that is accumulated in such few hands, and she is determined to bring that demand to Congress and to give voice to a demand that I think is very widely shared.”

An immigrant herself, Archila has spent the past two decades working on behalf of immigrant rights in Queens and said she feels a deep connection to Ocasio-Cortez because of their shared commitment to building “grassroots power with people who are excluded from our democracy.”

“I cherish this privilege that I have as a citizen to vote, but I have never felt so proud of voting for someone as when I voted for Alexandria,” she added. “It was really a powerful experience to feel like I was voting for someone I 100 percent believed in. And this was, you know, in June of last year when we were fighting Trump’s separation of children at the border. So I voted for Alexandria in the morning and then took a train to D.C. and the next day organized the largest demonstration, the largest civil disobedience that has been done inside the halls of Congress, when 700 women got arrested in the Hart Senate building.”