Bernie Sanders launched his campaign for the presidency with an appeal for 1 million supporters to sign up as active volunteers. 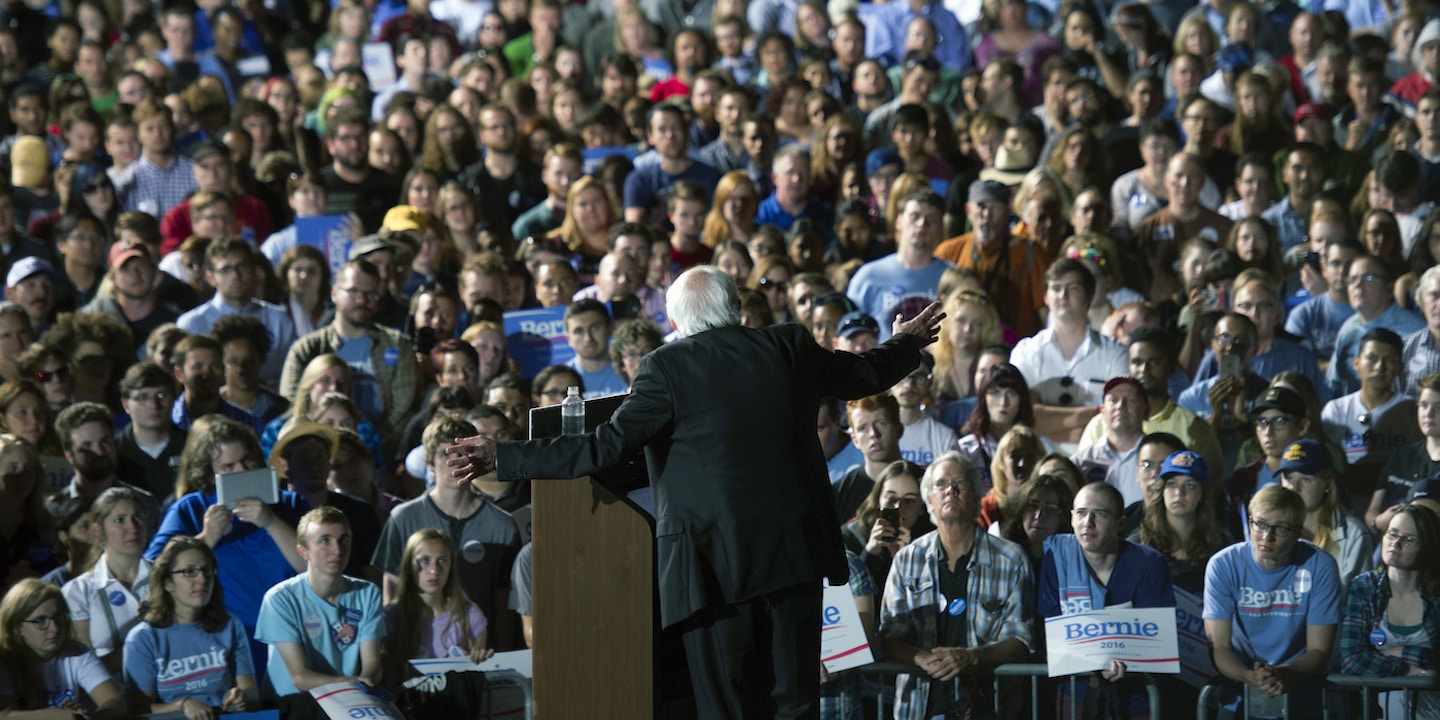 Sen. Bernie Sanders, the Vermont Independent whose 2016 campaign for the presidency helped shift the Democratic Party to the left on issues like “Medicare for All” and free college tuition, announced on Tuesday that he is running for president again. The self-described democratic socialist immediately set an ambitious target for his supporters, calling on them “to be part of an unprecedented grassroots campaign of 1 million active volunteers, in every state in our country.”

I'm running for president. I am asking you to join me today as part of an unprecedented and historic grassroots campaign that will begin with at least 1 million people from across the country. Say you're in: https://t.co/KOTx0WZqRf pic.twitter.com/T1TLH0rm26

Sanders made the appeal across his popular social media accounts, in a variety of forms.

Have you joined the team yet? Add your name to say you're in: https://t.co/RPn2ahN7rq pic.twitter.com/nqc7sqKBRc

Hours before Sanders joined the race, Harris was asked by Fox News if his popularity in New Hampshire meant that she needed to move further to the left to compete in that state’s primary. “I will tell you that I am not a democratic socialist,” she replied.

2020 Watch: @KamalaHarris -in NH-asked about having to move to the left to compete with @BernieSanders - tells @pdoocy “I am not a Democratic socialist” #nhpolitics #FITN #2020election pic.twitter.com/hrMAAxCyp3

Another rival who is far closer to Sanders on the issues, and who has laid out specific, radical policies, Sen. Elizabeth Warren, has attempted to distinguish herself from him by telling reporters, like Ruby Cramer of Buzzfeed News, that the core difference between the two is that “he’s a socialist, and I believe in markets.”

In an interview with CBS News, Sanders dismissed concerns that President Donald Trump would try to associate him with the collapse of Venezuela’s socialist experiment and defended his brand of democratic socialism in common-sense terms. “When I talk about democratic socialism, if somebody wants to call me a radical, okay, here it is: I believe that people are inherently entitled to health care,” Sanders said. “I believe people are entitled to get the best education they can. I believe that people are entitled to live in a clean environment.”

Sanders, who would be the oldest nominee ever, at 79 on election day in 2020, told Vermont Public Radio on Tuesday morning that his age should not be a factor in the race. “We have got to look at candidates, not by the color of their skin, not by their sexual orientation or their gender and not by their age,” Sanders said, adding that he has been blessed with good health and still has “a great deal of energy.”

“I think we have got to try to move us toward a nondiscriminatory society which looks at people based on their abilities, based on what they stand for,” he added.

The Sanders campaign reported that it had received more than $1 million in donations, from supporters in all 50 states, less than four hours after he announced his run.