Chelsea Manning’s decision to fight her subpoena is an act of resistance against government repression and in defense of a free press. 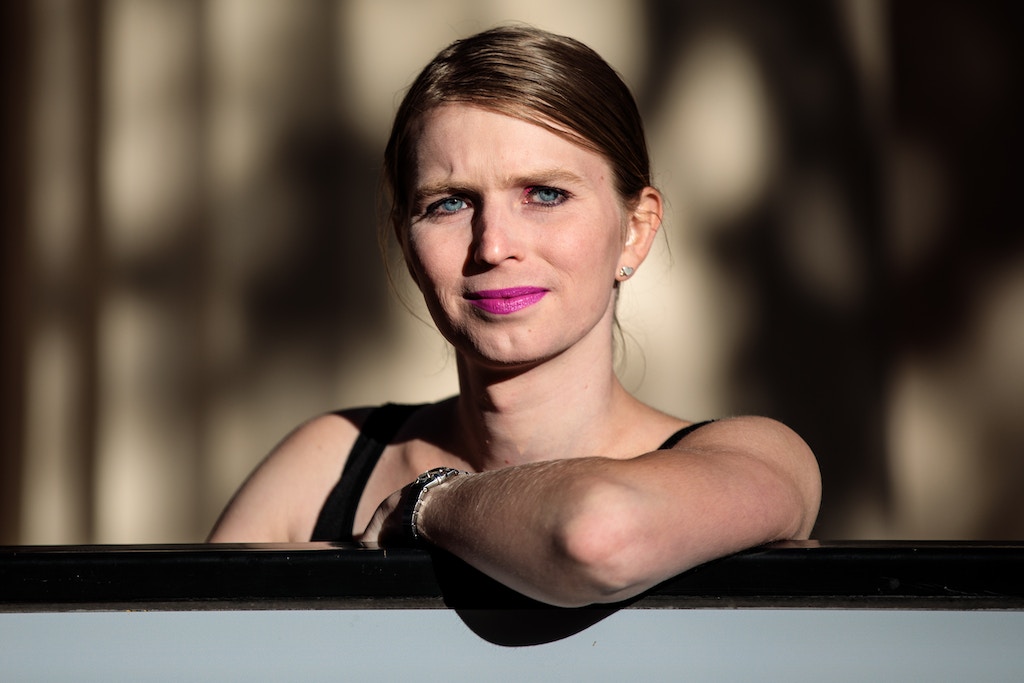 Former American soldier and whistleblower Chelsea Manning poses outside the Institute Of Contemporary Arts in London on Oct. 1, 2018.

Chelsea Manning was subpoenaed to appear before a federal grand jury and give testimony on March 5. The whistleblower filed a motion to quash the subpoena. As such, Manning risks incarceration under the coercive operations of the federal grand jury system.

For Manning, the threat of further imprisonment is a particularly brutal one. Beginning in 2010, she was arrested, court-martialed, imprisoned, and tortured for exposing some of the worst crimes and brutalities of the Iraq and Afghan wars. She was released in 2017.

Given the secrecy of federal grand jury procedures, we can’t know with any certainty to which potential case the subpoena pertains, or what Manning would be asked. But since it was issued in the Eastern District of Virginia, we can make the informed speculation that it relates to inadvertently disclosed charges filed under seal against Wikileaks founder Julian Assange in that same district.

Manning’s decision to fight her subpoena is an act of resistance against government repression and in defense of a free press.

The New York Times reported that “there were multiple reasons to believe that the subpoena is related to the investigation of Mr. Assange,” including the district where the subpoena was issued and the assistant United States attorney that requested the subpoena, who is tied to the Assange prosecution. Another Assange associate, David House, told the Washington Post that he testified before the grand jury as well. “It was all related to disclosures around the war logs,” House said, a reference to the Iraq war documents that Manning released and Wikileaks published.

Manning’s decision to fight her subpoena, however, is not a question of protecting Assange, nor obstructing valid government investigations into federal crimes. Her challenge is an act of resistance against government repression and in defense of a free press.

It should go without saying that were the grand jury related to the prosecution of Assange for revealing government secrets, this would have profound implications for the First Amendment and the media, which the Trump administration has consistently demonized and threatened.

The decision to subpoena Manning in itself should be seen as a punitive act from a hostile administration. President Donald Trump himself has made clear his desire to see the whistleblower behind bars. Within the first days of his presidency, Trump tweeted that Manning was an “Ungrateful TRAITOR” who “should never have been released from prison.” With a grand jury subpoena, the government has found a way to expose the whistleblower to re-incarceration.

“I object strenuously to this subpoena, and to the grand jury process in general,” said Manning in a brief statement released by her support committee. “We’ve seen this power abused countless times to target political speech. I have nothing to contribute to this case and I resent being forced to endanger myself by participating in this predatory practice.”

Federal grand juries are some of the blackest boxes in the judicial system. Closed to the press, the public, and even attorneys for those who have been subpoenaed, the process is ripe for nefarious state use. For decades, federal grand juries have been used to investigate and intimidate activist communities — from the late-19th-century labor movements, to the Puerto Rican Independence Movement and black liberationists of the last century, to environmentalists, anarchists, and indigenous-rights fighters more recently.

“While the federal grand jury purports to be a simple mechanism for investigating criminal offenses, it can be — and historically has been — used by prosecutors to gather intelligence to which they are not entitled.”

Prosecutors and other authorities use grand juries to map out political affiliations while sowing paranoia and discord. It is hard to see the subpoenaing of Manning, who gave exhaustive testimony at her court-martial and took full personal responsibility for her leaks, as anything but punitive.

The consequences for grand jury resistance are serious. Individuals who refuse to cooperate can be held in civil contempt by a judge and imprisoned for up to 18 months, the length of the grand jury. It’s the sort of incarceration, like lengthy pretrial detentions, that give lie to the notion that our justice system runs on due process and just punishment. Facing no criminal charges, a witness should not, by law, be punitively imprisoned for refusal to comply. Yet that’s exactly how resisting a grand jury can play out.

Grand-jury resisters are jailed for contempt on the explicit grounds of coercion: If they agree to talk, they’re released; or if it can be evidenced that they will never talk and the coercive grounds for imprisonment are undermined, the jailing is shown to be purely punitive, and a judge can be compelled to order their release.

“While the federal grand jury purports to be a simple mechanism for investigating criminal offenses,” civil rights attorney Moira Meltzer-Cohen, who is representing Manning in her effort to quash the subpoena, told the Intercept, “it can be — and historically has been — used by prosecutors to gather intelligence to which they are not entitled, for example about lawful and constitutionally protected political activity.”

There’s a grim irony, particularly in Manning’s case, that the purported purpose of a federal grand jury is to act as a safeguard from the improper motivations of government. We need not support Assange personally to understand that his prosecution for publishing Manning’s leaks would expose news organs who also published the documents — like the Guardian, The Washington Post, and The New York Times — to the same liability. The precedent that could be set for state repression of journalism is beyond troubling.

Manning’s challenge to the grand jury subpoena thus suggests that, as shown during her court martial, the whistleblower understands the monumental First Amendment issues at stake in the prosecution of those who would expose government wrongdoing.

“Chelsea gave voluminous testimony during her court martial. She has stood by the truth of her prior statements, and there is no legitimate purpose to having her rehash them before a hostile grand jury,” said Manning’s support committee, ChelseaResists, in a statement. “By employing these tactics against her, the government is using a roundabout method to further punish Chelsea for her past actions, adding to the seven years of trauma, imprisonment and torture she has already endured.”

The fact that it is Manning who must once again bear of the weight of the government against her, and risk more jail time, is a stinging injustice for an activist who has already endured so much for exposing vital and damning truths.