Five states have already passed a so-called trigger law, which would ban nearly all abortions if the Supreme Court were to overturn Roe v. Wade. 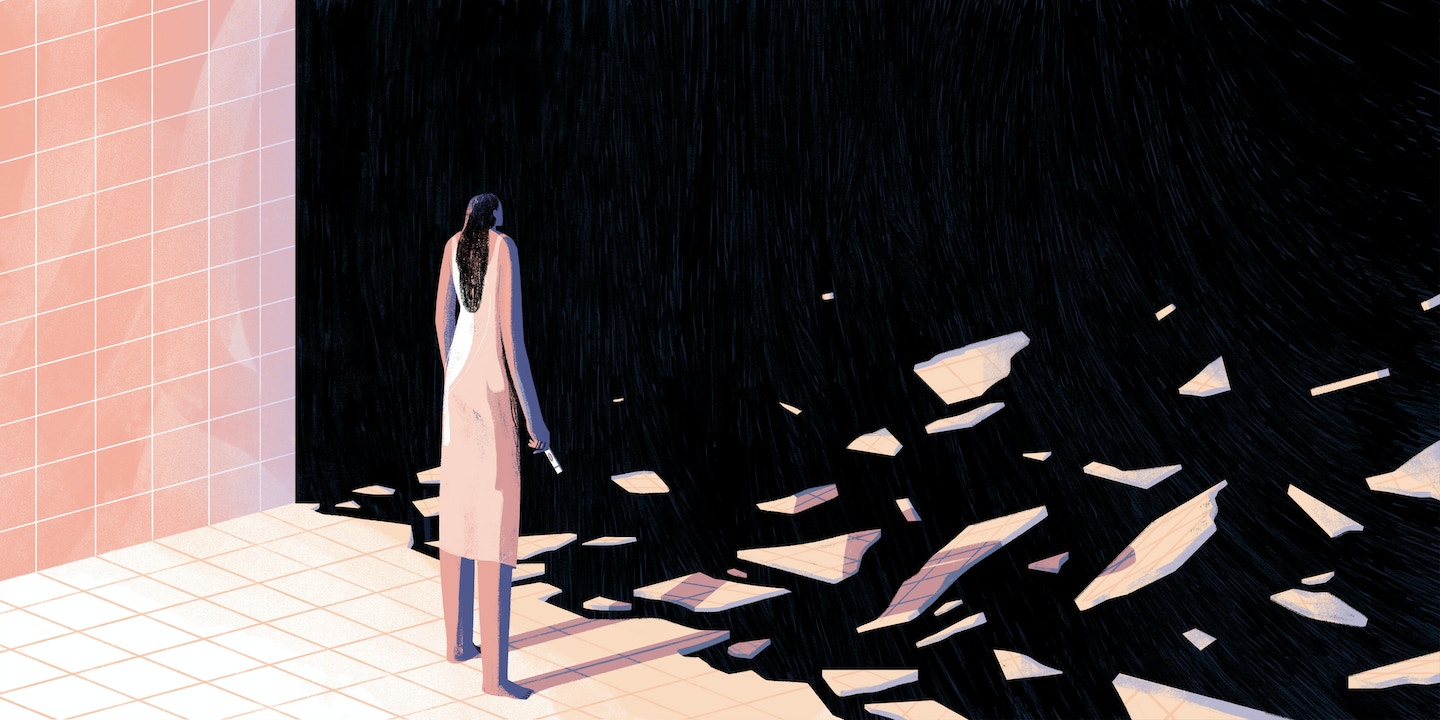 When Brett Kavanaugh was named a Supreme Court justice last fall, a world in which access to abortions would be significantly limited, if not downright illegal, became more likely. Late last month, Georgia joined a handful of Republican-led states positioning themselves to lead the charge if Roe v. Wade, the seminal Supreme Court decision that legalized abortion, were to be overturned.

At the request of Georgia’s newly elected governor, Brian Kemp, Republican lawmakers introduced a bill on February 28 that would ban nearly all abortions in the state if Roe v. Wade were thrown out. The bill, HB 546, would punish anyone who performs an abortion — including doctors, nurses, and physician assistants — with up to 10 years in prison and a fine of up to $100,000. The bill carves out narrow exceptions for circumstances like rape, incest, and preventing a life-threatening injury to the mother.

The legislation is a so-called trigger bill — meaning it would take effect only if the Supreme Court overturned its landmark 1973 decision. If that were to happen, the Georgia Assembly would also need to pass a joint resolution and have it signed by the governor, something Kemp has already declared he would do.

Many women in the South are already effectively living in a post-Roe America.

Many women in the South are already effectively living in a post-Roe America, with access to abortion severely restricted. The Georgia law would have reverberations outside the state, crippling access for women in surrounding states, like Alabama, Mississippi, South Carolina, and Tennessee, who routinely travel to the Atlanta metropolitan region to access abortion services.

The legislation, which is now being considered by the House’s Health and Human Services committee, is seen as Kemp’s attempt to deliver on some of the wide-ranging anti-choice promises he made on the campaign trail. A year ago, as a candidate and then-secretary of state, Kemp praised Mississippi’s new law restricting abortions after 15 weeks and pledged to sign “the toughest abortion laws in the country” if elected. State legislators are also considering a second Kemp-backed bill that would ban abortions after six weeks, far earlier than the state’s current 20-week ban. The House approved the bill, HB 481, late Thursday night.

It’s not clear, however, that going after abortion is a political winner. Kemp defeated Democrat Stacey Abrams in the governor’s race by a very narrow margin, amid credible accusations of voter suppression. Meanwhile, suburban Republicans in Georgia suffered significant losses in the 2018 election, and those who clung to their seats may be reticent to vote for such extremist legislation.

“It is a great political miscalculation,” said Laura Simmons, the state director of NARAL Pro-Choice Georgia. “I’m frankly surprised this is the approach they would be taking coming out of the election where Kemp barely won and Democrats picked up 13 seats in the General Assembly, the vast majority who ran on proud pro-choice values.”

The introduction of the bill was met with swift protest from reproductive rights activists in Georgia. NARAL members have been calling and emailing all members of the House and Human Services committee, taking trips to the state legislature, and holding events to raise awareness. “We always knew, with Kemp becoming governor, that we could be under attack, so our NARAL members have been ready,” Simmons said.

Dr. Atsuko Koyama, a pediatrician and abortion provider in Georgia, traveled to the state capitol on Tuesday to protest HB 546. “I let them know this is an outrageous bill that criminalizes abortion and is flat-out bad for women’s health, women, and their families,” she told The Intercept.

“I see patients from all over. Some women come from states like Indiana and Ohio to seek abortion services because the laws in their own states are, unfortunately, so restrictive compared to Atlanta,” she said. “If we ban abortion, then the people with means will be able to travel, but especially if other Southern states pass similar bills, then women will have to travel hundreds of thousands of miles, and many can’t make that trip.”

While the bill doesn’t threaten to punish women specifically, its language leaves a lot open to interpretation, particularly for those women who induce their own abortions. And despite an exception for abortions that are deemed medically necessary, the bill seems to leave open the possibility that other experts could object to the doctor’s determination, leaving abortion providers in a precarious situation.

When asked if she would continue to work as an abortion provider if HB 546 became law, Koyama, who is also a fellow with Physicians for Reproductive Health, said she will “always provide medical care based on my state’s regulations.” She would continue her work “if the regulations clearly stated what would make it okay to provide” the services.

Many health and legal experts argue that prosecuting women for abortions exacerbates fear and stigma around unwanted pregnancies, which then deters women from seeking medical care or speaking honestly with doctors they do see. As the National Institute for Reproductive Health has noted, fear of prosecution can make it more difficult to share and access accurate medical information — like facts about safely using misoprostol, an ulcer medication that can induce a miscarriage.

“It’s pretty sloppily written, there’s definitely room for misinterpretation,” Simmons said of the bill. “They created carve-outs, but are there doctors who would sign up for providing care given the criminal penalties they could face? I definitely think that Kemp and his folks thought they were doing good political cover [by not going after women directly], but that shows how little they think of women and our intellect.”

“What we know is that when you have laws that treat abortion as a crime, they are harmful to both health care providers and women,” said Andrea Miller, the president of the National Institute for Reproductive Health. “That can mean there is an explicit commitment to prosecute health care providers and women, or it could mean overzealous prosecutors will try to use those laws and stretch them beyond their bounds. This is not hyperbole, that is a fact.”

There have been several high-profile examples of women being prosecuted for abortions in recent years. In 2014, the state of Indiana sentenced 33-year-old Purvi Patel to 20 years in prison for fetal homicide, the first woman in the United States to be convicted under a feticide law for having an abortion. Feticide laws are on the books in 38 states and were originally passed to protect pregnant women who were victims of domestic violence.

In 2015, Anna Yocca, a 31-year-old Tennessee woman, was charged with attempted murder after she tried to abort her 24-week-old fetus with a coat hanger. She languished in jail for a year and ultimately pleaded guilty in 2017 for attempted procurement of a miscarriage, a felony offense.

Lynn Paltrow, executive director of National Advocates for Pregnant Women, and Jeanne Flavin, a Fordham University sociologist, have noted that the majority of abortion-related arrests have targeted low-income women and women of color.

“It would be really devastating for Georgia to align itself with some of the most egregious and harmful laws in the country, especially when you think of the highly questionable circumstances that put this governor in office,” said Miller. “Georgia is just not a state where the majority believes abortion should be a crime and doctors should go to jail.”

“This is the fight for abortion access,” said Megan Gordon-Kane, the public affairs coordinator at the Feminist Women’s Health Center, an independent abortion clinic in Atlanta. “We’ve all been sounding the alarm.”