I felt compelled to analyze his words at length because as a nonwhite Westerner — a Muslim no less — I’m one of the “invaders” that he speaks about. 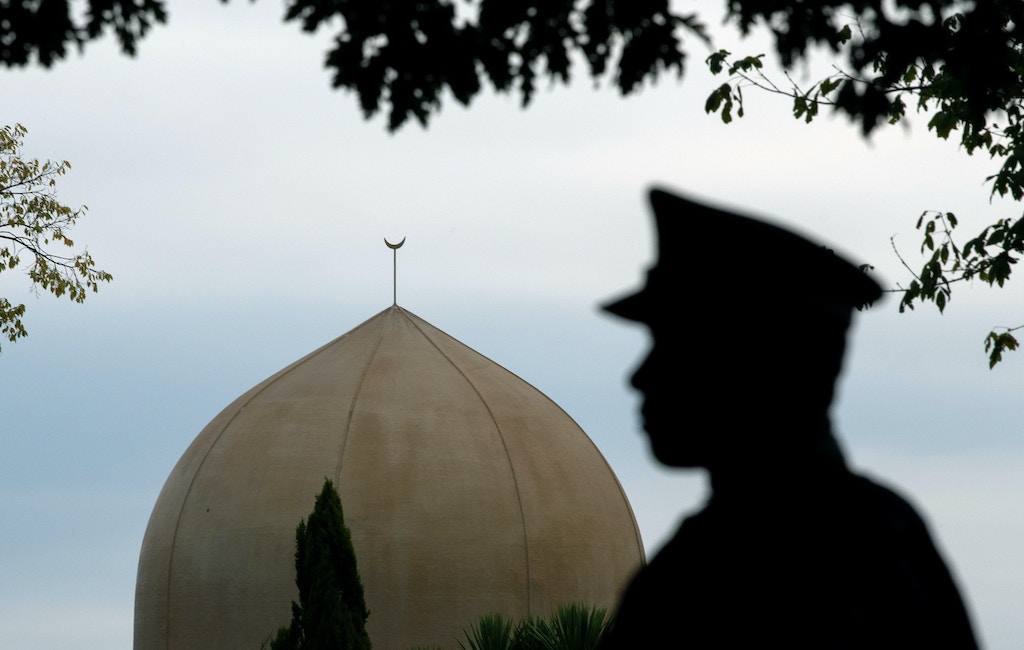 Brenton Tarrant, who stands accused of killing 50 adults and children at two mosques in New Zealand last week, wants us to know what inspired his actions. Before livestreaming his massacre of Muslim worshipers, he composed a lengthy document that proudly advocates the murder of innocent people in the name of racial purity. The manifesto is predictably disturbing. It is the work of a nihilist who sees a world so bleak and hopeless that it could be improved through acts of mass murder. There is one word in the 74-page document, however, that stood out to me: “invader.”

Tarrant’s words are both lucid and chillingly familiar. His references to immigrants as invaders find echoes in the language used by the president of the United States and far-right leaders across Europe. And that is why it would be a mistake to dismiss them as the incoherent ravings of a madman.

His manifesto is difficult to read. I felt compelled to analyze his words at length, however, because as a nonwhite Westerner — a Muslim no less — I’m one of the “invaders” that he speaks about. There have been calls to simply ignore what Tarrant wrote. While understandable, it is naive to think that ignoring people like him will make their demands go away. Upon reading his manifesto, I must emphasize that the sentiment he expresses — that people like me are outsiders who really belong in some other place — is increasingly common.

There are no individuals in his worldview, just faceless masses of “us” and “them.”

The document is based on a key underlying premise known as the “Great Replacement” theory: that nonwhite people living in Western countries are aliens on a mission to plunder and replace the populations of Europe and North America. In the faces of immigrants trying to raise families and build peaceful homes, Tarrant sees unarmed invaders bent on conquering his racially pristine homeland. There are no individuals in his worldview, just faceless masses of “us” and “them.” The latter group is to be kept at a distance at all costs. He approvingly cites the deterrent effect of killing their children.

For those wondering where Tarrant was radicalized, the answer is right out in the open. It is in our media and politics, where minorities, Muslims or otherwise, are vilified as a matter of course. Tarrant’s beliefs reached a violent praxis that I assume many of his fellow travelers would find hard to stomach. But his claims about disastrous birthrates and floods of immigrant invaders are practically banal at this point. Such rhetoric animates the policies of Donald Trump, who has revived a medieval response to “invaders,” promising to contain them behind a giant wall. It comes from the president’s political supporters who openly espouse the same “Great Replacement” theory that motivated Tarrant’s massacre.

This rhetoric about foreign pollution also emanates from the mouths and pens of supposedly liberal public figures. In 2006, the “New Atheist” writer Sam Harris wrote an article claiming that within 25 years, France was on course to have a majority-Muslim population, even if immigration were to stop tomorrow. This demographic shift would mean nothing less than an end to democracy itself, he argued. (Harris did not deem it necessary to provide a citation for his ludicrous population projections.) Tarrant’s manifesto reads like a shortened, albeit more violent, version of the popular 2017 book “The Death of Europe,” by British author Douglas Murray, who argued that immigration had already effectively destroyed European society.

In short, Tarrant’s writings reflect a worldview that is not just confined to the dark corners of the internet, but is openly expressed in media and politics. His alleged actions are the logical conclusion to the rhetoric of “American Carnage” and “The Death of Europe” promoted by prominent figures across the globe.

Tarrant writes that his breaking point came while traveling through France. There, he was overwhelmed by the number of “invaders,” whose black and brown faces he encountered in every city and town. Judging from his words, he didn’t pause to consider that most of these people were in fact not foreigners but the children of people who have lived for several generations in France. They are people who know no home but that country. Tarrant describes being overtaken by emotion when seeing a wartime cemetery, which he views as the resting place of a previous French generation that fought “invaders.” It apparently never occurred to him that the majority of the World War II-era Free French Army, which liberated France from the Nazis, consisted mostly of black and North African colonial soldiers. It is the descendants of these people whose presence caused Tarrant, an Australian tourist, such heartache that he, according to his manifesto, “broke into tears, sobbing alone in the car.”

To insist that they to “go back” to an imaginary homeland on a distant continent is to insist on genocide and ethnic cleansing.

As we consider the attacks in New Zealand, it is important to understand that Muslims are an easy target for racist violence. They are an unpopular minority in Western countries. Some analysts, even as they condemned Tarrant’s alleged, murders, expressed sympathy with his reasoning about Muslims. This reaction seems to be exactly what Tarrant was counting on. In one section of his manifesto, he makes clear that all “high fertility immigrants” are the enemy, but that he chose to target Muslims because, “they are the most despised group of invaders in the West, attacking them receives the greatest level of support.”

Killing Muslims is only the first stage in the plan he lays out, however. The ultimate goal is changing the demographic makeup of Western countries through a more general program of ethnic cleansing that also targets blacks, Jews, and Asians. “The invaders must be removed from European soil, regardless from where they came or when they came. Roma, African, Indian, Turkish, Semitic or other,” Tarrant writes. Among his stated influences are the Norwegian mass murderer Anders Breivik and Dylann Roof, who murdered nine African-American parishioners at a South Carolina church. Tarrant makes clear that he is not a Christian in any religious sense. His only consistent belief is a genocidal intention to remove the “other,” whether by murder or expulsion.

Though he acted alone, Tarrant ominously claims in his manifesto to have received blessing for his attack from a clandestine far-right organization. Sympathizers with his motives exist in huge numbers, he writes, including in the military and police apparatuses of Western states. So far, no evidence has emerged to corroborate this claim, but looking at the news, it seems entirely plausible.

In his writings, Tarrant makes clear that he has no problems with Muslims who live in their own homelands, nor with Jews, as long as they live in Israel. He simply wants them out of the West. “How they are removed is irrelevant, peacefully, forcefully, happily, violently or diplomatically. They must be removed,” he writes. It is unlikely, of course, that these people will leave their homes voluntarily. The United States and Europe are where they raise their families, pay taxes, attend schools, and contribute their labor to society. To insist that they to “go back” to an imaginary homeland on a distant continent, therefore, is to insist on genocide and ethnic cleansing.

When faced with such an implacable and fanatic demand, it is important to take it seriously. I fear there will be more men like Brenton Tarrant, Anders Breivik, and accused Pittsburgh synagogue shooter Robert Bowers, particularly while those in power respond to their messages with a wink and a nod. In the face of such an enemy — that demands that one literally abolish oneself — the comforting idea of compromise evaporates. Racist attacks have continued since the New Zealand killings, including a number of violent assaults. In the face of this reality and the struggles ahead, it seems important to recall a popular Jewish mantra in the face of Nazi oppression, which carries renewed meaning today: “We will outlive them.”