Beto O’Rourke hears echoes of the Third Reich when Donald Trump calls immigrants an “infestation,” and he has no plans to stop decrying it. 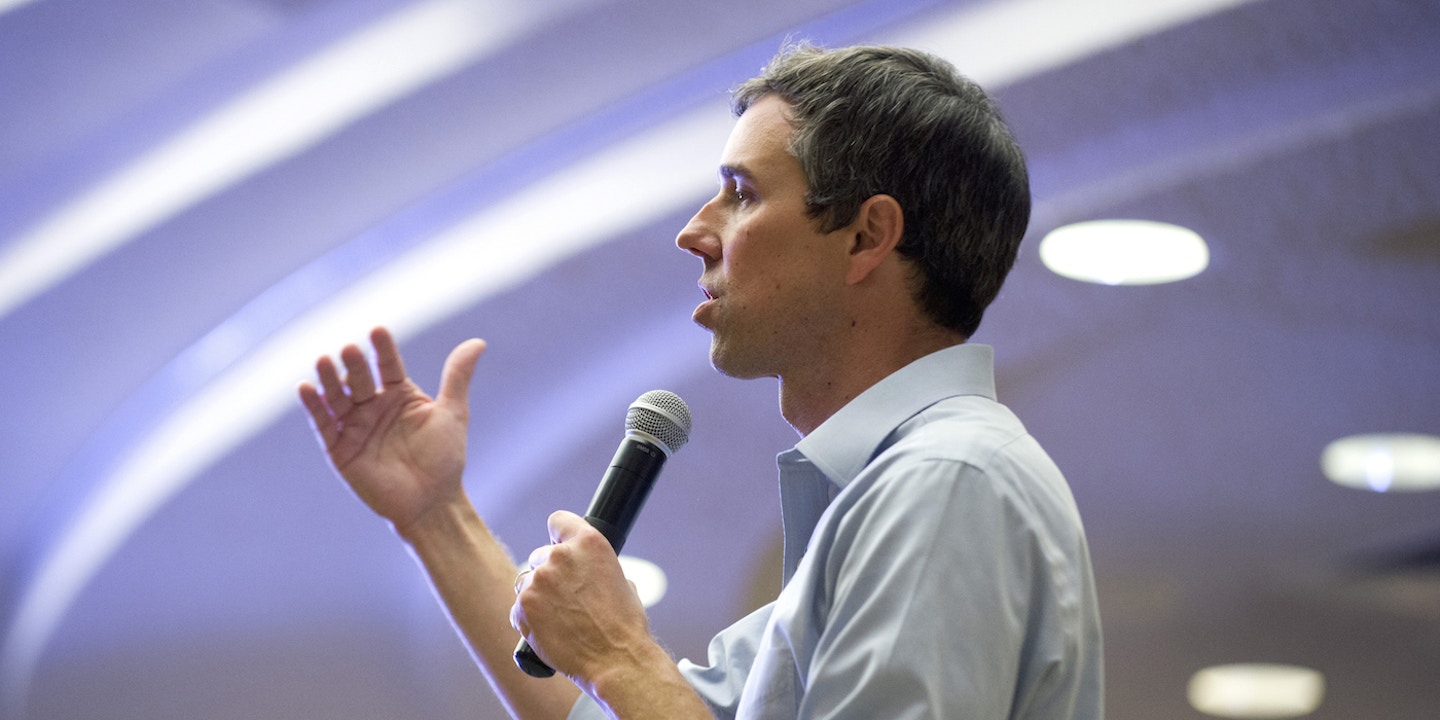 President Donald Trump’s defenders professed outrage on Friday at comments from Beto O’Rourke, a Democratic presidential candidate, who accurately observed that the president’s rhetoric on immigrants would not have been out of place in Nazi Germany.

Speaking at two campaign events in Iowa, O’Rourke said that Trump’s policy of separating the children of asylum-seekers from their parents as they cross the border, “follows the rhetoric of a president who not only describes immigrants as rapists and criminals, but as animals and an infestation.”

“Now I might expect someone to describe another human being as an infestation in the Third Reich, but I would not expect it in the United States of America.”#beto #beto2020 #betoforamerica pic.twitter.com/nIbIF4kmjh

“Now, I might expect someone to describe another human being as an infestation in the Third Reich,” O’Rourke told students at Morningside College in Sioux City. “I would not expect it in the United States of America.”

Last year, Trump told reporters that the deportation of undocumented immigrants was necessary because “you wouldn’t believe how bad these people are — these aren’t people, these are animals.” A month later, the president tweeted that Democrats “want illegal immigrants, no matter how bad they may be, to pour into and infest our Country, like MS-13.” Last week, Trump mocked the claims of asylum-seekers who claimed their lives were at risk as “a big, fat con job.”

On Thursday night, O’Rourke stood by his observation about the rhetorical echoes from history when asked by Alexandra Jaffe of the Associated Press if he was comparing the Trump administration to Nazi Germany.

In Iowa, @BetoORourke says the president’s rhetoric on migrants and calls to ban Muslims sound more like the Third Reich than the USA.

Asked about the comparison after the rally, he emphatically stood by it.

“Well, I compared the rhetoric that the president has employed to rhetoric that you might have heard during the Third Reich,” O’Rourke replied.

“Calling human beings an infestation is something that we might’ve expected to hear in Nazi Germany,” he continued. “Describing immigrants — who have a track record of committing violent crimes at a lower rate than native-born Americans — as rapists and criminals. Seeking to ban all Muslims — all people of one religion — what other country on the face of the planet does that kind of thing? Or in our human history or in the history of the Western world?”

“Putting kids in cages?” O’Rorke added. “Saying that neo-Nazis and Klansmen and white supremacists are very fine people? You draw your own conclusions, but this is not something that I expected to hear a president of the United States of America ever say.”

Pressed on whether he was lowering the tone by invoking the Nazis, O’Rourke called it necessary. “If we don’t call out racism,” he replied, “in this position of trust the president enjoys, then we’re going to continue to get its consequences: hate crimes in this country up every single one of the last three years; the mosque in Victoria, Texas, burned to the ground on the very day that he signed the executive order attempting to ban Muslim travel to the United States of America; kids in cages at the US-Mexico border, at their most desperate, vulnerable moment; their moms, from whom these kids had been taken by force, deported back to the very countries from which they fled, in some cases to certain death.”

“These are the consequences of our silence,” O’Rourke concluded. “Silence is complicity in what this administration is doing.”

The former Texas representative denounced that rhetoric at another event earlier on Thursday, after relating an exchange with a Mexican-American third grader, who asked him, “Why does the president not like me?”

The Zionist Organization of America condemns this type of hateful and ignorant rhetoric in the strongest possible terms. Mr. O’Rourke should immediately apologize for his willful trivialization of the Holocaust.

The ZOA, which is supported by archconservative donor Sheldon Adelson, is closely aligned with the Trump administration. The group’s politics can be gleaned from a quick look at its homepage, which is often dominated by articles from Breitbart. Having drawn criticism from Israeli liberals for featuring former White House aides Steve Bannon and Sebastian Gorka at its 2017 gala dinner, the ZOA responded by inviting Trump’s hard-right national security adviser, John Bolton, and his provocative ambassador to Germany, Richard Grenell, last year.

Patrick Svitek, a Texas Tribune reporter who covered O’Rourke’s Senate race against Ted Cruz last year, noted that the former member of Congress had characterized Trump’s rhetoric the same way then, telling supporters that the president’s use of the word “infestation” to describe undocumented immigrants was “how they talked in the Third Reich. That’s not how I want us talking here in the United States of America.”