“Dan Lipinski needs to go and Marie came within 1,600 votes of defeating him with progressive support in 2018.” 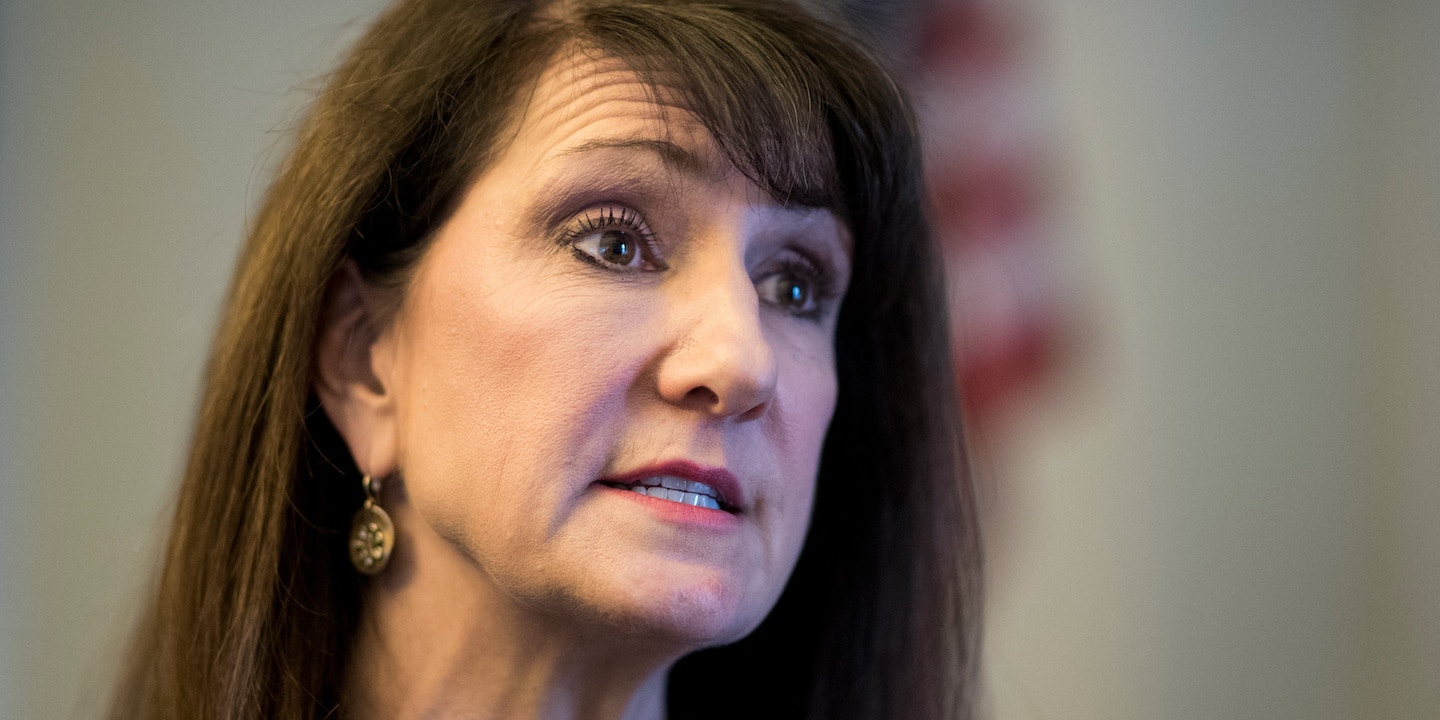 Progressive groups are coming to the aid of Marie Newman after at least four consultants dropped her campaign under pressure from the Democratic Congressional Campaign Committee’s new policy to cut off vendors working with primary challengers.

Politico reported Friday morning that a consultant had dropped Newman’s campaign as recently as Wednesday. She’s taking a second shot at unseating incumbent Dan Lipinski in Illinois’s 3rd District after she came within 2.2 points of beating him in a 2018 primary. Democracy for America, or DFA, is endorsing Newman and both DFA and the Progressive Change Campaign Committee will fundraise for her, a spokesperson for the group told The Intercept. Politico reported that the DCCC was clear with the consultants that if they continued working against Lipinski, their future business with the party would suffer.

The DCCC policy, critics say, will have the effect of protecting white male incumbents defending seats against challengers in an increasingly diverse party. That’s the case with Lipinski, who inherited the seat from his father in 2005 and has retrograde views when it comes to much of the Democratic agenda, including his opposition to marriage equality and abortion rights. He voted against the Affordable Care Act in 2010, the signature legislation House Democratic leaders are trying to save in their campaign against Medicare for All.

While some House Democrats have strongly objected to the DCCC policy, others, including House Speaker Nancy Pelosi, support it. The DCCC says the policy doesn’t discourage primary challengers and that anyone who wants to run for office can do so without them. The DCCC did not immediately respond to a request for comment.

“The DCCC would rather stand with a so-called Democrat who has stood against reproductive, immigrant, and LGBT rights and a $15 minimum wage rather than allow a fair competition and choice for voters,” said Alexandra Rojas, head of Justice Democrats. “The Democratic Party leadership is choosing machine politics over ushering in a new generation of leaders and the fundamental idea of democracy. Dan Lipinski needs to go and Marie came within 1,600 votes of defeating him with progressive support in 2018. We look forward to Marie finishing the job, but have not made a formal endorsement at this time.”

Newman told Politico and confirmed to The Intercept that the two mail firms that dropped her campaign did so specifically because of the DCCC policy implemented by Rep. Cheri Bustos, who chairs the committee. Newman said that a number of consultants unaligned with the DCCC reached out to her on Friday and that she is putting her campaign back together. “It’s tricky,” she told The Intercept. “This has been very expensive for my campaign — it’s cost time and money and effort and frustration, but we’re working through it.

The boost from DFA will help. “Today, in response to reporting documenting the impact the Democratic Congressional Campaign Committee’s (DCCC) anti-primary blacklist policy have had on her campaign, Democracy for America decided to formally endorse Marie Newman’s campaign,” a DFA press release reads. “Newman is DFA’s first non-incumbent endorsement in the battle to retain Democratic control of the U.S. House in 2020.” The grassroots, progressive PAC also endorsed Newman in her 2018 challenge.

NARAL Pro-Choice America endorsed and heavily backed Newman in 2018. The group’s president reacted angrily to the DCCC’s move against her.

Dan Lipinski votes against women's rights, LGBTQ rights and the Affordable Care Act, and the the DCCC is punishing his opponent, Marie Newman who stands up for all of those things. Right now. When all of these things are under attack from a vicious right wing. No. Just don't.

Newman came within striking distance in 2018, securing votes in areas that Lipinski, a member of the conservative Blue Dog Caucus, had easily won in the past. She’s been planning her rematch since the March 2018 primary, slamming Lipinski last month for being the only House Democrat not to co-sponsor the Equality Act, a measure that would extend civil protections for LGBTQ people at the federal level. Lipinski told Roll Call that he refrained from co-sponsoring the bill because it would conflict with the Religious Freedom and Restoration Act and could have “damaging and unforeseen consequences for Americans’ religious freedom.”

“The DCCC is doing tremendous damage to the Democratic brand and the progressive values its supposed to represent every single day they continue their blacklist policy that protects anti-choice, anti-LGBTQ, corporate Democrats like Dan Lipinski,” DFA Chair Charles Chamberlain said in a statement. “Marie Newman brings the fresh, progressive energy needed to replace one of the most retrograde corporate Democrats still standing in Congress. Dan Lipinski’s built a career in Washington screwing over working families and providing cover to right-wing bigots by opposing everything from a $15 minimum wage and the Equality Act to women’s fundamental abortion rights.”

The Progressive Change Campaign Committee is also standing behind Newman. The group has not yet made an endorsement, but will be launching a fundraising push on behalf of the candidate on Friday afternoon, in addition to previous efforts earlier this year. PCCC’s members have made over 1,000 donations to Newman so far in direct response to the DCCC’s consultant policy. “The DCCC’s blacklist will have the net effect of sidelining talented consultants who want to help flip red districts blue, but also want to flip this district to being truly blue,” PCCC spokesperson Marissa Barrow said in a statement. “Progressives like Marie Newman are challenging out-dated, out-of-touch incumbents that the DCCC shouldn’t be sticking its neck out to protect — like Dan Lipinski, the co-chair of the Pro-Life Caucus, a tool of Wall Street, and an opponent of Obamacare.”