Collins has been in Montana since 1994 and was elected the state’s first black mayor with support from Trump voters. 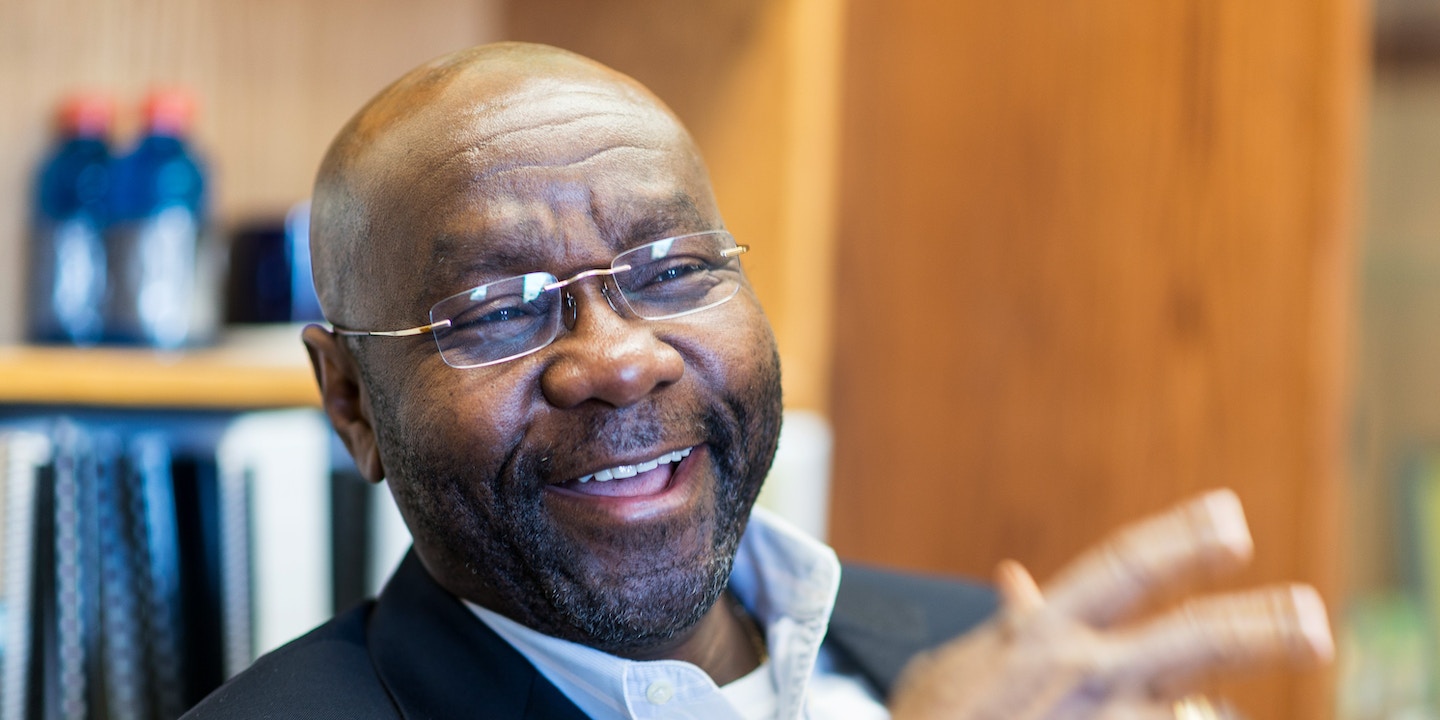 Wilmot Collins is running for Senate against incumbent Republican Steve Daines, he will announce Monday.

The entry of Collins into the race gives Democrats a mold-breaking candidate who is unlike the type that would be recruited by operatives in Washington. Collins is Montana’s first and only black mayor — a veteran, a father, and a refugee from Liberia.

Democrats have hoped that Governor Steve Bullock would launch a Senate campaign against the milquetoast Daines, but he has instead been flirting with joining the presidential field, which he apparently believes might benefit from at least one more obscure white male politician.

Collins, meanwhile, hopes that his unique profile can overcome a yawning partisan gap. Montana, while it has elected Democrat Jon Tester three times to the Senate and has a Democratic governor, is deep red in presidential years. When Collins arrived in Montana in 1994, he had spent two years and seven months navigating the United States asylum process. He’d fled Liberia’s civil war, which took two of his brothers and forced him to leave home for good. Twenty-three years later, he defeated 16-year incumbent Jim Smith to become Helena’s first black mayor — and the first black mayor in the state’s history. A Liberian refugee, elected mayor in the heart of Trump country.

The turn of events was so curious that Comedy Central’s The Daily Show sent a crew to investigate. But Collins’s strategy was simple, and it worked: Talk to people.

He knocked on thousands of doors during his mayoral campaign, he told The Daily Show. And he’ll do the same as he sets his sights on the Senate; he plans to visit at least 90 percent of the counties in the state. “Some of the counties have not seen any representative for years and years and years,” he said in an interview with The Intercept. “So they don’t have an opportunity to question their representative. With my running, with my getting in, they will have that opportunity.”

As he did during his mayoral campaign, he’ll stay away from typical partisan talking points and is still fleshing out what his platform will look like. He’s wary of the way Washington does politics. And that may work in his favor.

When Collins won his mayoral race, the local Helena Independent Record ran a headline that a “progressive ticket” was sweeping the Helena City Commission. The mayor’s seat is nonpartisan, and Collins plans to stay away from divisive party-aligned rhetoric in his Senate race. “My message is not gonna be red, blue, pink, yellow. It’s gonna be for the people of the state,” he told The Intercept.

If Collins can gather the support to beat Daines, who won with comfortable margins in his 2012 House race and 2014 Senate race, Montana would again have two Democratic senators. The race opens up another avenue for Democrats as they work to retake a majority in the Senate, depending on the results of 2020 races.

Collins has lived in Montana for 24 years. And the issues he’s experienced firsthand and heard about from fellow Montanans aren’t new. “I decided to jump in the race because I think I understand the people. I am the people. And I don’t think our representative is adequately representing us,” he said.

They say it could never be done. A Liberian refugee elected to office in Montana.

Let’s prove them wrong again...Join me for a special announcement on my next Monday, May 13th at 12:30 pm at Performance Square on the Walking Mall, in Helena.#mtpol #mtnews pic.twitter.com/xyjUTgssWh

“The way to look at it is, ‘What did he say he was gonna do when he became mayor?’ I informed them that I was going to fully fund the providers of essential services. Firefighters, police officers, EMTs. We did that. It was a nonpartisan issue,” Collins said. “We talked about curbing teenage and veterans’ homelessness. We’re working on that. We talked about providing opportunities for affordable housing. We’re working on that. So those are not issues that are Democrat or Republican. And I intend to make my platform as neutral as possible. Because those are issues that will affect the people of Montana. Our platform will relate to the people of Montana. It will not relate to D.C.”

Collins says he won’t shy away from answering questions on immigration or engaging with voters on aspects of it they might not agree on. “Even if I try to keep it away, I know that those questions will be asked, and I will need to answer those hard questions,” he said. “So I will be prepared,” he continued, “because immigration is an issue we need to discuss. Immigration should be on the table. And yes, I tend to bring it up. I tend to talk about it, because I know how I came,” he said. “Can we improve? Yes, we can. So that’s how I’m gonna look at it. We need improvements, and let’s do it. Let’s work together to improve it.”

As one of very few black people in Montana — a state that only recently started accepting refugees — Collins has had his fair share of what he describes as “teachable moments” with members of the community.

“You have to educate the public,” Collins said.

“I always tell people, ‘Man, if you come in this country as a refugee, the first thing you need to do is have thick skin.’ Because there is so much misinformation out there, it will drive you nuts if you don’t remain calm and try to educate the public on the real deal. And that’s what I think we’re lacking, because we don’t have people educating the public,” he said. “So whatever they hear, they cling to it; whatever they hear, they believe. And it’s not because they’re trying to be hateful, but that’s what they heard. They haven’t heard the other side.”

When he does have those kinds of conversations, people are receptive, Collins said. “I’ve been all around the place, all around the country explaining that. And people are shocked when I tell them, this is the process you go through as refugees.”

As for his platform, Collins is still rolling out hard policy proposals. Issues he talked about during his mayoral race are still important — supporting first responders and service members, addressing homelessness, and creating jobs. But he’ll be looking at things that impact the state more widely, not just Helena, including how tariffs impact farmers, as well as veteran suicide, among other things. “If you put the two parties together and say, which one would you go to,” he said, “I would go 80 percent to the left. But I’m not going 100 percent,” he explained. “I identify more as a progressive Democrat than a progressive Republican.”

Health care, climate change, and affordable housing aren’t partisan issues, Collins said. “Those are issues for everybody. And I don’t understand how people try to politicize that. It’s affecting everyone.”