Those who believe the release of “American Taliban” John Walker Lindh poses a new threat to our collective safety simply haven’t been paying attention. 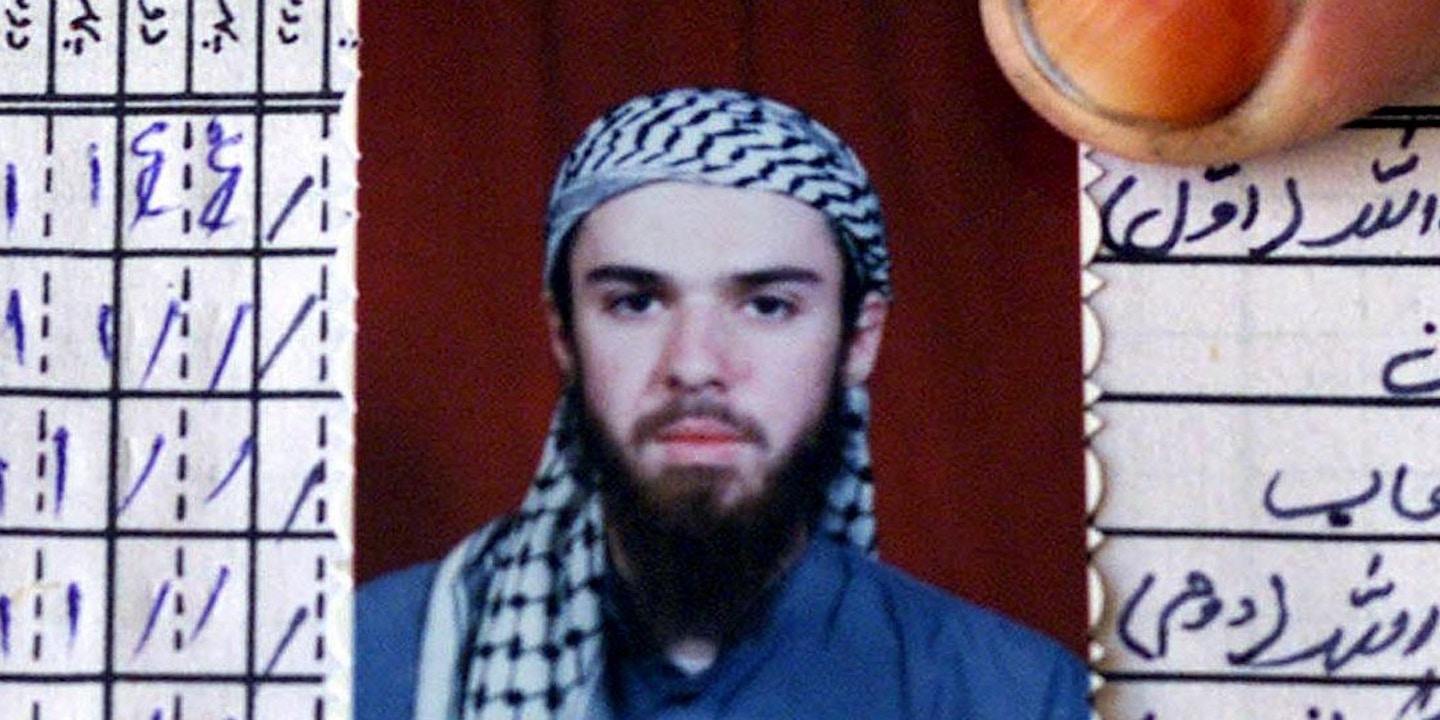 John Walker Lindh was the first big catch of the so-called U.S. war on terror. A Californian who had converted to Islam, Lindh was captured in Afghanistan in November 2001. He was 20 years old.

Dubbed the “American Taliban,” Lindh was freed from prison Thursday on supervised release, his 20-year sentence reduced slightly for good behavior. His exit from prison has caused some handwringing among the chattering and political classes.

“The ‘American Taliban’ will be free after 17 years. Is the U.S. ready to welcome him back?” the Washington Post asked. Sen. Richard Shelby of Alabama claimed President Donald Trump opposes Lindh’s early release. Secretary of State Mike Pompeo described Lindh’s return to freedom on “Fox & Friends” as “unexplainable and unconscionable.” In response to Lindh’s newfound freedom, Shelby joined with two Republican colleagues, Senator Tom Cotton of Arkansas and Representative Bradley Byrne of Alabama, to introduce a bill, the No Leniency for Terrorists Act, which would make convicted terrorists ineligible for early release.

But those who believe Lindh’s release should raise fresh fears for our collective safety simply haven’t been paying attention.

Lindh is unique as a cultural figure — his capture in Afghanistan made him a modern-day Benedict Arnold — but he is just one of more than 400 convicted terrorists who have been released from U.S. prisons since 9/11. In fact, Lindh isn’t even the only convicted terrorist being released over the course of a week in late May.

Charlton Edward La Chase, who wanted to be — in his words — “the first deaf person to create American casualties in the name of ISIS,” was freed on May 24. Michael Todd Wolfe, who planned to head to Syria to join ISIS, will be released May 30.

Indeed, the U.S. Bureau of Prisons has over the past few years released dozens of name-brand terrorists. U.S. officials have no special program to monitor these people or help reintegrate them into a society that may continue to see them as the enemy.

After The Intercept’s “Trial and Terror” series and data project in 2017, which revealed for the first time that more than half of all convicted terrorists since 9/11 had been released, U.S. government officials began to use a new term: “terrorist recidivism.”

In congressional testimony in November 2017, Elaine Duke, then the acting secretary for Homeland Security, told a House committee: “A number of inmates with terrorism affiliations are scheduled for release from U.S. prisons in the next few years. We need to work with the Department of Justice and its Bureau of Prisons, and other interagency partners, to make sure they do not return to violence once released.”

So far, none of the convicted Islamist terrorists released from federal prison have been charged with new terrorism-related offenses or have been alleged to be part of a terrorist plot in the United States. Take the so-called Liberty City Seven: a group, former Attorney General Alberto Gonzales said in a national press conference, that wanted to wage “a full ground war” against the United States. Its alleged members have all been freed; their purported leader, Narseal Batiste, is now a painter in Houston.

Bryant Neal Vinas, who was captured in Pakistan and admitted to firing rockets on U.S. military bases in September 2008, is living in New York, having received a lenient sentence after working with the government as a cooperating witness.

Even Najibullah Zazi, once described by former Attorney General Eric Holder as “one of the most serious terrorist threats to our nation” since 9/11, should be released soon. He was sentenced to 10 years in prison — which he’s already served — after also having worked with the government as an informant.

None of this is to say that the prospect of “terrorist recidivism” isn’t real; it’s just debatable how serious the concern should be about released convicts like Lindh.

The U.S. military helped create a lasting narrative that Lindh was a dangerous terrorist ready to strike at any moment. One of the first photographs the government released showed him naked and blindfolded, tied to a stretcher, his hands bound twice, once with straps and again with plastic restraints.

He accepted a plea deal in 2002, admitting in federal court that he had been a soldier for the Taliban and had trained with Al Qaeda. For much of the past two decades, Lindh has been imprisoned in a Communications Management Unit that restricts access to the outside world. He’ll now begin a three-year term of supervised release.

As with other federal inmates on supervised release, Lindh will be required to check in regularly with probation officers who will monitor his activity. U.S. District Judge T.S. Ellis III, who recently presided over the trial and sentencing of former Trump campaign chair Paul Manafort, also ordered that Lindh not use the internet unsupervised, not read or possess extremist material, and not leave the United States without court approval.

But while Lindh’s communications and movements over the next three years will be constrained, the prospect that he and other released militants may take up arms again, or otherwise reoffend, has become a topic du jour among America’s self-styled terrorism experts.

Last week, both Voice of America and The Atlantic quoted Jesse Morton, an extremist-turned-expert in the pseudoscience of “deradicalization,” on the potential dangers of Lindh’s release.

“I don’t think we have to be worried about him returning to commit an act of violence,” Morton told Voice of America before launching into a conspiracy theory about left-wing American Muslims. “There are other things we need to worry about. For example, his stated intention that he wants to return to preaching, and a growing sort of far leftist, revolutionary, anti-American sentiment inside of a small segment of the American Muslim community that might allow him to have a platform. That would be dangerous.”

Morton, who founded the website RevolutionMuslim.com, was captured in Morocco while trying to make his way to join al-Shabab in Somalia. He later disavowed his jihadi ways, became a government informant, and received leniency in his sentencing. In 2017, he started a supposed nonprofit with Mitch Silber, the former director of intelligence analysis for the New York Police Department. The group aims to monetize the study and rehabilitation of released terrorists, but its success beyond media attention is questionable. The company is registered in Virginia to an Alexandria apartment complex, and IRS records available for public review do not show that Parallel Networks has been granted nonprofit status.

Morton’s claims about released terrorism convicts returning to extremism and violence are based primarily on assumptions. And he’s not alone. In a 2017 document, the National Counterterrorism Center, or NCTC, speculated that released terrorism convicts “will probably reengage in terrorist activity” without providing any evidence for the claim. Instead, the NCTC pointed to overall rates of recidivism: “We have seen high rates of recidivism among those who were incarcerated for non-terrorism related criminal activity, suggesting the likelihood of violent extremist recidivism is also high.”

In point of fact, little data exists about terrorist recidivism. Most convicted terrorists in the United States and Europe with links to Islamist groups have only been released in the last decade, making for a small sample. A 2012 report by the U.S. director of National Intelligence found that recidivism among Guantanamo detainees has trended sharply downward over time.

Morton himself represents a lonely data point on the terrorist recidivism chart. In December 2016, while on early release from prison for his terrorism conviction, Morton was arrested on drug and prostitution charges. That hasn’t stopped his career reboot as a terrorism expert.

Besides, once Lindh finishes supervised release, questions about his possible recidivism could be another nation’s concern. Lindh, who acquired Irish citizenship while in prison, hopes to move to the Emerald Isle.