“When you look at the interest for this in red, blue, and purple states, that is a great mandate for the federal government to do something.” 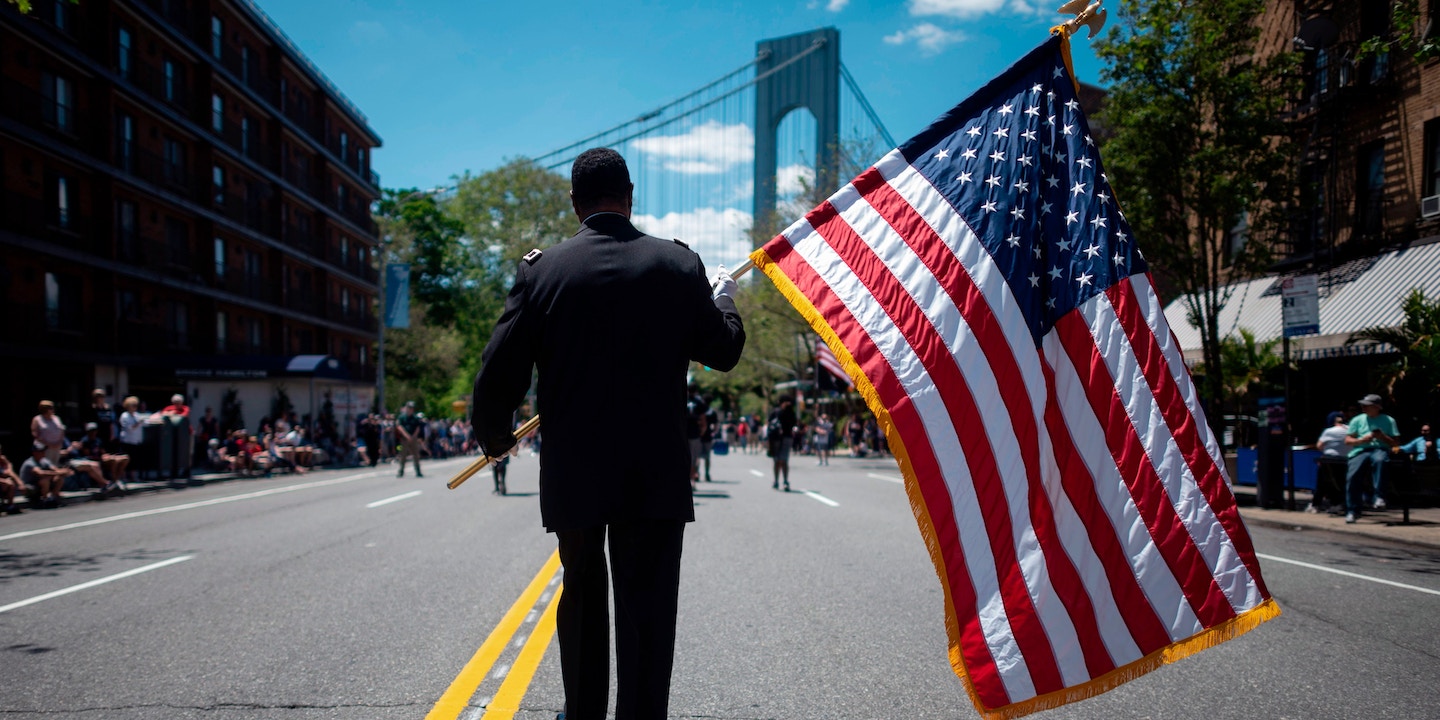 As the country mourned and celebrated Americans who have died in combat over the weekend, state lawmakers from around the country were working on a comprehensive plan to tackle some of the toughest problems facing veterans: suicide, homelessness, access to mental health care and medical care, and access to jobs.

A group of 26 state lawmakers across 11 states is planning to introduce a so-called Veterans Bill of Rights before their respective legislative sessions end or early next session. The impetus, organizers say, is the federal government’s failure to improve the way the country treats and supports people who’ve served in the military — even in the wake of a 2014 scandal at the Department of Veterans Affairs that revealed massive wait times for veterans at VA campuses across the country, false record keeping, and lapses in care.

“When you have seven people so far this year who have committed suicide on a VA campus, you know there’s a problem,” former West Virginia State Sen. Richard Ojeda, a veteran himself, told The Intercept.

Ojeda, who ran for Congress in 2018 and then launched a short-lived presidential campaign, is now a senior adviser to Future Majority, a nonprofit Democratic strategy organization. Ojeda, Future Majority, and Future Now, a state-level political organizing group that developed the model policy for the veterans’ legislation, are working with the lawmakers to ramp up support for the bill and will travel to the 11 states to campaign for the bill over the next several months.

The lawmakers who’ve so far committed to introduce the legislation in their respective statehouses represent districts in South Carolina, Montana, New Hampshire, Michigan, Illinois, Iowa, Georgia, North Carolina, Kentucky, Arizona, and Texas. The groups are actively recruiting lawmakers from additional states and hope that others will sign on as the bill gains momentum.

There is typically bipartisan consensus over veterans issues, though the lawmakers planning to introduce the legislation are overwhelmingly Democrats.

“We believe strongly that the way you move federal policy is by moving state policy,” said Future Now co-founder Daniel Squadron. “When you look at the interest for this in red, blue, and purple states, that is a great mandate for the federal government to do something.”

Over the last couple of years, Congress has weighed measures that would address veterans’ issues, but none have taken direct aim at the problems covered by the Veterans Bill of Rights. Last year, President Donald Trump signed two such measures into law — one that would provide tax benefits to the spouses of service members, and another that would ensure that the VA reimburses veterans for missing or underpaid installments in housing benefits. Other bills, introduced by both Republican and Democratic members of Congress, have floundered in committees.

The state-level legislation was built around a common question Future Now heard from Democratic lawmakers across the country, Squadron told The Intercept: “‘What can we do for vets?’” The bill the group designed in response is aimed at helping veterans access college degrees, jobs, health care, and housing “through proven, low-cost programs and law changes” inspired by conversations with state lawmakers across the country.

The measure would target microloans and technical assistance to veteran-owned businesses, use labor force data to direct veterans to in-demand job fields, and ensure that state licensing boards take veterans’ military training and experience into account.

“Financial instability is something that is throwing a lot of people off the rails and is playing a role in terms of this suicide.”

When soldiers come out of the military, Ojeda explained, and are looking for jobs at home using the skills they used in the armed forces, they should be able to transfer those skills without having to retake licensing exams. “America is not accepting the training and qualifications that our soldiers have to do what they do over in combat zones,” Ojeda said. “And that’s ludicrous. If a person over there is driving tools from one end of Iraq to the other end of Iraq on roads where they’re getting shot at and they’re hoping IEDs don’t go off on them, then believe me, they should be able to drive on American roads,” he said. The bill would also award college credit for military experience and training.

Access to jobs is inextricable from the issue of veteran suicide, Ojeda explained, and the bill seeks to address both problems. “Financial instability is something that is throwing a lot of people off the rails and is playing a role in terms of this suicide,” he said.

The bill would also establish veteran health navigator services to identify federal and other health benefits coverage available for veterans and their families, assisting them with enrolling in coverage. The navigators would help identify mental health benefits as well, directing clients to services for post-traumatic stress disorder, depression, and suicide prevention. It would help to identify barriers to accessing treatment, including perceived stigma and long distances to treatment centers. It would also push states to apply for grants addressing suicide prevention, connecting veterans with mental health providers. In states that haven’t expanded Medicaid, the bill would require reporting on the impact Medicaid expansion would have for veterans in the state.

To address homelessness, the bill would establish a community-wide, comprehensive list of veterans experiencing homelessness, sharing data between state veterans affairs bureaus and VA medical centers. That database would allow state officials to connect homeless veterans to employment and training resources, while pushing for housing first — permanent housing with no readiness requirements.

“One thing that we’re able to do and that we believe in a lot is the power of state lawmakers to step into the breach where the federal government doesn’t,” Squadron told The Intercept.

“We were really excited to be able to work with our national network of lawmakers on a comprehensive solution to a lot of the challenges. And one that is 100 percent within states’ capacity to have an impact on,” Squadron said. “When you look at these solutions, they’re actionable, they’re realistic, they’re doable, but they haven’t happened. Because too often, the only national networks of state lawmakers are those controlled by narrow special interests, not those focused on the public interest, in this case, focused on veterans who have earned it many times over,” he said. “The enthusiasm to really do something, to not just go to a Memorial Day parade and wave the flag, but actually act on the values that are being espoused is really inspiring.”