Hospital Plans to “Use the Transferring of Critically-Ill Premature Infants” to Paint Nurses Union as “Shameless,” Secret Strategy Memo Reveals

In an internal memo, the hospital called the strike duplicitous. Nurses have filed at least 1,500 reports about unsafe conditions for staffers and patients. 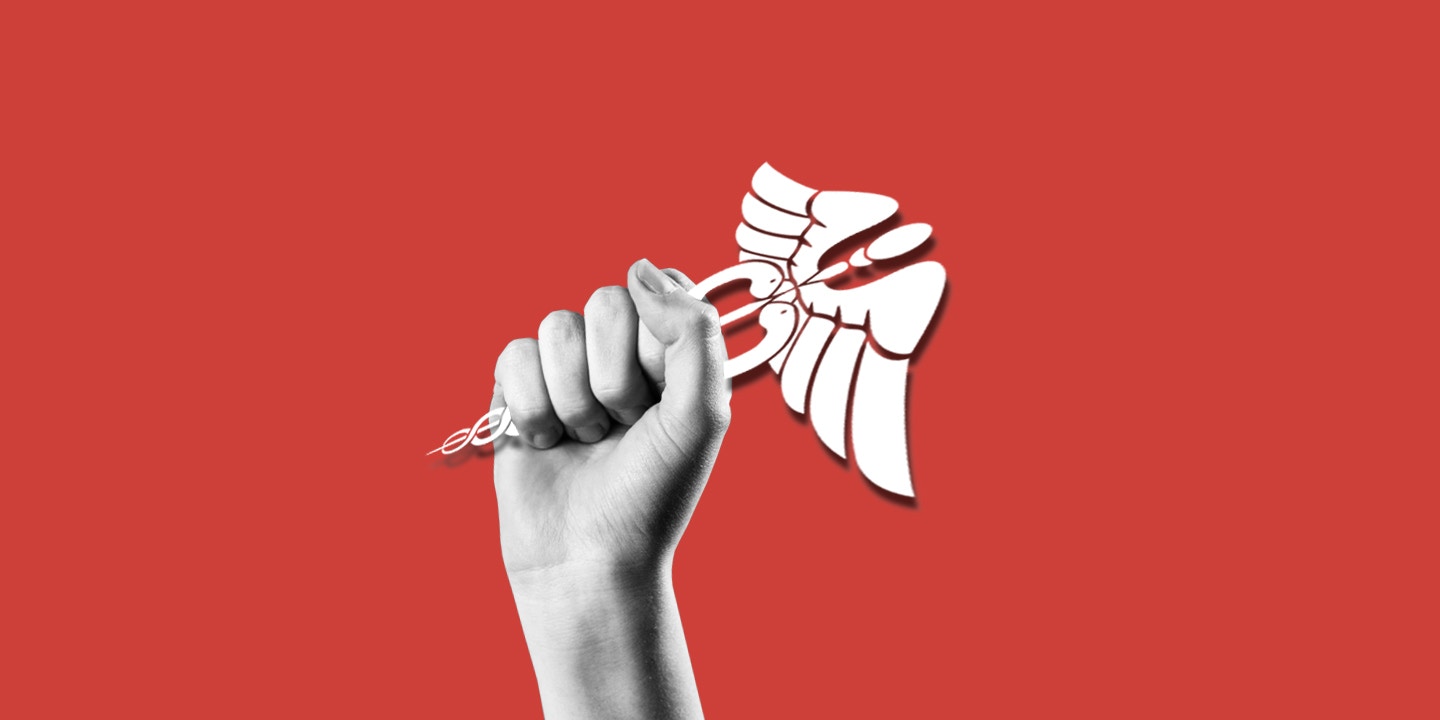 Around 2,300 nurses at the University of Chicago Medical Center are preparing to go on strike Friday, citing issues over short-staffing, unsafe working conditions, and forced overtime. The Medical Center, which is affiliated with a university that has a multibillion-dollar endowment, and which recently undertook an expansion proposed at $269 million, is refusing to negotiate a contract with the nurses, who are represented by National Nurses United.

On September 13, a post on an official-looking site called UCMCnurses.org, which represents the interests of the administration, tried to undermine the union and the strike, and calling a trip by union leaders out of town “shameless behavior.” Later that day, after facing criticism, the Medical Center circulated a communication strategy including a “change in tone” in messaging with union members and talking points that suggest focusing on how the impending one-day strike is already affecting patients. There are three bullet points listed: “Transfer of critically ill infants,” “Drastically decreased access to care for the South Side of Chicago,” and “Cancelling of surgeries and procedures.”

The Medical Center has already begun moving babies and children in intensive care to other hospitals. According to the internal memo obtained by The Intercept, the hospital administration is urging management to talk to nurses. “Manager are the ones with the individual relationships with frontline nurses and need to not shy away from difficult conversations but need to help the nurses understand the organization’s perspective,” reads one bullet point under “Leadership Action Plan & Talking Points/Q&A.”

“Use the transferring of critically-ill premature infants as the ‘shameless’ example,” the memo then suggests.

The internal document above was circulated in management. Debi, in the memo, is Debra Albert, chief nursing officer and senior vice president of patient care services at University of Chicago Medicine.

Marti Smith, midwest director of the National Nurses Organizing Committee/National Nurses United, agrees it’s unfortunate that the hospital has to move critically ill patients elsewhere, but said that the patient transfers are the result of management’s refusal to sit down and address their staffers’ concerns. “Nobody wants to leave their patients,” Smith said. “Managers can certainly avert a strike if they address this issue with us.”

The union’s contract expired in April. Negotiations broke down late Wednesday, so the nurses are officially set to strike on Friday morning. The last time they tried to strike in 2015, they reached an agreement with management shortly before the planned labor action.

Since January 2017, nurses at the University of Chicago Medical Center have filed at least 1,500 reports to management about unsafe conditions related to staffing. Nurses say the hospital demands they work outside their field of expertise, instead of hiring more nurses. They also say that staffers are forced to work overtime after completing 12-hour shifts, which increases the risk to patient safety.

Though the hospital highlights access to care for the South Side in its talking points, the university previously faced backlash for neglecting the health care needs of the community. In 2015, the university reopened the adult trauma care unit at its medical center, following years of protests sparked by the death of 18-year-old organizer Damian Turner. The youth activist was shot just blocks away from the medical center but, due to protocol, was taken nearly nine miles away to Northwestern Memorial Hospital.

More than 5,500 nurses at hospitals in Arizona, California, and Florida, intend to join the University of Chicago Medical Center nurses and strike on September 20, according to National Nurses United. Though the strike is only supposed to last a day, the hospital is aiming to replace the nurses for five days, locking staffers out.

Another talking point listed in the memo suggests managers “really need to reinforce” the “duplicity” of “saying you want staffing ratios to ensure patients are safe,” while calling for a strike at the same time as dozens of other hospitals across the country to “decrease the number of replacement nurses available.”

“They could relatively easily get enough staff between their management team and a few agency nurses to run the hospital for the day — they just choose to lock the nurses out for five days.”

The University of Chicago Medical Center did not return a request for comment.

Earlier this week, a coalition of unions representing more than 80,000 nurses and medical workers at Kaiser Permanente announced they will be walking out in October in what is poised to be the nation’s biggest strike since 1997. They cite issues of staffing, worker safety, wages, and benefits.