In an interview with The Intercept’s Mehdi Hasan, Rep. Ilhan Omar said Facebook CEO Mark Zuckerberg helped place a target on her back. 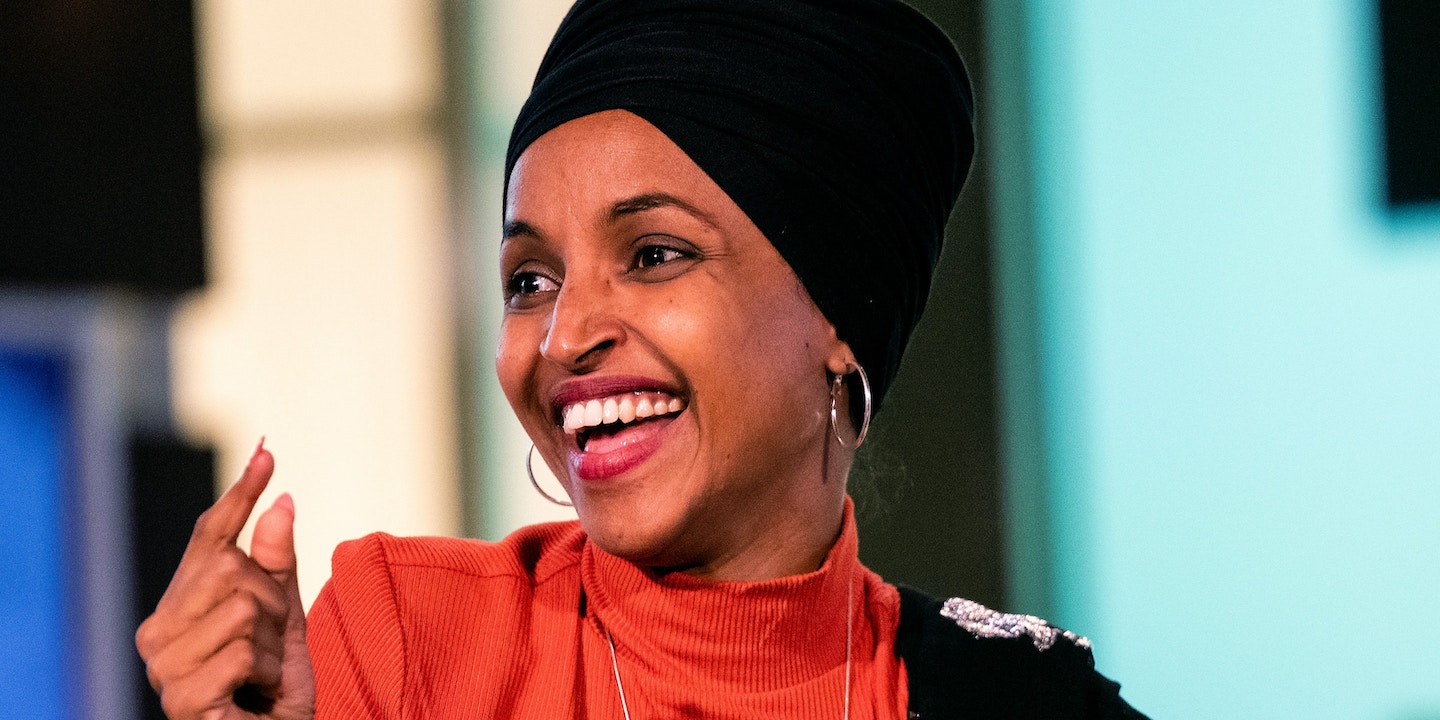 A little over a year ago, the last time then-congressional candidate Ilhan Omar appeared as a guest on The Intercept’s Deconstructed podcast with Mehdi Hasan, she was skeptical that Sen. Bernie Sanders should make a second run for president, instead identifying more closely with Massachusetts Sen. Elizabeth Warren.

Asked last year if she thought Sanders should run for president, Omar said, “I actually believe that ship might have sailed.” She would, however, have been excited about a Warren candidacy, she said, explaining that she’d “always thought of [herself] as part of the Warren wing of the party.”

But Omar’s views have evolved over the past 12 months. She endorsed the independent senator from Vermont last week, and she explained her decision Wednesday night during a live taping of Deconstructed at George Washington University in Washington, D.C.

Asked whether she meant that Warren had switched things around, Omar said, “For me.”

Most Democrats, she said, belong to the “Warren wing” of the party. “I mean it’s the one thing that everybody accuses us of. We think we’re the smartest in the room. We are very policy-oriented. We care about the details. And there is that aspect of Warren that is exciting. She has a plan for everything,” Omar said. “But there is, I think, an expansion of what universal values are, and how we should be thinking about what kind of revolutionary ideas this country needs in order for these structural changes that Warren talks about to be implemented. And that person who will carry that out is Bernie.”

Later, in response to an audience question, Omar said that some of her Republican colleagues in the House of Representatives should have faced disciplinary action, or possibly arrest, for their disruption of a hearing related to the impeachment inquiry into President Donald Trump. “It is obnoxious to me that none of them were arrested or are going to find themselves in trouble for the security breach that they had,” she said, referring to a Wednesday afternoon incident when more than 20 House Republicans stormed a secure, restricted room in the House basement where Democrats were set to hear testimony from Deputy Assistant Defense Secretary Laura Taylor, a Pentagon official overseeing Ukraine. The congressmen, led by Florida Republican Rep. Matt Gaetz, bombarded the Sensitive Compartmented Information Facility, or SCIF. They claimed they were protesting the fact that Republicans are being pushed out of the impeachment process, but in reality, 12 of them sit on committees involved in the ongoing inquiry, meaning they were allowed to attend the depositions held in the SCIF this week.

Omar also blasted Trump, who had dinner with several of the members on Tuesday night, for his involvement in disrupting the impeachment inquiry. “He had dinner with them last night and chastised them about how they’d didn’t have his back. And you’ve had these grown men who are sworn to uphold the Constitution barge in, obstructing a process that is mandated by our Constitution,” she said.

Since she was elected to Congress last November, Omar has been singled out for attacks by conservatives ranging from TV pundits to the president of the United States. She has received credible death threats and faces continuous online harassment. On Wednesday night, she said both the president and Facebook CEO Mark Zuckerberg, whose platform has been scrutinized for enabling hate speech and threats of violence to proliferate, were partially responsible.

“At the end of the day, it’s also a very serious issue, in the sense that people have been arrested who are trying to kill you. Just this week, North Dakota state’s Republican senator put out a fake image of you at [an] Al Qaeda training camp,” Hasan said. “And you pointed out in a tweet in response, you said that this is stirring up hate and violence. You said Facebook are not doing anything about this.”

Did Omar think that Trump and Zuckerberg had helped people put a target on Omar’s back, Hasan asked. “Yes and yes,” she said.

“We have done everything that we can to engage them in a conversation about how they’re putting my life in danger and the lives of people who share my identities,” Omar said. “Right, when they describe me as a terrorist, every single Somali girl or Muslim girl that’s walking down the street that resembles me, her life is also in danger.”