Bloomberg isn’t accepting donations — corporate or otherwise. But many of his staff and advisers have worked as prominent consultants and lobbyists for corporate interests. 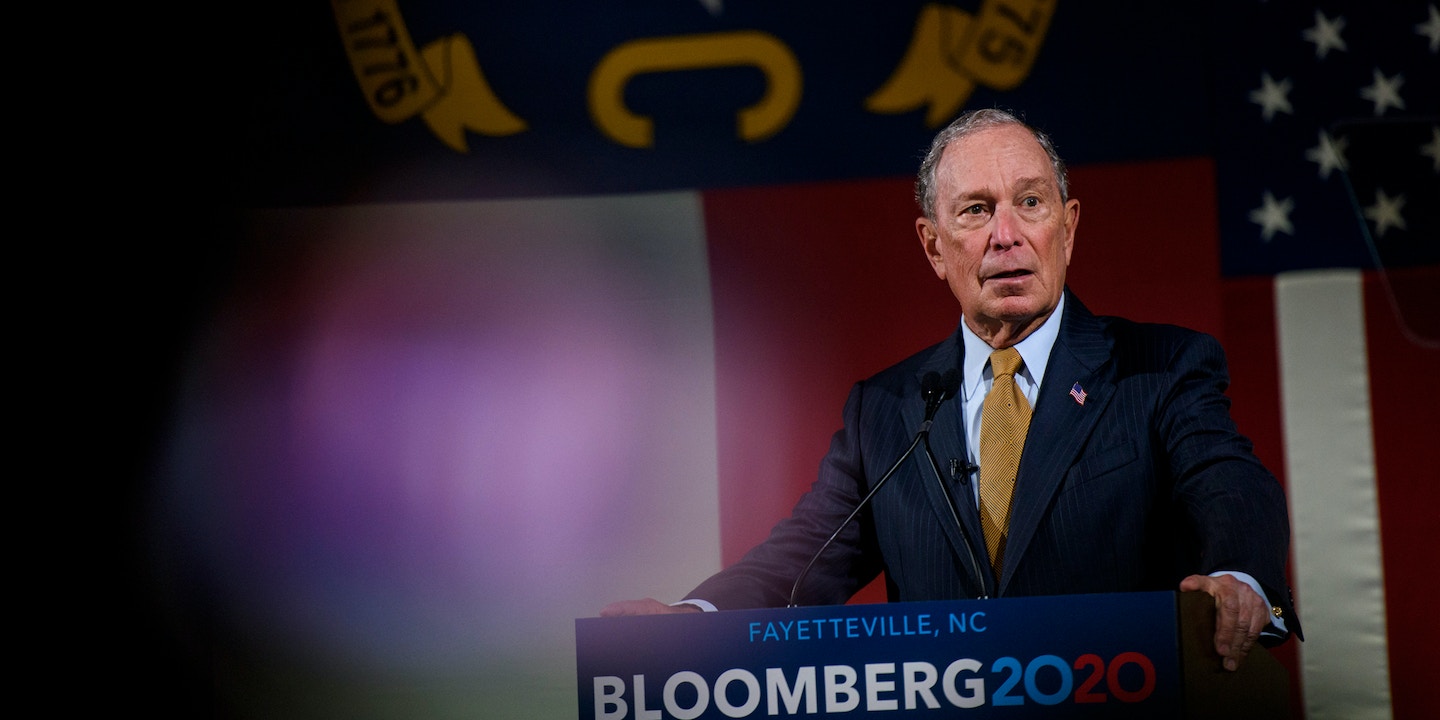 Mike Bloomberg, whose pitch to Democratic voters is that he remains untouched by special interests, has invited a team of special-influence peddlers to manage his campaign.

The technology and media executive, and former New York City mayor has made ethics a central part of his message, claiming that his decision to rely only on his own $53 billion fortune to finance his campaign makes him uniquely incorruptible. But in his bid for the presidency, Bloomberg has retained a circle of staff and advisers who have a long history of working as consultants and lobbyists for corporate interests.

Bloomberg spokesperson Stu Loeser, before joining the campaign, was retained by Purdue Pharma, makers of OxyContin, to combat widespread criticism that the company had fueled the opioid addiction crisis. Mitch Stewart, the campaign’s senior adviser on campaign strategy, runs a firm called 270 Strategies, which has provided lobbying and consulting work for a number of corporate clients, including the Coalition for Investor Choice, a group seeking carve-outs from financial regulations passed under the Obama administration. Stewart’s firm previously courted controversy when it created an anonymously funded group to lobby Democrats in support of the Trans-Pacific Partnership.

Bradley Tusk, an adviser to Bloomberg’s campaign and his former mayoral campaign manager, previously worked as a lobbyist for Uber, helping the ride-hailing company beat back New York limits on for-hire vehicles. He later worked to win passage of laws in seven states designed to exempt gig-economy workers from labor rights such as minimum wage and the right to organize a union. Tusk Strategies, his consulting firm, is currently registered to represent the Police Benevolent Association of the City of New York, the powerful police union; internet payday loan provider MoneyLion; and Bird Rides, among other clients.

Reached for comment, the campaign pointed to campaign finance reforms supported by the former mayor and noted that Tusk is not directly employed by the campaign.

“Mike’s record of independence and standing up to special interests couldn’t be more clear,” wrote Julie Wood, a spokesperson for the Bloomberg campaign, in a statement to The Intercept. “He’s never taken a dime in campaign contributions and won’t now.”

In a blitz of campaign advertisements unprecedented in scale, the Bloomberg campaign has touted the former New York City mayor as above outside influence.

“Mike Bloomberg has never taken a dime from special interests because as New York’s three-term mayor, he’s always worked for the people’s interest,” says the narrator of one recent advertisement. “He won’t be accepting a single donation during this campaign. Not one. Because the only people he intends to owe anything to are the voters.”

Bloomberg’s campaign has also delivered the message repeatedly to reporters. “He has never taken a political contribution in his life. He is not about to start,” Howard Wolfson, a senior Bloomberg strategist, told the Associated Press in November. “He cannot be bought.”

How Bloomberg’s loyalists may influence his administration is unclear. As mayor, Bloomberg was known not only for rewarding his campaign consultants with six-figure bonuses, but also with plum positions within government.