Biden remains older voters’ top choice, but Sen. Bernie Sanders is slowly earning more of their support in a number of new polls. 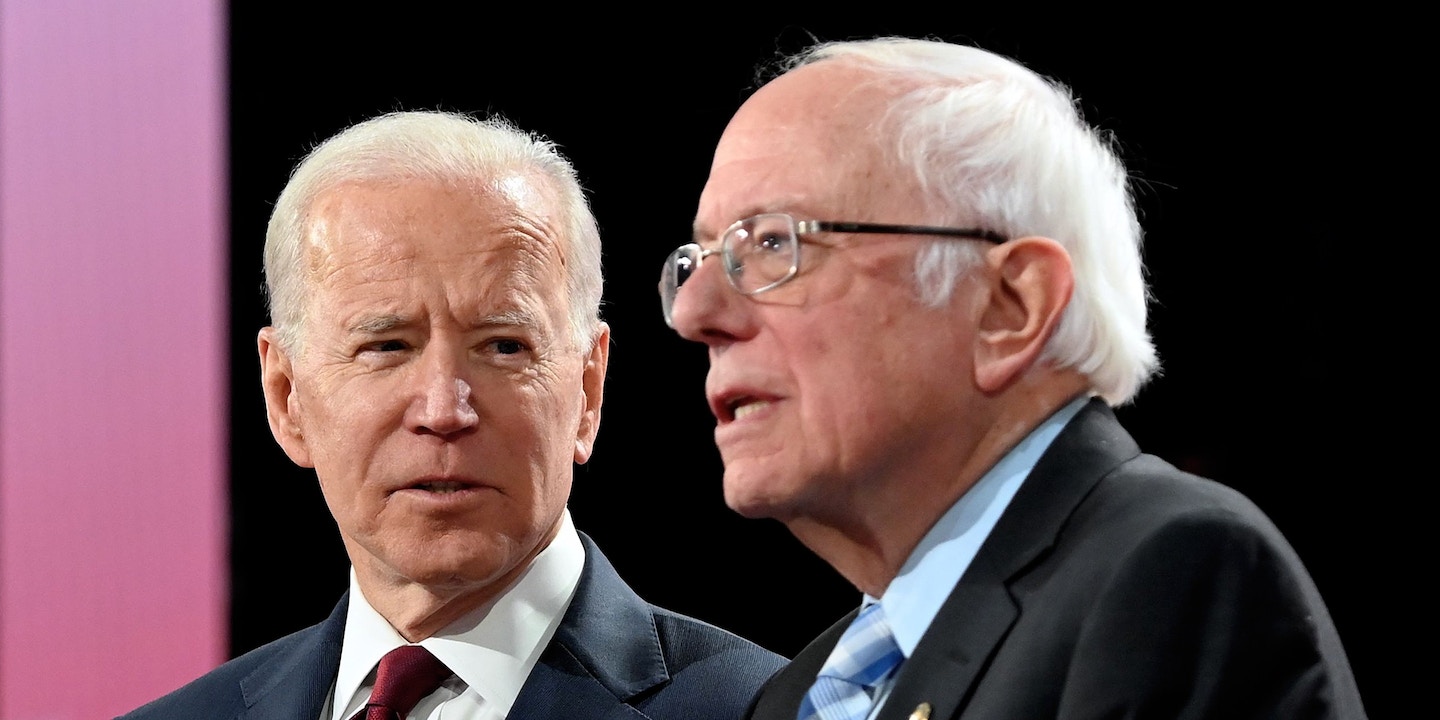 Amid an ongoing debate over Joe Biden’s record on Social Security, the former vice president’s support among middle-aged and older Americans is eroding, as his chief rival, Sen. Bernie Sanders, is seeing the first gains among this demographic since he announced his run for president, according to a review of six recently released surveys.

Voters over the age of 65 have long formed the bulk of Biden’s support, while he has done poorly with voters under the age of 30, who lean toward Sanders and Sen. Elizabeth Warren.

Though Biden continues to be older voters’ candidate of choice, that support is beginning to wane. The most recent Siena College/New York Times survey of likely Iowa caucus-goers found a 17-point swing away from Biden and toward Sanders among those age 45 to 64. Emerson’s survey, meanwhile, found an 11-point swing among voters over 50. The new Fox poll found a 10-point swing nationally to Sanders among voters over 45, and the Monmouth survey found a swing of 9 among voters over 50. WBUR, in New Hampshire, found a 5-point swing toward Sanders with voters over 50 there. A new poll in California, by the LA Times and the University of California, Berkeley, found Biden flat at 22 percent among those 65 and up, but Sanders jumped from 6 to 14 percent since December.

In each individual survey, the sample sizes in such subgroups are small and unreliable, but the consistency and extent of the swings suggests that pollsters are catching something real. The Social Security conversation — in which Biden has repeatedly lied and said that he did not support cuts to the program, despite years of evidence to the contrary — has been so damaging to Biden that his allies in Iowa urged him to move past it at the end of last week. But Biden continued the feud in an interview in New Hampshire this weekend. The New York Times weighed in on Sunday, dubbing Biden’s Social Security claims “false.”

In the Sienna/Times survey, Biden dropped 13 points with voters aged 45 to 64, down to 14 percent from 27 in October. Sanders, meanwhile, climbed from 17 to 21 percent among that age group. Biden, in the poll, remained the most popular candidate among voters over 65, with 31 percent in October and 32 percent this month. Sanders, though, has gained 4 points since October, now with support from 9 percent of voters over 65, while Warren dropped from 13 to 8 percent. (Sen. Amy Klobuchar rose from 8 percent to 13 percent.)

Biden saw a slight drop among likely Iowa caucus-goers over 50 in an Emerson poll released Sunday, dropping to 32 percent from 36 in the same poll in December. Sanders jumped to 18 percent from 11 last month. It was the first Emerson poll in which Biden wasn’t in the lead overall, dropping among all respondents from 23 to 21 percent since last month. Sanders led the field overall at 30 percent, adding 8 points since December.

The recent survey results come as Biden faces continued scrutiny over his 40-plus-year record, particularly on a recently resurfaced 1995 video of the then-senator boasting about his efforts to cut Social Security. Majorities across every age demographic surveyed in a Pew poll from March said no cuts should be made to Social Security benefits in the future, including 81 percent of 50- to 64-year-olds and 79 percent of respondents over age 65. President Donald Trump’s 2020 budget proposal includes $25 billion in cuts to the program over the next 10 years.

The former vice president has continuously misled voters and the press about his record on Social Security, repeating last week the claim that he never proposed freezing the program.

At Iowa’s Black and Brown Forum last week, Vice News reporter Antonia Hylton asked Biden if he thought that it was “fair for voters to question your commitment to Social Security when in the past you proposed a freeze to it?”

“No, I didn’t propose a freeze,” Biden said. “You did,” Hylton replied.

In a 1995 speech on the Senate floor, Biden told his colleagues, “When I argued we should freeze federal spending, I meant Social Security as well. I meant Medicare and Medicaid. I meant veterans’ benefits. I meant every single solitary thing in the government. And I not only tried it once, I tried it twice, I tried it a third time, and I tried it a fourth time.” In 2011, Biden led bipartisan negotiations in which he proposed Social Security cuts. The panel of lawmakers was called the Biden Committee.

Sanders last week released an ad hitting Biden on his 1995 comments, tweeting, “One of us fought for decades to cut Social Security, and one of us didn’t. But don’t take it from me. Take it from you.” Warren told Politico earlier this month after a candidate forum in Iowa that “Biden had a very different position on Social Security” as a senator, “and I think everyone’s records on Social Security are important in this election.”

Let’s be honest, Joe. One of us fought for decades to cut Social Security, and one of us didn’t. But don’t take it from me. Take it from you. pic.twitter.com/qh7qb1Hmcl

In an interview Saturday with New Hampshire’s WMUR, Biden brushed off a question on his past positions on Social Security, saying “that was 20 years ago” in “the context of a gigantic piece of legislation,” and that his position “hasn’t changed.” Biden said he wouldn’t “attack Bernie” but that the Vermont senator “hasn’t even been consistent on Social Security.”

Sanders is leading in a number of other early-primary states, according to other recent polls, both among older voters and the general electorate. He’s ahead of Biden by 1 point among Iowa voters, according to a CBS poll released Sunday, gaining 3 points from the same poll on January 5, and Biden gaining 2. In a WBUR poll, 26 percent of women over age 50 likely to vote in the New Hampshire primary back Sanders, up 17 points from December. Biden dropped 8 points, to 17 percent. Sanders saw big gains with men 50 and older too, jumping 11 points from December to 16 percent. Biden gained 5 points at 22 percent.

Voters age 65 and older are expected to make up close to a quarter of the 2020 electorate, according to Pew Research Center, the highest share since 1970. They will likely play an important role in the February 3 Iowa caucuses: While younger voters in the Siena/Times poll were more likely to say they would participate in the Democratic caucus, 85 percent of respondents over the age of 65 voted in 2018, compared to 58 percent of 18-to-29-year-old Democrats.