SEAL Commander Who Clashed With Trump to Leave Early

Rear Adm. Collin Green had publicly told his force that the SEALs had a “problem” and that some members of the unit were “ethically misaligned.” 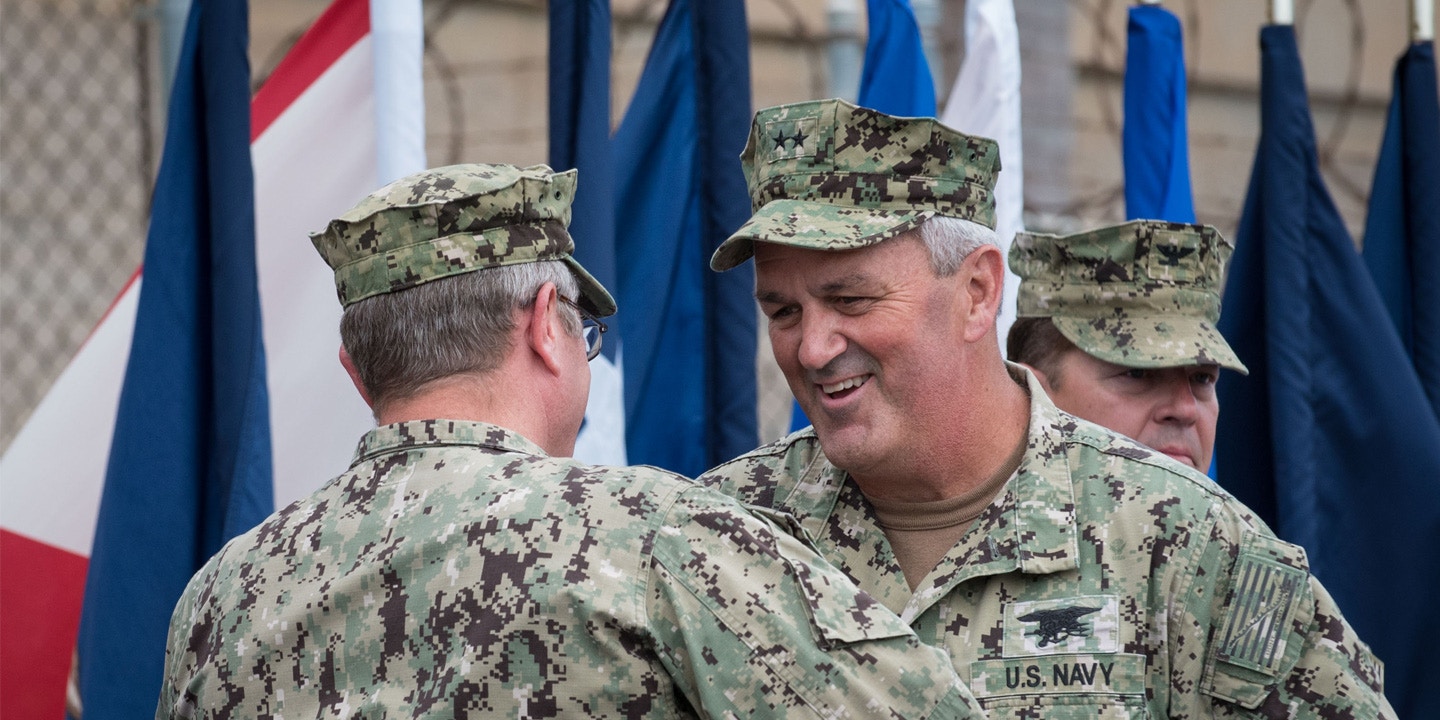 The commander of the Navy SEALs who found himself at odds with President Donald Trump over disciplining a notorious member of his force has informed the Navy that he will step down a year early, according to three people familiar with the decision.

Rear Adm. Collin Green, commander of the Naval Special Warfare Command, will leave his post in September, two of the people familiar with his decision said.

Green was widely viewed as a reformer who was willing to hold his command accountable. His departure follows two years during which he sought to repair the vaunted military unit’s image after a slew of criminal charges against SEALs, including war crimes, murder, drug use, and sexual assault. Green had publicly told his force that the SEALs had a “problem” and that some members of the unit were “ethically misaligned.”

Green’s departure is unusual in part because it comes as his current tour length of two years is being extended to three, meaning he has effectively declined a final year in the job and won’t seek a third star.

He will likely be replaced by another two-star SEAL admiral, H. Wyman Howard III, a former commander of SEAL Team 6, according to two people familiar with the Navy’s pick. Howard is currently in command of Special Operations Command Central.

Howard has his own questionable past. When he was a squadron commander at SEAL Team 6, Howard solicited donations to procure expensive, hand-made hatchets for his operators, and encouraged them to “bloody the hatchet” on operations in Iraq and Afghanistan, The Intercept previously reported. Later, SEAL Team 6 commanders received internal reports that Howard’s men were using the hatchets to hack dead and dying militants. SEAL Team 6 did not conduct any investigations based on the allegations.

A spokesperson for Naval Special Warfare directed questions about personnel changes to the Pentagon.

Green led the command of roughly 3,000 SEALs, which includes the Naval Special Warfare Development Group, best known as SEAL Team 6, during a period of unprecedented public controversy. Green faced calls from the Navy and Congress to address the ethical and legal troubles plaguing the SEALs. He has said that the stress from his reform efforts, as well as personal issues, have taken a toll, according to two people who have spoken with him in recent months.

His most recent effort to bring what the Navy refers to as “good order and discipline” to his unit failed after he sought to expel Chief Petty Officer Edward Gallagher, who had been charged with murdering an unarmed ISIS detainee during a 2017 deployment in Iraq. Gallagher was acquitted of that charge and several others, but convicted of a relatively minor charge for posing for a photo with the fighter’s dead body.

Trump took an interest in Gallagher’s case after seeing his story on Fox News. After the Navy confined Gallagher pending his court martial, Trump had him released and tweeted his support for Gallagher. When Gallagher’s rank was reduced as part of his conviction, Trump reinstated it.

After the court martial, Green signaled that he would allow a discipline review board, an internal nonjudicial process conducted by Gallagher’s senior enlisted peers, to hold Gallagher and others who posed with the dead ISIS detainee accountable. The review board could have stripped Gallagher of his SEAL trident pin, the emblem that signifies his membership in the Navy SEAL community.

But Gallagher’s supporters viewed Green’s effort as an attempt to smear the convicted SEAL, who was planning to retire after the case and the public uproar it generated effectively ended his 20-year-career in the Navy. In a humiliating defeat for Green, Trump overruled him, demanding that the review be halted and that Gallagher be allowed to retire with his trident pin.

Gallagher has since posted pictures on social media of himself and his wife with Trump at Mar-a-Lago and started a clothing line. He also recently posted a video that included the photos, names, and current military assignments of the SEALs in his platoon who testified against him at his court martial.

Last year, after an entire platoon from SEAL Team 7 was sent home from a deployment in Iraq amid allegations of sexual assault and alcohol abuse, Green fired the commanding officer, his senior enlisted, and the executive officer. The move was almost unprecedented. Some in the SEAL community applauded the decision, but two of the SEALs who were relieved of duty later filed an inspector general complaint alleging that Green had made them scapegoats after Gallagher was acquitted of war crimes.