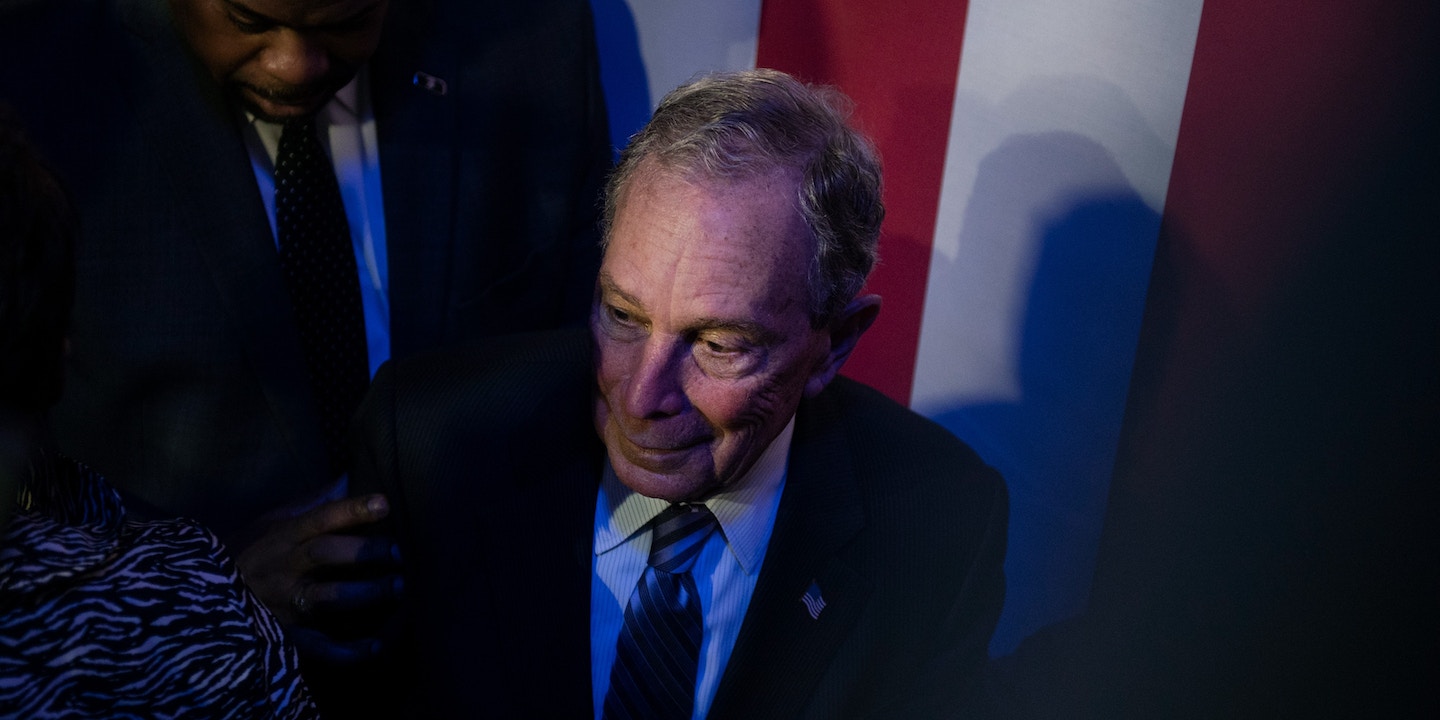 Billionaire Mike Bloomberg’s presidential campaign is planning to release a higher education plan on Tuesday that pledges to make community college free, increase subsidies for low-income students, and end the practice of legacy admissions — but falls far short of what much of the Democratic pack has so far laid out on the campaign trail.

The plan also goes backward in some places and would also slash the benefits borrowers receive under an income-driven student loan repayment program, capping the amount that can be forgiven after 20 years for people in income-driven repayment plans. Currently, there is no cap.

The plan also includes an apprenticeship proposal that is geared to the private industry, which is likely to anger union leaders.

The Bloomberg plan is scheduled for public release at 9 a.m. on Tuesday but was leaked to a rival campaign by multiple Bloomberg staffers, which then provided it to The Intercept. (Bloomberg may be able to hire thousands of party operatives, but he apparently can’t buy all of their loyalty.)

The Bloomberg forgiveness provision, instead of wiping out all remaining federal student loans after 20 years of income-driven repayments, as is current law, would cap the amount that would qualify for forgiveness at $57,000. This would leave many borrowers in income-driven repayment plans with just as much debt or more than what they first started with. Though his plan also reduces the monthly repayment amount to 5 percent of discretionary income, down from the current 10 percent, it’s still significantly less generous than current law to a significant portion of the estimated 8 million borrowers who rely on income-based repayment plans to pay off their student loans.

Out of the current Democratic primary field, only Sens. Bernie Sanders and Elizabeth Warren are proposing to eliminate student loan debt, which currently burdens more than 44 million Americans. Sanders’s universal plan goes the furthest on the issue, vowing to cancel every last dollar of student debt. Warren’s means-tested plan, meanwhile, would offer no debt forgiveness for those making more than $250,000 a year and would cap the amount forgiven at $50,000 per person, regardless of income. Warren has pledged to implement her plan by executive action, which wouldn’t require congressional approval.

Another plank of the oligarch’s higher education plan commits to tripling direct federal Title III funding to historically black colleges and universities, Hispanic-serving institutions, and other minority-serving institutions. But that increase amounts to just $7.5 billion over 10 years, while former Vice President Joe Biden, for instance, has proposed $70 billion in that sort of funding, and Sanders has pushed for $50 billion.

Despite the promise of additional funds, Bloomberg’s plan may rankle HBCUs. When the Obama administration made a similar proposal around free community college, HBCU leaders warned that the alternative would likely be taken by a substantial number of students who’d otherwise have gone to an HBCU, devastating enrollment. Biden’s plan covers community college or provides full grants for two years at an HBCU or equivalent HSI.

The most Bloombergian element of the plan, however, involves the former mayor’s focus on pushing colleges and universities to meld their curriculum with various industries’ workforce needs and envisions a close pairing of college with corporate training and internships. As the plan lays out:

Corporations over the previous decades have essentially ended their efforts at workforce development, pawning that off on workers. Instead of offering higher wages to encourage an increase in the supply of labor in particular fields, companies have instead complained about a “skills gap” and pushed for the federal government to subsidize training programs and even the wages of workers. Bloomberg’s plan sympathizes with those companies.