Lulu Seikaly, who ran largely outside the party apparatus, will face Sean McCaffity in a runoff on May 26. 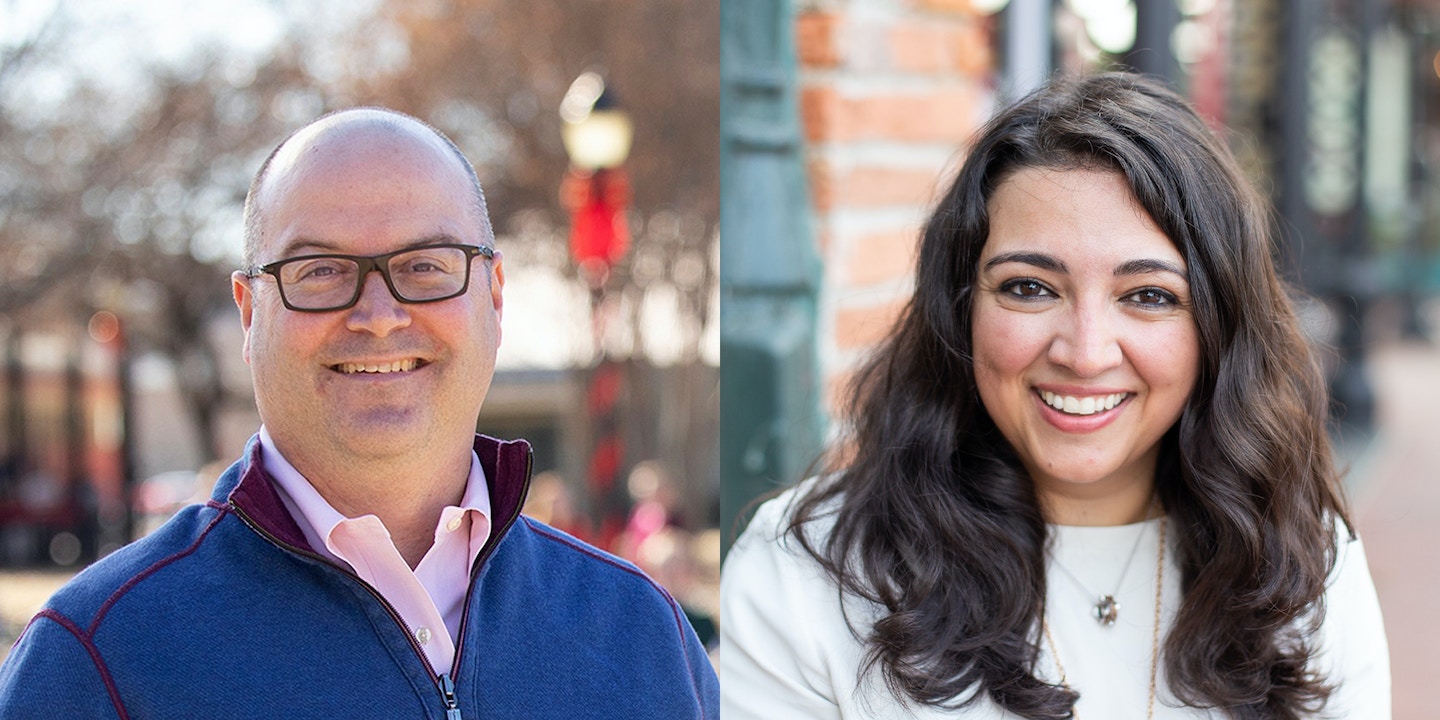 In Texas’s 3rd Congressional District, a steadily diversifying Republican district that Democrats are hoping to flip this year, employment attorney Lulu Seikaly and trial attorney Sean McCaffity are headed to a runoff on May 26. The winner of that election will face incumbent GOP Rep. Van Taylor on November 3.

The district, which covers the suburbs north of Dallas and a large swath of Collin County leans 12 points Republican, but Democrats think they can harness the state’s flourishing progressive energy to flip the seat. In Texas, if no candidate garners 50 percent of the vote, the top two candidates face off in a runoff election. On Tuesday, with 84 percent reporting, Seikaly and McCaffity were in a virtual tie, with 44.4 and 44.5 percent of the vote, respectively. Seikaly, who would be the first Arab American congresswoman from Texas, made it this far despite running largely outside the party apparatus — signaling that a new brand of candidates is becoming viable in the state.

The Texas AFL-CIO in January announced a joint endorsement of both Seikaly and McCaffity. Seikaly has the backing of the Stonewall Democrats of Dallas, Democrats with Disabilities, and the Dallas Morning News.

An upset by Seikaly would signal that a new brand of candidates are becoming viable in Texas, even as the two candidates, on paper, are similar.

The seat has been GOP-controlled for years, but the district has been trending leftward as it has grown more diverse (more than 30 percent of the district is South Asian and Arab). Taylor’s 2018 opponent came within 10 points of beating him, making a significant dent in the 26-point gulf between his predecessor and the Democratic candidate in the 2016 election. The district went 64-34 for former Republican presidential candidate and current Utah Sen. Mitt Romney in 2012, and 55-41 for President Donald Trump in 2016. Republican Sen. Ted Cruz only won reelection in 2018 against former Rep. Beto O’Rourke by 51 to 48 points. O’Rourke got 46.5 percent of the vote in Collin County, the most any Democrat has won in the county since 1968, the Red Ledger reported. The district is also the most highly educated one in the country currently held by a Republican — the kind of suburban district that has been trending Democratic across the country.

The average voter in the district is 37 years old. Thirty percent of the eligible voting population has never been targeted by Democrats. That’s likely because they are classified as white, a demographic that the party doesn’t typically expend major resources targeting in races for relatively safe red seats. The Seikaly campaign’s efforts focused on reaching out to the district’s diverse residents, who had been largely ignored by the party, in an effort to build on the new kind of progressivism that made a case for itself in O’Rourke’s historic race.

Seikaly is the daughter of parents who fled Lebanon’s civil war and is running to be Texas’s first Arab American congresswoman. As is not infrequently the case in swing districts, neither candidate embraced Medicare for All or a Green New Deal, and both campaigned against privatization of public schools, a more humane immigration policy, and gun control. Seikaly, who was encouraged to run by Texas progressive activist and 2018 congressional candidate Lillian Salerno, distinguishes herself as a working Texan and managed a full-time job and student loan debt while fundraising for her campaign.

While Taylor tries to pitch himself as a less ideological conservative who is more willing to engage with Democrats across the aisle, his opponents note that he has still voted in line with Trump 96 percent of the time.