Author and labor organizer Jane McAlevey on why winning on climate in the 2020 election means changing how we talk about the clean economy. The 2020 election is the first presidential race with climate at its center. Throughout the Democratic primary, the potential loss of good construction and fossil fuel industry jobs has helped prevent moderate Democratic candidates, including frontrunner Joe Biden, from taking policy positions that would aggressively confront the fossil fuel industry and the climate crisis. Whoever opposes Donald Trump in the general election will face a politics of climate denial built on an empty but alluring promise of job security in the oil, gas, and coal industries. Jane McAlevey, a senior policy fellow at the University of California Berkeley’s Labor Center, argues that the climate and labor movements have not done the hard work required to convince beaten-down U.S. workers that they can have the same quality of life offered by the fossil fuel industry in a clean economy. Her most recent book, “A Collective Bargain: Unions, Organizing, and the Fight for Democracy,” was published in January.

McAlevey spoke to The Intercept about her work; the interview has been edited for length and clarity.

In the Nevada Democratic debate, moderator Chuck Todd quoted a Pennsylvania labor leader who said, “If we end up with a Democratic candidate that supports a fracking ban, I’m going to tell my members that they either don’t vote or vote for the other guy.”

“What do you tell those workers?” the moderator asked. Bernie Sanders responded by referring first to climate scientists’ dire projections, then added that his policies will create 20 million good-paying jobs. Elizabeth Warren said that we can have a Green New Deal and create infrastructure jobs tomorrow, then spoke of fossil fuel donations corrupting politics. Do you think these answers were sufficient?

I remember that moment in the debate so well. They really didn’t nail it. I was hoping that the first things out of their mouths would have been to guarantee that every worker in the fossil fuel economy holds onto the standard they have, as we raise millions more into standards like that, by putting a front-line priority on unionizing the jobs in the clean economy.

In the early 1970s, we started to move all the unionized jobs out of the U.S. As the capitalists are shifting the American dream jobs out of the U.S., they do a containment strategy. They create this union-busting consultant industry, and the capitalist class says, “We’re not going to allow the emerging sector, the service sector, to get unionized the way we allowed the manufacturing sector to get unionized.”

So when people talk about, “Oh we’re going to create this next new economy,” what do workers hear? “We’re going to lose all these good jobs, and we’re never going to have a union again,” because that’s the lived experience in this country.

What do you think organizers should be doing right now to make sure a climate-friendly platform can win in a presidential race where Trump will argue that ending fossil fuel investment means lost jobs?

The candidates themselves and all of their surrogates have to get better at the core message I’m describing. You have to get ahead of your opposition by saying all of the things they’re going to say, and then walk people through why it’s a lie.

So if I’m the candidate on stage, I’m going to lead by saying, “I understand that in the United States the same corporations that have been destroying the planet have collaborated to make it so that most American workers no longer have good, unionized jobs.” You lead by inoculating, by saying, “I understand that when I talk about the transition to a clean economy, it seems really hard to believe for most American workers, for most ordinary people, because it’s not their lived experience.” Lead with that, and then offer a credible plan for how it’s going to be different. 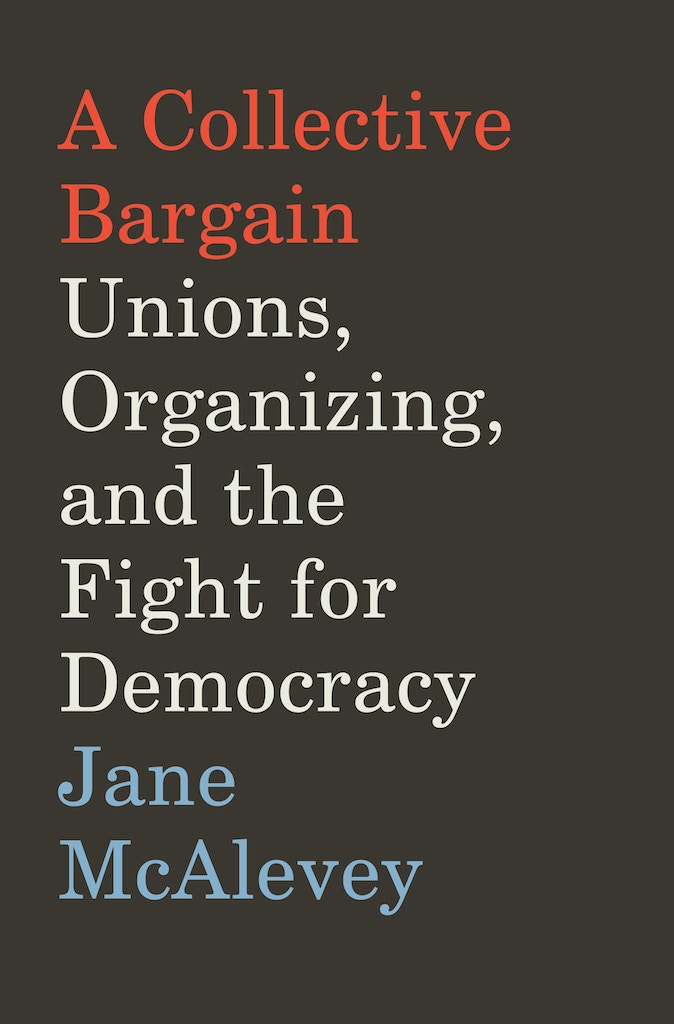 You’ve said that “progressive environmentalists have yet to prove they can move from rhetoric to reality about good, unionized green jobs.” How do we get there?

Part of having a credible plan to win means I can walk workers through examples of when workers like them took the following six steps, it met the expectation of what they’re hoping for. So part of the problem right now is that there’s very few examples of being able to say that. If I was doing this work, I would have to reach into Denmark to talk about where workers transitioned well. The New York wind deal got us a hell of a lot closer to having a real example.

Can you talk me through the New York wind deal and why it’s so key?

In New York, the unions won a far-reaching climate agreement to shift half of New York State’s total energy needs to wind power by 2035. They did it by moving billions of subsidies away from fossil fuels and into a union jobs guarantee known as a project labor agreement. When I interviewed a bunch of the key trade union players, I said, “At the end of the day, how did the environmental movement help get to the victory in the state legislature?” And they said, “Well, they didn’t.”

The context for the opening in New York was Hurricane Sandy. A lot of workers in the building and construction trades and things that relate to fossil fuels had their families impacted. And then more workers were called in to do the infrastructure rebuilding and urgent repair work.

Then you had some political vision among trade unionists who said, “Wow, what led to this Hurricane Sandy crisis?” So instead of just running to get rebuilding work, they began to raise broader questions. And the initial part was they tried to dialogue with some of the environmental groups, but what the trade union folks found was that the inability of the environmental community to understand how to even talk to the trade unionists was a really huge problem. So they stopped inviting them.

People from the environmental movement act like people don’t understand that there’s something wrong when their home is flooded. They do understand — what they’re trying to figure out is a credible plan out of this that doesn’t mean we’re the first ones sacrificed, because that is the experience of what’s been happening.

So in the New York example, they set out to do their own internal trade union-on-trade union education process over a three-year period where they brought in experts that weren’t linked to the environmental movement, like scientists. This ultimately led to a group of unions in New York understanding that the way they could hold their standards and move into a good, cleaner economy was that they had to have the political power to shift the governor and the state House in New York to move public subsidies.

I’m all for keeping it in the ground. On the other hand, I have yet to see that when we succeed at stalling something, that the work is being done that helps the constituencies who need to unify and overcome it actually unify and overcome it. We’re in this perpetual game of tension-growing, sides throwing barbs at each other, skirmishes and warfare breaking out.

Part of a way to inoculate with pipeline and construction workers is not just have rhetoric saying there will be a lot of good new jobs. What’s a harm-neutral, shovel-ready infrastructure project that needs to be done, that would encompass the same number of jobs that are being proposed by the fossil fuel industry, in every debate that we have? And some people say things like, “It’s not our job to figure that out.” Well, OK, but it is our job to figure it out. Because we’re losing. Fatima Cucio addresses more than 100 students and other attendees of the Youth Climate Strike action in St. Louis, Mo., on March 15, 2019.

You’ve noted the success of the youth movement through school strikes. What other strategies should the climate movement be taking from the labor movement?

Most of what the environmental movement has been doing most of my lifetime, calling it grassroots organizing, is focusing on people who largely already agree with you and trying to get them out in larger numbers. The other choice means helping new people who are not engaged in the movement at all learn and process, through a political education program, who is to blame for the problems in their lives. In every union campaign, I have a universe of people who have no shared political understanding of the world. If we’re doing our job right, the worker is going to go through a very profound change.

It’s the spade work that has to be done to till the field to grow more people who understand the crisis. That is the biggest failure of the broader environmental movement. We’re relying on the people that already agree with us and trying to get them out in the streets. We can’t get there with these numbers.

What spaces right now give you the greatest hope, especially looking forward into this election?

The hopeful part is that when we’re not having a fight between entrenched interests at the national level, I think most people actually care a lot about the climate crisis. They also care a hell of a lot about what kind of an economy we’re going to have and if it’s going to enable their family to survive.