Abdi Farhan Mahmoud, 13, was on his way to school when a U.S. missile struck a mini-bus taxi he was riding in, decapitating him, his father said. 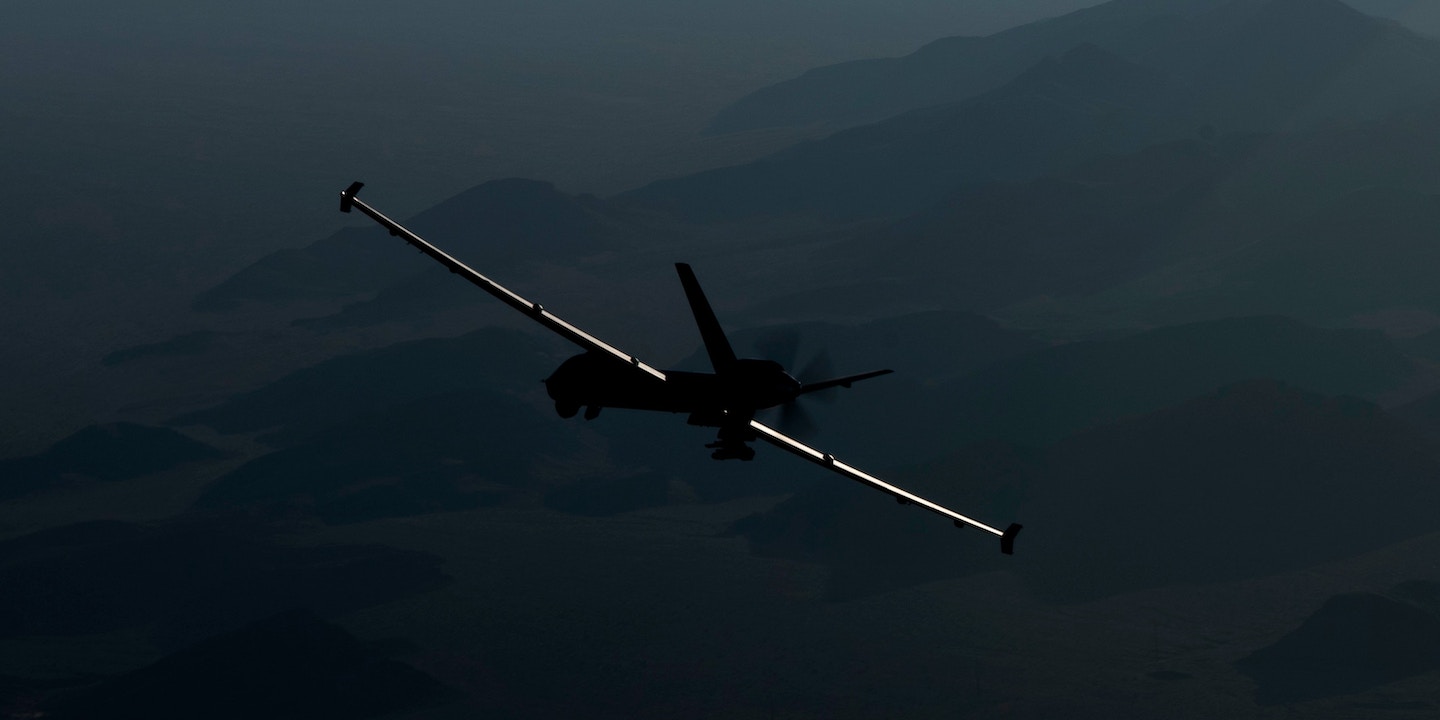 A U.S. airstrike targeting al-Shabab militants in Somalia last week killed a child and an elderly man, relatives of the dead and a Somali lawmaker told The Intercept.

A U.S. Africa Command press release issued the day of the strike near Janaale, a town about 60 miles south of the Somali capital Mogadishu, said that five “terrorists” were killed and that there were no civilian casualties. But Farhan Mahmoud Mohammed, a resident of Janaale who spoke to The Intercept by phone last Friday, told a different story.

Mohammed’s 13-year-old son Abdi Farhan Mahmoud was on his way to school when a U.S. missile struck a mini-bus taxi he was riding in. Mahmoud was decapitated in the strike, his father said. He could hardly bear to look at the boy’s charred face.

Another passenger in the minibus, 70-year-old Abdirahman Ali Waadhoor, was also killed in the attack, according to his son Abdullahi Abdirahman Ali. “My father is a disabled man. He never had a problem with anyone.” said Ali, who lives in London and saw pictures of his father’s corpse on his phone. Asked how he felt when he saw the images, Ali replied: “That’s not my father. It’s only meat. Brown meat.”

The airstrike on the minibus and the civilian deaths were corroborated by Mahad Dore, a member of the Somali parliament, who spoke to The Intercept. Local media reported that between four and six civilians, including 13-year-old Mahmoud and 70-year-old Waadhoor, were killed in the attack. The airstrike is another in an escalating campaign of U.S. attacks in Somalia that have skyrocketed under the Trump administration. While U.S. Africa Command, or AFRICOM, has publicly acknowledged only 28 airstrikes this year, the command has actually conducted 31. AFRICOM did not issue press releases about three of the strikes because “we either assessed no casualties or damage to infrastructure or vehicles was minor,” command spokesperson John Manley told The Intercept.

There have already been more U.S. airstrikes in 2020 than there were declared attacks by AFRICOM in 2015 and 2016 combined. The latter year marked the height of the Obama administration’s assault on al-Shabab, with 19 declared airstrikes. Under President Donald Trump, attacks have increased markedly to 47 in 2018 and 63 in 2019.

“We’ve continued to see a heavy tempo of U.S. strikes in Somalia,” said Chris Woods, the director of Airwars, a U.K.-based airstrike monitoring group. “Civilian harm allegations are also running high, with seven locally claimed incidents so far this year.” The group’s recently unveiled assessment of U.S. attacks in Somalia since 2007 found that civilian deaths may be 73 times greater than AFRICOM contends.

AFRICOM has launched hundreds of air and ground attacks in Somalia since 2007, but the command has admitted to killing only two civilians in a single incident in the last 13 years. However, Airwars recently identified 65 individual events in which civilians were allegedly harmed by U.S. military action since 2007. Of these, 33 attacks were either confirmed by AFRICOM or by Airwars, citing two or more credible sources, often coupled with photographic evidence and likely or confirmed military action nearby for the date in question. All told, the monitoring group found that between 76 and 146 civilians have been killed in U.S. strikes in Somalia since 2007.

Shortly after the March 10 attack near Janaale, allegations of civilian casualties began circulating on social media. “We are aware of the reports you mention and are currently assessing the strike,” Manley told The Intercept last week. “At this time, we assess no civilians were killed or injured in that strike.” It takes at least four weeks for AFRICOM to assess civilian casualty allegations, Manley said.

Last year, researchers from the Center for Civilians in Conflict and Columbia Law School’s Human Rights Institute conducted a civilian casualty workshop with AFRICOM personnel that involved reviewing their civilian casualty assessment process. The researchers found that, between 2016 and 2019, the command has failed to conduct even a single interview with civilian witnesses of its airstrikes. “We have not directly engaged civilian victims or witnesses in Somalia for various reasons, including a lack of access to locations in al-Shabab strongholds and because we are able to assess civilian casualty allegations through multiple methods,” AFRICOM’s Manley told The Intercept.”

The situation looks different to many Somalis. “When I see daily air raids, I see the Pentagon is on steroids and could care less about human life and dignity,” said Hussein Sheikh-Ali, former national security and counterterrorism adviser to the current president of Somalia. “Somalis welcome the elimination of dangerous guys, but they don’t appreciate it when their own lives are taken in the process.”

Brian Castner, Amnesty International’s senior crisis adviser on arms and military operations, said the latest airstrike echoes earlier U.S. attacks that have killed civilians. “Based on the initial reports we’ve seen, this looks like another example of AFRICOM not fully knowing who they are targeting and killing,” he told The Intercept. “Somalis deserve a rapid admission of responsibility, and then compensation for the surviving families.”

AFRICOM regularly announces that its airstrikes are conducted in coordination with Somalia’s federal government. That’s where Farhan Mahmoud Mohammed, whose 13-year-old son was killed in the attack, focused his fury. The pain was evident in his voice as he spoke about his child and the Somali government that he believes aided and abetted the boy’s death. “My son was very open minded,” he told The Intercept. “He loved me so much.”

Update: March 19, 2020, 3:03 p.m. ET
This article has been updated to include the most recent figures for U.S. airstrikes in Somalia this year.