As Coronavirus Looms in Federal Detention, People Inside Are Being Denied Constitutional Right to Speak With Lawyers

Unable to reach their clients, lawyers worry the government is taking little action, even with reports of widespread coronavirus symptoms inside. 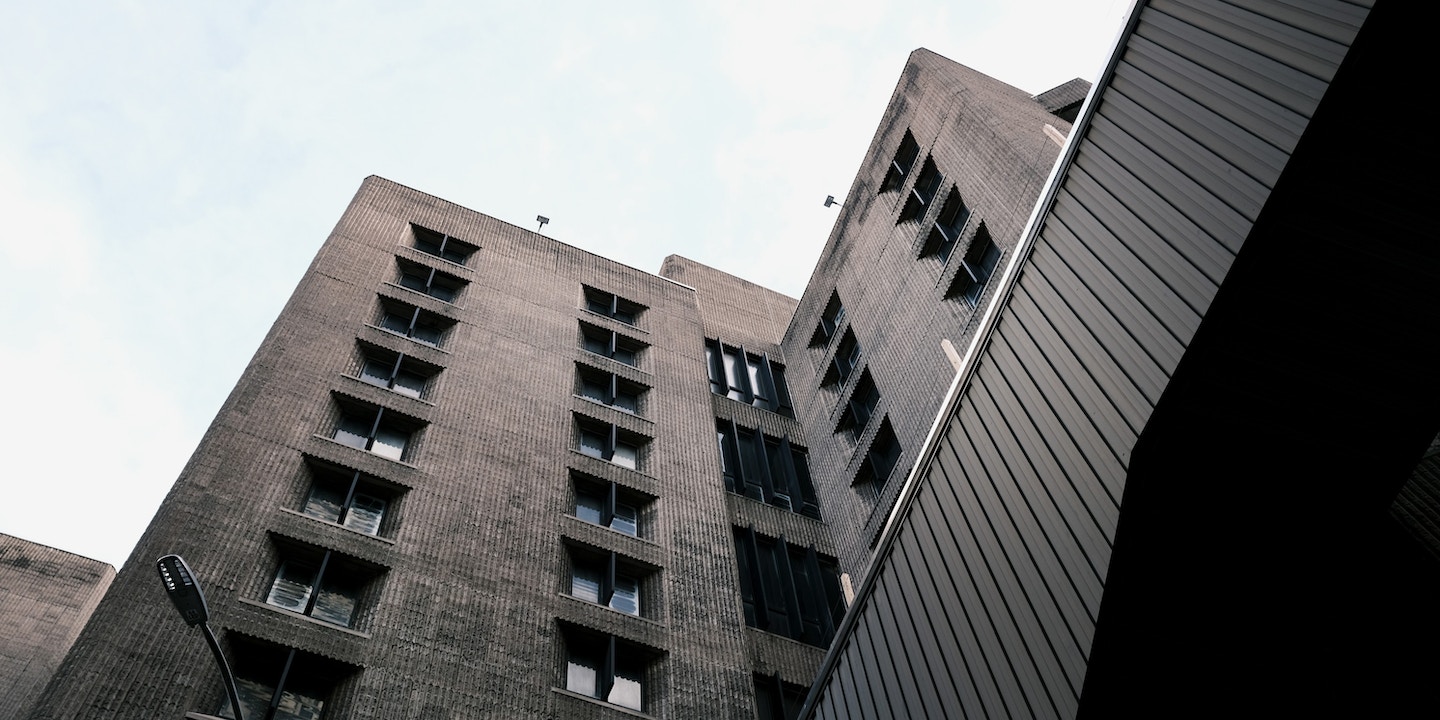 As much of the New York City’s media focused on the brewing coronavirus disaster in the city’s jails on Rikers Island, a parallel crisis is looming at the federal jails located in the city: the Metropolitan Correctional Center in Lower Manhattan and the Metropolitan Detention Center in Brooklyn.

Nationwide, according to Bureau of Prison statistics, the number of positive cases of coronavirus in federal jails and prisons exploded by 8,600 percent in the two weeks since March 20 — an increase that’s especially concerning given the vulnerability of the people locked in conditions they can’t control. By Bureau of Prison estimates, roughly a third of the people incarcerated in MDC and MCC are at elevated risk of severe illness by the Centers for Disease Control and Prevention’s standards.

Jail officials are not holding off on testing for want of incarcerated people showing alarming symptoms: Clients have told lawyers that their housing units are full of coughing people.

By all accounts, jail officials are not holding off on testing for want of incarcerated people showing alarming symptoms: Little information is trickling out of the locked-down facilities, but clients have told lawyers that their housing units are full of coughing people.

As lawyers raced to file bail applications to get vulnerable clients released from these potential death traps, federal prosecutors resisted, arguing with straight faces that sick and elderly people are actually better off inside. In an April 1 federal court teleconference before Judge Kevin Castel in the Southern District of New York, Assistant U.S. Attorney Louis Pellegrino told the court that James Woodson — an HIV-positive, immunocompromised person with hypertension and chronic lung conditions — should not be let out earlier than his scheduled December release date.

Pellegrino relied on the low number of positive tests inside MCC — ignoring the incredibly low number of overall tests — to argue that Woodson should remain incarcerated. With only four positive tests out of more than 700 incarcerated at the facility, Pellegrino said, the jail’s infection rate was only half a percent. “Outside the prison walls, the pandemic is increasing at a rate of, like, 14 percent per day,” Pellegrino said. “Sixteen percent of NYPD officers are out. And in some – I guess 30 ZIP codes in New York, there’s a rate of 58 to 77 percent testing positive outside the prison. So we don’t think an emergency exists such that Mr. Woodson, even with his heightened risk factors, is going to be any better off getting out of MCC. Whatever MCC’s problems have been both historically and in the recent past, they seem to be doing a very good job of containing this, as compared to the outside world.”

As defense attorneys try to file bail applications, they’re hamstrung by the fact that jail officials are making it all but impossible to even talk with their clients. According to the Federal Defenders of New York, a public defender organization, approximately half of all attorney requests to speak with clients held at MDC or MCC have been completely ignored since March 13, receiving no response at all.

Meanwhile, the Eastern and Southern Districts of New York stopped holding actual trials last month, but legal decisions with high-stakes consequences for people locked inside are still happening every day. So denying incarcerated people access to their lawyers not only makes it difficult to get vulnerable people out of jails, but also hurts defendants in all their other ongoing legal matters.

People facing capital charges, for instance, still have to meet deadlines to file mitigation statements arguing why they shouldn’t be put to death. Prosecutors are still indicting people and preparing cases, and defense attorneys are receiving discovery material — the prosecutors’ evidence in the case — that they can’t fully understand unless they review it with their clients.

“You can’t just jail them and say, ‘We’ll get back to you on the whole right-to-a-lawyer thing.’”

This amounts to a constitutional violation, since the Sixth Amendment guarantees of a right to counsel is the bedrock of the American justice system, said David Patton, executive director of the Federal Defenders of New York, in an interview. “You can either jail people constitutionally, or you can’t jail them,” Patton said. “You can’t just jail them and say, ‘We’ll get back to you on the whole right-to-a-lawyer thing.’”

Yet, thus far, “We’ll get back to you” is pretty much exactly what the Bureau of Prisons is saying. When jail officials started throttling access to lawyers as the pandemic accelerated, the Federal Defenders reopened a lawsuit they first filed in the winter of 2019, when MDC officials cut off legal visits during a weekslong blackout and heating crisis at the jail. The Defenders are asking for the court to order Bureau of Prisons staff to give people in their jails access to lawyers. But the U.S. Attorney for the Eastern District of New York — which, in addition to prosecuting the people held at MDC and MCC, also represents the Bureau of Prisons as a client — argued that a court order mandating access to legal counsel was a bad idea. Instead, Justice Department lawyers argued, jail officials should be given time to make a study of the situation to better understand just why any problems with communication might exist.

The court appointed a mediator in the case, Obama administration Attorney General Loretta Lynch, herself a former U.S. Attorney for the Eastern District, to help resolve the dispute. But in her first report to the court and in a telephone conference on Friday, Lynch appeared to be more focused on ensuring healthy dialogue between the parties and creating a system for tracking and reporting access to telephones than in making jail officials provide legal access immediately. “I am pleased to report that my conversation and interaction with both parties has remained open, it has remained robust,” Lynch told the court. “It is my view that both parties have a strong commitment to dealing with the very important and serious issues.”

Not Even Telephone Calls

With no one exerting meaningful accountability, jail officials continue to make vague assurances and break the specific promises they have made. On a March 25 call with Lynch and the Federal Defenders, Bureau of Prison officials said they were setting up a system to allow videoconferencing for people held at MDC and their lawyers; by March 31, the officials said, they would be able to accommodate 10 video-conference calls a week. That turned out not to be true. Despite a large number of requests for the video meetings, MDC staff only approved three videoconferences last week. MCC, meanwhile, has cancelled videoconferencing altogether.

While video calls are the best substitute for in-person visits for people who need to review documents with their lawyers, even basic telephone calls are becoming increasingly difficult. In a separate court phone conference last week, MDC Warden Derek Edge asserted that the two jails between them have a maximum capability of 15 to 20 telephone calls per day. That number seems hard to justify, defenders say, given that every housing unit has a telephone. Edge’s estimate adds up to barely one or two calls per unit per day. Correctional staff, terrified of the disease incubators that their workplaces have become, have indeed begun to call out sick, reducing available staff. But since the jails have shut down all family and legal visitation, it’s unclear why a few of the many guards required to facilitate visits can’t get the people in their charge to a telephone.

All this talk about process and fact-finding obscures a fundamental constitutional issue, said attorney Sean Hecker, who is representing the Federal Defenders in their suit. Hecker told Judge Margo Brodie in a phone conference Friday, “If the BOP cannot ensure meaningful attorney access for people in the custody, they need to release enough people in their custody to ensure that those who are there have their Sixth Amendment rights respected.”

He added that the Bureau of Prisons simply hasn’t made access to legal counsel a priority: “After two weeks, that we’re talking about collecting the data that will allow us to understand why we can’t get attorney calls or videoconferences scheduled? Respectfully, that is not reflective of any sense of urgency.”

“There are many people who are coughing and feverish. There’s a lot of terror, a lot of people not getting medical care.”

If people aren’t being allowed to talk to their lawyers, the Justice Department can’t carry on as though everything’s normal, Hecker told the court. “The government cannot continue to prosecute criminal cases and then tell us that we can’t be sure that we can have a phone call with our clients within a two-day period,” he said. “That can’t be how this works.”

Hecker asked the judge to call jail officials’ bluff and order them, if they’re unable to provide timely phone calls to lawyers, to at least make a sworn statement explaining why they were unable to do so. Government lawyers bristled at the suggestion that they be bound by a court order.

“Do this through the mediation process, let this process continue, allow us to collect the data,” Seth Eichenholtz, of the U.S. Attorney’s Office for the Eastern District, told the court. “We can’t do that in the context of the court order. It’s a very different track and it’s too rigid a structure.”

Brodie decided not to issue the order Federal Defenders had asked for, but did direct jail officials to report by Monday how many telephone calls they can accommodate each day, which they had so far refused to do, even under the judge’s direct questioning.

In the meantime, people inside MDC and MCC wait, cut off from their families and lawyers and increasingly despairing. “There are many people who are coughing and feverish,” said Deirdre von Dornum, attorney-in-charge of the Federal Defenders for the Eastern District of New York, who has spoken to people inside the facilities and who supervises other lawyers who have also done so. “There’s a lot of terror, a lot of people not getting medical care, a lot of frightened staff, and a growing sense among the inmates, just as in the blackout last year, that we’ve been left here to die.”